It provides a place where Christians of various backgrounds can speak on the basis of shared belief in the fundamental doctrines of the faith as revealed in Holy Scripture and summarized in the ancient creeds of the Church.

To the confusion of voices in the world on matters of order in religious, social, and cultural life, it speaks with a unified voice of that which, manifest in creation and divine revelation, flows from the life of God himself.

Read what people are saying about Touchstone 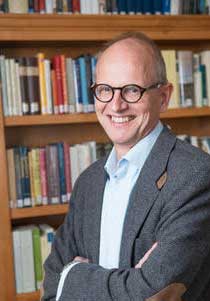 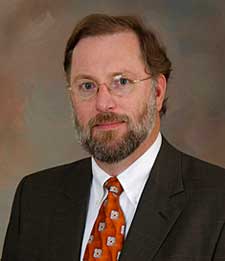 Thomas S. Buchanan, Ph.D., is the George W. Laird Professor of Mechanical Engineering and Biomedical Engineering at the University of Delaware. He has studied at UCSD, Northwestern University and MIT, and has held visiting professorships at the University of Western Australia and the University of Aix-Marseille in France. He has held many academic administrative positions, including department chairman, deputy dean and institute director, as well as national leadership positions such as president of the American Society of Biomechanics and editor-in-chief of the Journal of Applied Biomechanics. Dr. Buchanan is on the Board of Trustees of Saint Katherine College and serves on the editorial board of Touchstone where he had a regular column, "Practical Christianity."

Dr. Allan C. Carlson earned his Ph.D. in Modern European History from Ohio University. In 1997 he launched The World Congress of Families, which has since held fifteen major international pro-family and pro-life assemblies, most recently in Verona, Italy. He is also the Founder and President Emeritus of the Howard Center for Family, Religion & Society in Rockford, Illinois, now rebranded as The International Organization for the Family. He continues to serve as Editor of its publication, The Natural Family: An International Journal of Research and Policy.

Dr. Carlson is the author of fifteen books on questions of family and society. These include: Godly Seed: American Evangelicals Confront Birth Control 1873- 1973 (Routledge); The ‘American Way’: Family and Community in the Shaping of the American Identity (Intercollegiate Studies Institute); and The Natural Family Where It Belongs: New Agrarian Essays (Taylor and Francis). His essays have appeared in The Washington Post, Modern Age, The Wall Street Journal, The Journal of Social Issues, Society, The San Diego Law Review, The Chesterton Review, Communio, The University Bookman, and over sixty anthologies. He has been a frequent guest on ABC, CBS, MSNBC, PBS, BBC, and CBC broadcasts and for many other national and international media outlets.

Dr. Anthony Esolen is a professor at Magdalene College of the Liberal Arts in Warner, New Hampshire, and the author of many books, including Life Under Compulsion (ISI Books), Real Music: A Guide to the Timeless Hymns of the Church (Tan, with a CD), Out of the Ashes: Rebuilding American Culture (Regnery), and The Hundredfold: Songs for the Lord (Ignatius Press, 2019). Previously he has taught at UNC and Furman University. Dr. Esolen's other publications include: Ten Ways to Destroy the Imagination of Your Child (ISI Press), The Politically Incorrect Guide to Western Civilization (Regnery Press) and Ironies of Faith (ISI Press) ; and Life Under Compulsion: Ten Ways to Destory the Humanity of Your Child (ISI Press). He is a regular contributor to The Claremont Review, First Things, Touchstone, Catholic World Report, Magnificat, This Rock, and Latin Mass. He is also the commentator on the new English translation for the Roman Missal Companion, The Beauty of the Word,which is published by Magnificat.

Dr. Robert P. George lectures on constitutional law, civil liberties, and philosophy of law at Princeton University, where he is McCormick Professor of Jurisprudence and Director of the James Madison Program in American Ideals and Institutions. A native of West Virginia, George holds JD and MTS degrees from Harvard University and the degrees of DPhil, BCL, DCL, and DLitt from Oxford University. He has received twenty-two honorary doctorates.

Dr. George has served as Chairman of the U.S. Commission on International Religious Freedom and, before that, as a member of the President's Council on Bioethics and a presidential appointee to the U.S. Commission on Civil Rights. He is a recipient of the U.S. Presidential Citizens Medal, the Honorific Medal for the Defense of Human Rights of the Republic of Poland, the Canterbury Medal of the Becket Fund for Religious Freedom, and Princeton University’s President’s Award for Distinguished Teaching, among other honors. He is a member of the Council on Foreign Relations and is Of Counsel to the law firm of Robinson & McElwee, His most recent book is Conscience and Its Enemies: Confronting the Dogmas of Liberal Secularism.

Dr. James Hitchcock is professor emeritus of history at St. Louis University, his alma mater. He holds degrees (MA, PhD) from Princeton University. Dr. Hitchcock writes and lectures frequently on Church issues. He is a founding board member of the Fellowship of Catholic Scholars, a senior editor of Touchstone magazine, and associate editor of Human Life International.

Dr. Hitchcock's books include, among others, What is Secular Humanism?; Years of Crisis: Collected Essays, 1970-1983; Recovery of the Sacred; the two-volume work, The Supreme Court and Religion in American Life (Princeton, 2004). His most recent book (and magnum opus) is History of the Catholic Church: From the Apostolic Age to the Third Millennium (Ignatius Press, 2012).

The husband of Helen Hull Hitchcock (d. 2014; editor of Adoremus Bulletin and president of Women for Faith & Family), Dr. Hitchcock lives in St. Louis and has four adult daughters.

Steven Mark Hutchens, Ph. D.—Disturbed early on by controversy and disunity among professing Christians, Hutchens began in early adulthood to study the doctrine and lives of as many churches as possible, beginning with those of the fundamentalists and Evangelicals among whom he was raised. The pilgrimage this required was taken through a number of seminaries and divinity schools, Protestant and Catholic, liberal and conservative. During doctoral studies he was a Congregationalist minister.

Influenced by C. S. Lewis and the Mercersburg theologians and aided by Harold O. J. Brown and Carl Braaten, under whose supervision he wrote his dissertation, his conclusions include rejection of religious modernism and its satellite theologies, including those of egalitarianism, as fundamentally anti-Christian, and a rough ranking of the believing churches from greater to lesser levels of understanding. In this ranking Eastern Orthodoxy stands first as the body whose theology and method comprehend the pervading Christological paradox upon which the faith and its Scriptures (with all creation) are established, and avoids missteps made by the most theologically encumbered Western churches.

These conclusions, however, make one no more than a bad Protestant, and attractive to no one hiring teachers of theology, so Hutchens served as a reference librarian for twenty years, retiring in 2015 to become Touchstone's book review editor. He has been Chairman of the Fellowship of Saint James and is a senior editor of Touchstone, in which most of his writing appears. He has also published essays and reviews in The New Oxford Review, The Congregationalist, The Southern Baptist Journal of Theology, The Religion and Society Report, The Evangelical Catholic, Sursum Corda, Books and Culture, and The New Atlantis. He and his wife Mary live near Racine, Wisconsin, and have two daughters.

Dr. Leon J. Podles holds a Ph.D. in Old English and Old Icelandic from the University of Virginia. Some of his recent publications include The Church Impotent: The Feminization of Christianity (Spence) and Sacrilege, an in-depth look at sexual abuse in the Catholic Church. His latest book is Meek or Macho: Men and Religion, due out in 2017 from St. Augustine's Press. His work has appeared in numerous publications including America, The American Spectator, and Crisis.

After serving as a federal investigator for 20 years, Dr. Podles founded the Crossland Foundation, a non-profit organization dedicated to advancing Christian culture through education. He is involved in his own community by serving on the boards of the Baltimore Area Council of Scouts and the Baltimore Opera Company. He and his wife Mary are the parents of six children. He resides in Baltimore, Maryland, and Naples, Florida.

Patrick Henry Reardon, a retired pastor in the Orthodox Church resides in Chicago with his wife Denise. Educated many decades ago at Southern Baptist Theological Seminary in Louisville, St Anselm's College and the Pontifical Biblical Institute in Rome, and St. Tikhon's Orthodox Seminary in South Canaan, PA, he taught at several colleges and two seminaries over the years and pastored congregations in Florida, Oklahoma, Pennsylvania, and Illinois. He has published eleven books and numerous articles, reviews, and editorials in several journals. 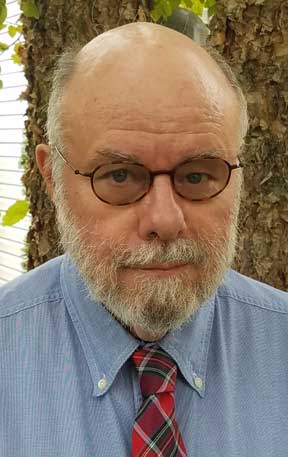 William J. Tighe was born in Lowell, Massachusetts in 1952. A graduate of Georgetown University, Yale University and Cambridge University, he has taught in the History Department of Muhlenberg College in Allentown, Pennsylvania since 1986. His scholarly specializations lie in the area of British History from about 1400 to about 1700 and the English Reformation, although he teaches courses over a wide range of European History from the Renaissance to the French Revolution. He began writing for Touchstone in 1998 and is also a contributing editor for the journal New Oxford Review. He a member of St. Josaphat Ukrainian Catholic church in Bethleherm, Pennsylvania. He and his wife Silvija live in Allentown and are the parents of three adult children. 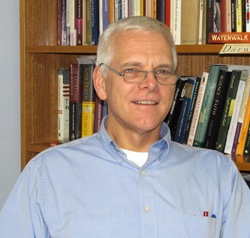 James M. Kushiner is the Executive Editor of Touchstone: A Journal of Mere Christianity, which he formed in 1986 as an occasional newsletter. The publication expanded into a quarterly journal in 1987 and he became its editor in 1992, when he established an editorial board of Protestants, Catholics and Orthodox Christians. He developed Touchstoneinto a bimonthly magazine in 1998. Kushiner edited Creed & Culture: A Touchstone Reader, (2003, ISI books), a collection of Touchstone's best 21 essays from its first ten years of publication. His most recent talk, "Marriage: Evolving or Intelligently Designed? Why There Can Never Be Any Such Thing as 'Same-Sex Marriage'," was presented at the Wheatley Institute, Brigham Young University, on October 29, 2015, in Provo, Utah.