The Benedict & Other Options for Facing the World, the Flesh & the Devil

Thank you for making this our best conference yet!
Video & audio of the conference will be available soon. 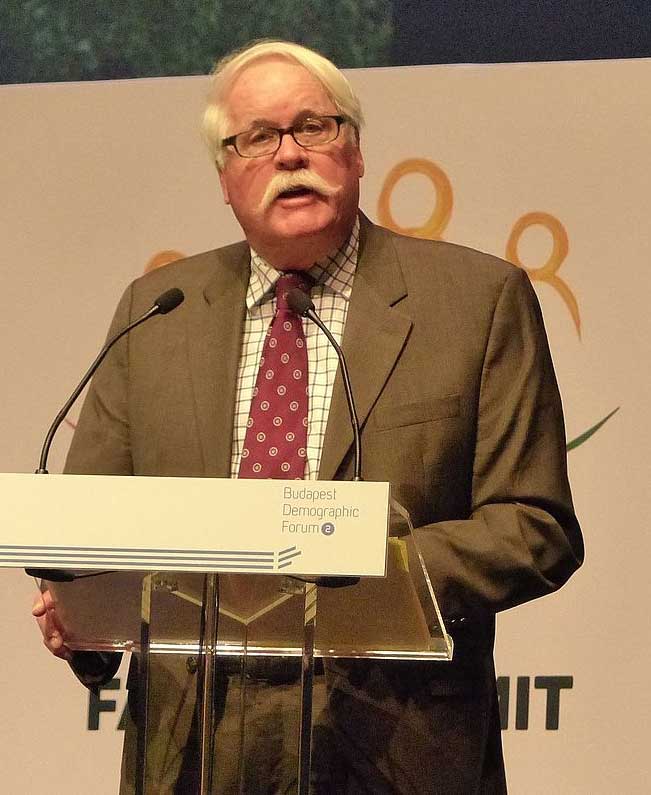 Touchstone senior editor Allan C. Carlson is Distinguished Senior Fellow of the International Organization for the Family and Editor of The Natural Family: An International Journal of Research and Policy. He is also Founder of the World Congress of Families, which held its 13th major international conference this past Spring in Verona, Italy. Among his most recent books are: Godly Seed: American Evangelicals Confront Birth Control 1873-1973 , Conjugal America: On the Public Purpose of Marriage, and Third Ways: How Bulgarian Greens, Swedish Housewives, and Beer Swilling Englishmen Created Family-Centered Economies—And Why They Disappeared .

Erin Doom serves as the Executive Director of Eighth Day Institute, an educational non-profit he founded to promote the renewal of culture through faith and learning. He is the editor of the journal Synaxis and of the series A Word from the Fathers. He has written on the iconoclastic controversy (“Patriarch, Monk & Empress: A Byzantine Debate Over Icons”) and recently completed his PhD dissertation in theology on “The Neo-Patristic Synthesis for a Secular Age: A Twentieth Century Russian Orthodox Response to a Twenty-First Century Canadian Catholic Diagnosis. 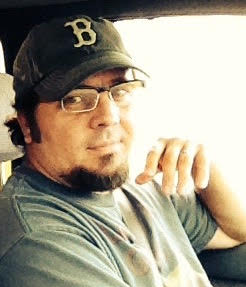 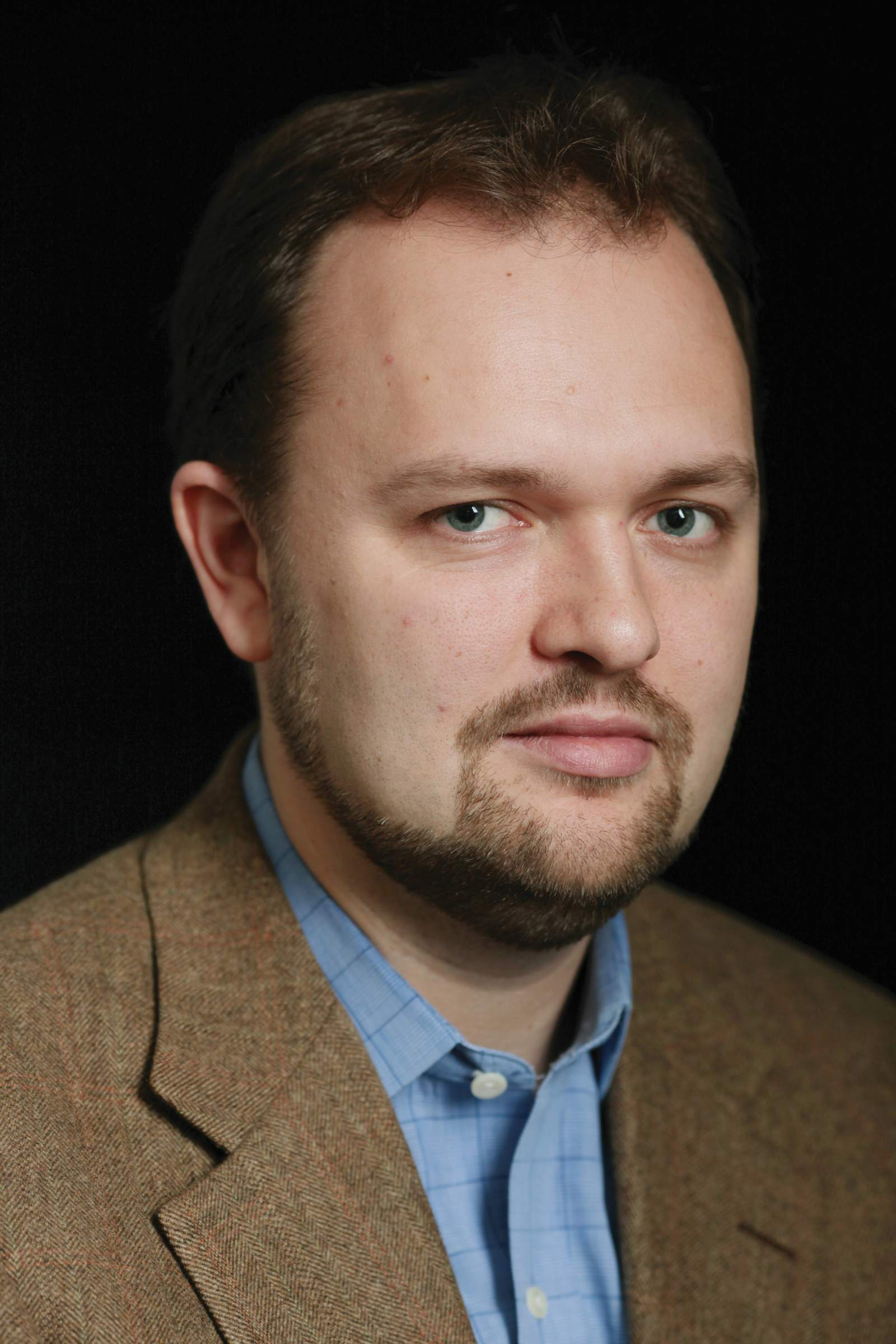 Ross Douthat is a columnist for The New York Times op-ed page. He is the author of To Change the Church, Privilege, and Grand New Party. Before joining The New York Times, he was a senior editor for The Atlantic. He is the film critic for National Review, and he has appeared regularly on television, including Charlie Rose, PBS NewsHour, and Real Time with Bill Maher.

Rod Dreher is a senior editor at The American Conservative. He has written and edited for the New York Post, The Dallas Morning News, National Review, the South Florida Sun-Sentinel, the Washington Times, and the Baton Rouge Advocate. Rod's commentary has been published in The Wall Street Journal, Commentary, The Weekly Standard, among other publications. He has also written The Benedict Option: A Strategy for Christians in a Post-Christian Nation, The Little Way of Ruthie Leming, and Crunchy Cons. 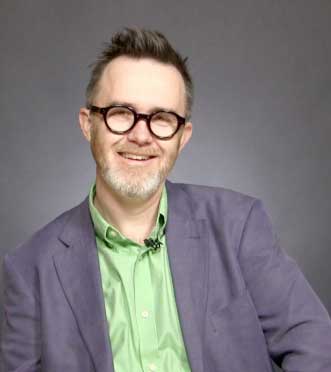 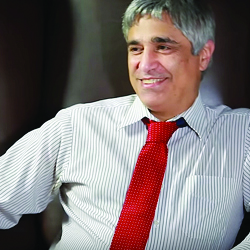 Touchstone senior editor Anthony Esolen teaches English at Thomas More College in Merrimack, New Hampshire, and is the author of many books, including Defending Marriage: Twelve Arguments for Sanity (St. Benedict Press), Life Under Compulsion: Ten Ways to Destroy the Humanity of Your Child (ISI Books), Real Music: A Guide to the Timeless Hymns of the Church (Tan, with a CD), and Out of the Ashes: Rebuilding American Culture (Regnery). He has also translated Dante's Divine Comedy (Random House).

Douglas Farrow is Professor of Theology and Christian Thought at McGill University in Montreal. He taught formerly at King’s College London. His recent books include Ascension Theology, Desiring a Better Country, and Theological Negotiations. A volume on the Thessalonian letters will appear shortly in the Brazos Theological Commentary series. Professor Farrow is a member of the Academy of Catholic Theology and is active in the work of the Institute on Religion and Public Life, of Evangelicals and Catholics Together, and of the Cardus Religious Freedom Institute in Ottawa. 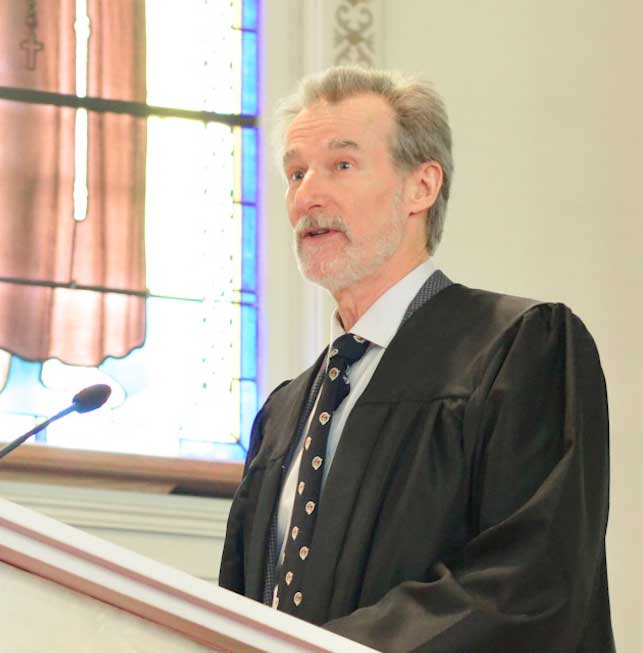 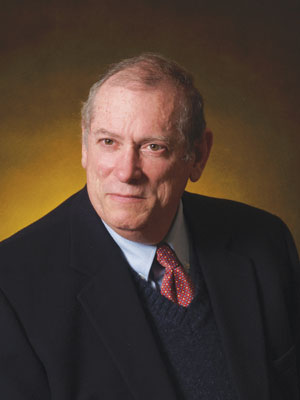 S. M. Hutchens is a former chairman of the Fellowship of St. James and a senior editor of Touchstone, for which he has been writing for nearly thirty years. A protégé of Harold O. J. Brown, he was ordained in a Congregationalist church in 1984, has studied at numerous graduate schools of theology, liberal and conservative, Protestant and Catholic, and received a Ph.D. in theology under Carl Braaten for a dissertation on Karl Barth and Carl F. H. Henry. Most of his published work has appeared in Touchstone, but he has written essays and reviews for various weblogs, The New Oxford Review, CTi’s The Best of Theology, The Congregationalist, The Southern Baptist Journal of Theology, The Religion and Society Report, The Evangelical Catholic, Sursum Corda, Books and Culture, and The New Atlantis. Selections from his writings will be found in his forthcoming book, The Tumult of Her Wars. He and his wife Mary live near Racine, Wisconsin, and have two adult daughters.

Patrick McCaskey is a Chicago Bears board member and the Bears' Vice President of Special Projects. He has been working for the Bears since 1974. He is Chairman of Sports Faith International, a non-profit, Chicago-based initiative dedicated to inspiring and transforming our culture through the world of sports. He is the author of six books: Bear with Me: A Family History of George Halas and the Chicago Bears, Sports and Faith: Stories of the Devoted and the Devout, Pillars of the NFL: Coaches Who Have Won Three or More Championships, Sports and Faith: More Stories of the Devoted and the Devout, Pilgrimage: A Sports & Faith Series Book, and Worthwhile Struggle. 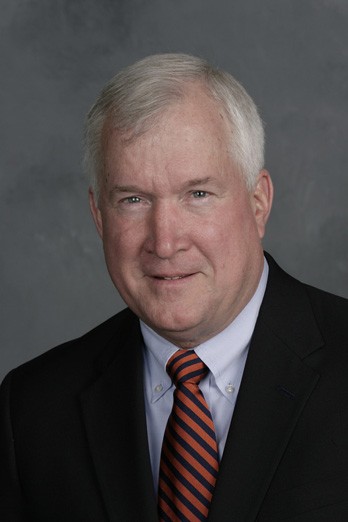 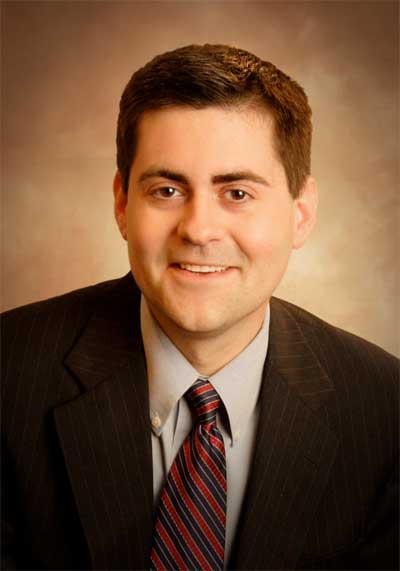 Touchstone senior editor Russell D. Moore is president of the Ethics & Religious Liberty Commission of the Southern Baptist Convention. The ERLC is the moral and public policy entity of the nation's largest Protestant denomination. His latest book, The Storm-Tossed Family: How the Cross Reshapes the Home, was named Christianity Today's 2019 Book of the Year. This prestigious award was also conferred upon Moore's previous book, Onward: Engaging the Culture Without Losing the Gospel, by Christianity Today in 2016. In addition to these titles, he has also written Adopted for Life: The Priority of Adoption for Christian Families and Churches and Tempted and Tried: Temptation and the Triumph of Christ.

Leah Libresco Sargeant grew up as an atheist and converted to Catholicism after she picked fights with the most interesting wrong people she could find at Yale University. Her writing has appeared in The Washington Post, First Things, USA Today, America, The American Conservative, Commonweal, The American Interest, and other outlets. She is the author of Arriving at Amen (on her conversion) and Building the Benedict Option (on creating Christian community). She has spoken on CNN, at Theology on Tap in multiple countries, and at Chicago Ideas Week. She currently serves as co-coordinator of the Aquinas Institute for Catholic Life at Princeton. 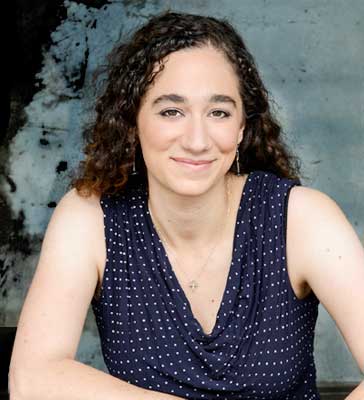 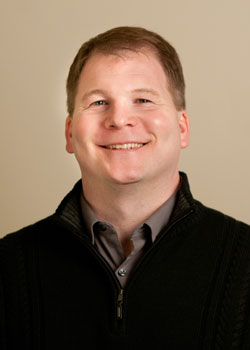 John Stonestreetk serves as president of the Colson Center for Christian Worldview. He’s a sought-after author and speaker on areas of faith and culture, theology, worldview, education and apologetics. John is the daily voice of BreakPoint, the nationally syndicated commentary on the culture founded by the late Chuck Colson. He is also the voice of the Point, a daily one-minute feature on worldview, apologetics and cultural issues. Before coming to the Colson Center in 2010, John served in various leadership capacities with Summit Ministries and was on the biblical studies faculty at Bryan College (TN). John has co-authored four books: A Practical Guide to Culture, Restoring All Things, Same-Sex Marriage, and Making Sense of Your World: A Biblical Worldview. John holds degrees from Trinity Evangelical Divinity School (IL) and Bryan College (TN). He and his wife, Sarah, have four children and live in Colorado Springs, CO. Connect with John at BreakPoint.org, or follow him on Twitter (@jbstonestreet).

John Yocum is a professor at Sacred Heart Major Seminary, and a member of the Servants of the Word, a brotherhood of celibate men in the Sword of the Spirit, which is composed of more than 100 communities and groups in around 30 countries, with Eastern and Oriental Orthodox, Catholic, Anglican and Protestant members, and a wide variety of mission groups and outreaches. He works with communities across the region and serves on the executive committee of the international teaching team for the Sword of The Spirit. John has a Doctorate in Theology from The University of Oxford. He has taught Theology at Oxford and at Loyola School of Theology in Manila, and currently teaches at the Catholic Seminary in Detroit, Michigan. 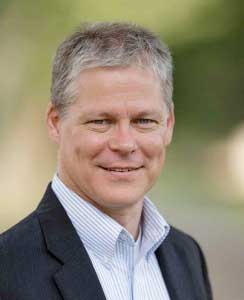 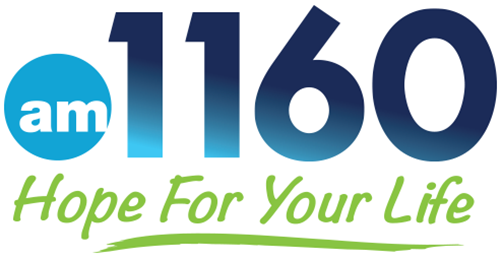 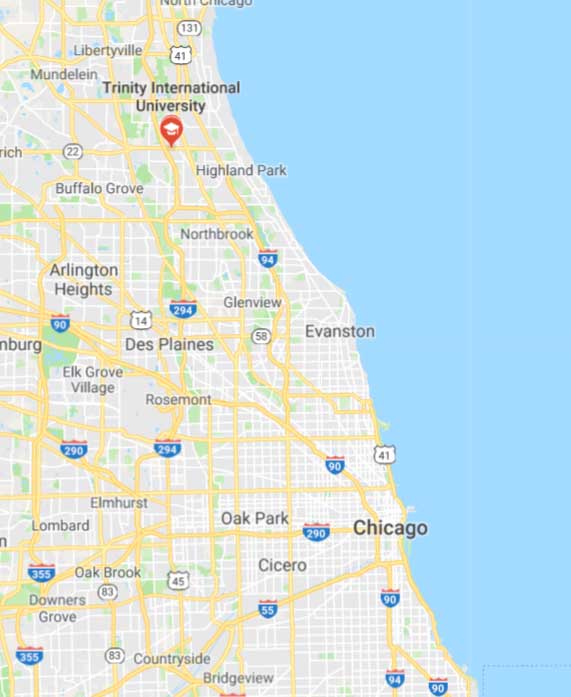 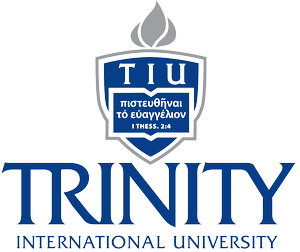 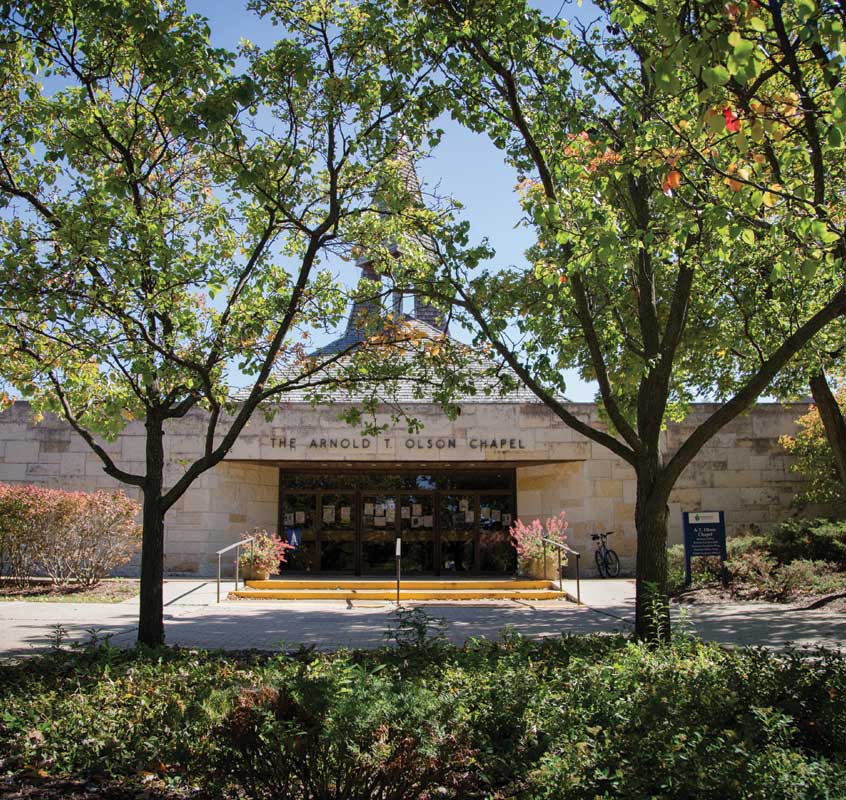 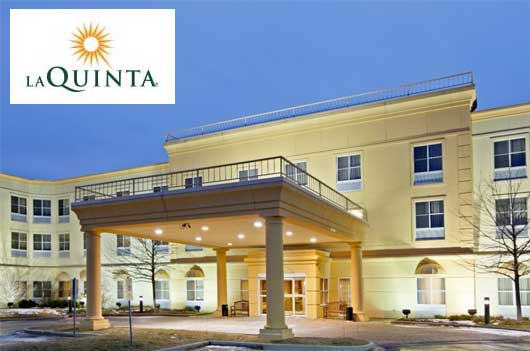 Sponsorship packages can be purchased at The Fellowship of St. James online store.