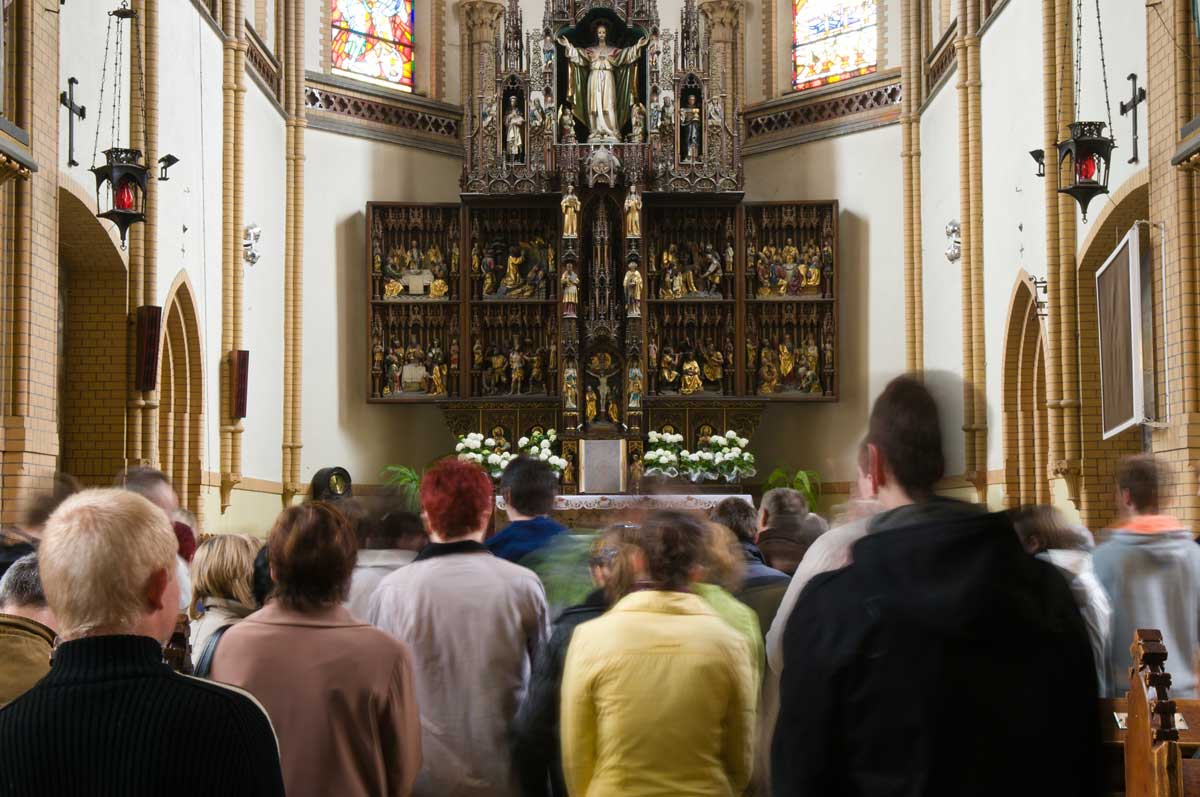 I have seen enough of secular life in the academy to make the following claim, which I have made in various forms over the last ten years: Man is united only from above, never from below. Only when he and his fellows turn their eyes toward the transcendent will they ever forget their reasons for hatred or suspicion or mere separation from one another, and be brothers again. Irene Dunne, one of the Roman Catholic conservatives in Hollywood in the days when that sink of iniquity was still half-sane and half-decent, used to say that we will never know the brotherhood of man without the fatherhood of God.

The only thing quick about the secular academy in my time is its sand, the wet and heavy sand of enforced uniformity, that satanic parody of unity, while beneath it and within its dark heart seethe all the old hatreds of man. Any actual communion of minds and souls gasps out its consumptive life in inverse relation to the prominence of patter about "community," just as any diversity of fully realized human souls may only be discovered in a few forgotten corners of the campus, which the idolaters of diversity have not sprayed with their herbicides.