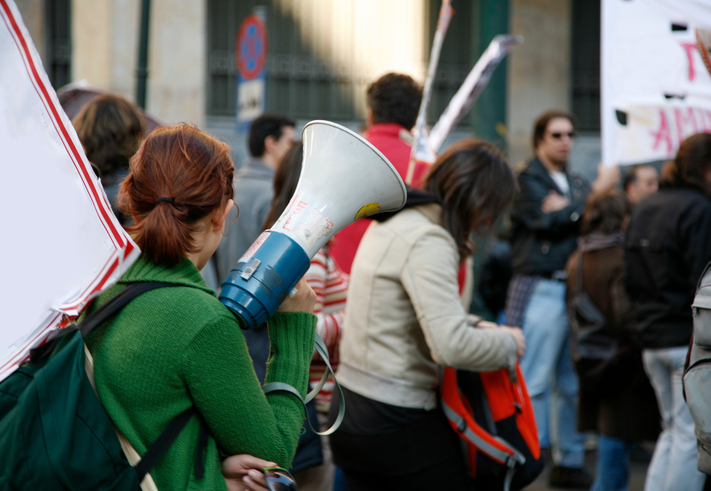 That is not the case with the mob. The pitcher "cuts" the ball on his belt buckle to make his pitch dance, hiding his violation from the umpire. The professor, giving way to partisan inclination, tweaks the results of one of his sources, and raids another which he does not name. These sinners cheat, but their hypocrisy still recognizes, at least in theory, the good wherein they participate.

The batter runs the bases backwards. The professor takes a bullhorn and marches around campus, crying out, "Death to Patriarchy!" The priest interrupts the procession to dance with a man in drag, and to give the hosts of the Eucharist to a clown, to juggle. Here we have something worse than the poor show, or the cheat. We have the spoilsport, the travesty, the sacrilege. We do not have a bad baseball game. We have no game at all. We do not have a slipshod religious procession. We have no religious procession.  And we do not have a college, the sacred space set aside for the sake of truth. We have a tremendously expensive vacant lot for use by political mobs.

Remember What They Are

I assume that no sane person would have his financial blood drawn down to the dregs to support a vacant lot trampled by mobs. The public does have an interest in the sacred space of the college, and in its protection. Though the irony may be lost on our secular contemporaries, who seem to believe that the true university sprang like Athena full-grown from the head of a doper at Berkeley fifty-odd years ago, we may end up owing the survival of reason and its sanctuary to Christians, who invented the institution in the first place.

May owe—if professors, students, and administrators of Christian colleges remember what they are. For at my college right now, that Corpus Christi procession I imagined was forbidden, on the grounds that it might be "divisive," but political demonstrations enjoy official sanction and approval. Hey hey, ho ho.