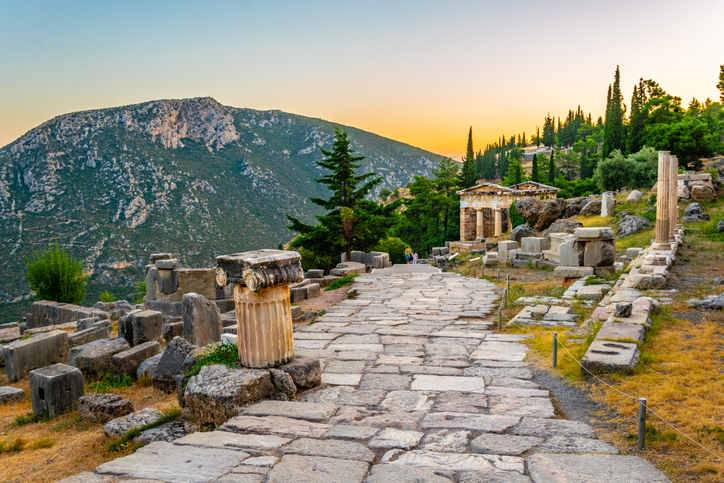 I remember the first time I heard a dramatic reading of Sophocles' Oedipus Rex in high school. I could not make heads or tails of it. There was no reason that Oedipus should suffer his fate, and he did everything possible to avoid it. What, I wondered, is a fella supposed to do?

I was not rescued from my bewilderment until I happened to stumble upon an essay by G.K. Chesterton, who explained Oedipus Rex to me by way of Macbeth and the church:

What Chesterton's essay revealed is that I had asked the wrong question. The question isn't "Why did the Greeks think that way?" but rather "Why did we stop thinking that way?"

In the June 2007 issue of Touchstone, Anthony Esolen explores Oedipus through the lens of a different story. Like Oedipus, King David comes to a humiliating knowledge of who he is. "You are the man!" declares the prophet Nathan in that crushing moment. But, Anthony Esolen tells us, unlike Oedipus, there's more to the Jewish and Christian story in which "A single act of love from the heart of the Almighty explodes the tense yet static confrontation between the classical heroes and the gods."

The gods know what men do not. They may hoard up their knowledge to punish the wicked, or to bring innocent men to destruction, or they may parcel it out, little by little, to teach men the hard lessons of humility and wisdom. An example from ancient Greece will illustrate the point.

One day a young man fell into a quarrel at a three-way intersection on the road to Thebes, and killed the man in the chariot who had struck him and tried to hustle him aside. As Sophocles’ King Oedipus opens, this same passionate Oedipus, who freed the Thebans by solving the riddle of their nemesis the Sphinx, now plies his considerable power of mind and his almost unruly energy to solve a new riddle: Why are his beloved Thebans dying of the plague?

Humor on the Move

It is his responsibility to bring them salvation, and he groans under the burden. So he addresses the people who come pleading for his help:

And while you suffer, none suffers more than I.
You have your several griefs, each for himself;
But my heart bears the weight of my own, and yours
And all my people’s sorrows. I am not asleep.
I weep; and walk through endless ways of thought.

He tells them that he has done “the only thing that promised hope”: sent his kinsman Creon to ask the Delphic oracle what to do.

Let us pause to note the king’s tragic virtue. Were it not for his intellectual acuity and restlessness, and his care for the people, the tragedy would not unfold. Oedipus would never learn that he himself caused the plague. Nor should we simplify the moral problem—that a man can be destroyed by his virtue—by saying that Oedipus esteems the human intellect too highly, and refuses to submit to the wisdom of the gods. He has admitted being at a loss, and that is why he must appeal to Apollo at Delphi.

When Creon returns with word that the plague is a punishment for the unavenged murder of the late King Laius, Oedipus determines to ferret out the murderer. We in the audience know—we are Greeks, and have heard the tale before—that Oedipus is himself the killer.

Thus, when he delivers his first proclamation to the people, we are aware of the trap that will catch him by his own words. “The unknown murderer,” he says, shall “wear the brand of shame” forever, driven from the city, friendless until death. Nor does he exempt himself from the curse: