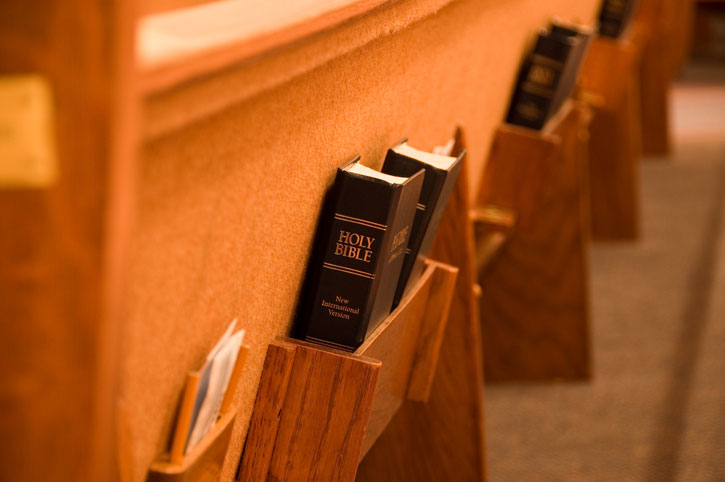 Dr. J. I. Packer’s editorial on biblical authority in the last issue of Touchstone (Fall 1991) set me to head-scratching once more over something that has baffled me for a good many years. I could find little to disagree with in its substance—but why not? It was vintage Packer—winsome and sensible. Why did I have the impression that Packer was fundamentally right and our disagreement was on details, while Dr. Henry and I, in basic agreement about God, were unlikely ever to reach an accord on revelation and authority? I think I know now.

Autographal inerrancy occupies very different places in the thought of these two scholars. For Carl F. H. Henry it is the keystone of the doctrine of Scripture, and, therefore, of the whole teaching of the Church. All orthodox theology rests upon the validity of biblical propositions, which in turn owe their authority to the absolute verbal inerrancy of the autographs mediated to us by infallible copies. This infallibility “is a more qualified or conditional perfection” than that of the autographs [God, Revelation and Authority, vol. IV, p. 243], and it is this quality upon which the concept of autographal inerrancy depends for its relevance both as an article of faith (where it is used as such) and a text-critical postulate. I can make nothing of the notion of “qualified perfection,” and do not hesitate to call into question any doctrine of revelation of which it is an indispensable part.

Lest I give the wrong impression, it is critical to add here that Dr. Henry himself has never treated autographal inerrancy as an article of faith, but rather as a necessary postulate of orthodox theology. The distinction is important. Henry has chided fellow Evangelicals like Francis Schaeffer and Harold Lindsell who in effect have given it this status by limiting the definition of Evangelical (read “orthodox Christian”) to include only those who hold to it. Although I cannot find the reference, I am almost sure I remember reading that the Christian graduate school of arts and sciences of which he has dreamed for many years should have a required statement of faith no narrower than the Creed. Henry would be a man of catholic spirit.

J. I. Packer, however, is in my opinion closer to the catholic ideal, for to him autographal inerrancy is a “corollary” induced from contemplation of a larger field, the “tip of an iceberg,” perceived through “a range of other considerations about God and his ways, going far beyond the scope of this discussion.” To be sure, Packer, like Henry, wishes to support the doctrine on “verbal” grounds: Words carry meaning and variants that do not affect meaning have no theological importance. Textual variants never alter the larger message of which they are a part; the same may be said of transcriptional errors. What matters is the authority of the message. But in each of these observations—none of which I would contest—Packer’s confidence, unlike Henry’s, appears to rest not so much upon the Bible itself as upon tradition—specifically, upon the Reformed interpretive tradition as articulated by Calvin, Beza, Warfield, the Westminster Confession, and the Articles of Religion.

Dr. Packer is a confessional Protestant—a horse of a very different color from Dr. Henry with regard to intuitions on the whole authority question. His confessionalism affords him luxuries the solascripturian who puts all his eggs in the Bible basket cannot enjoy. The confessionalist needn’t feel obliged to base his faith in the truth of Scripture on the Bible alone, or feel pressed to defend this truth word by word. He appreciates and reverences the authority of the Christian past, and thus has a feeling for dogmatic tradition that allows him to speak of “general grounds” upon which our faith in the authority of the Bible rests. Given the strength of this tradition in which Dr. Packer lives, moves, and has his theological being, a (providentially supplied) general accuracy of the received text is all that is required. The conviction that Dr. Henry can gain only through the dreadful contrivance of qualified perfection, Dr. Packer has from the confessional witness of the Church. What matters to him is the sum of it all, textual infelicities notwithstanding. Quite so. The Church is also concerned for the sum of it all, but for the Church this is defined by the “Rule of Faith.”

If I am not incorrect in my assessment of Dr. Packer, I concur with his methodology as over against Henry’s. There are two sticking points. First, although I would identify the Articles of Religion as an almost exact summary of my own theological understanding on the subjects they treat, I do not accord them the same measure of authority that I think Dr. Packer recognizes in his own school and tradition. We meet on the Articles of Religion, but from there I would tend to tip backward toward the ecumenical creeds, while he, if I am not mistaken, would do the same—and then move forward toward Westminster and Princeton. This looks to me like a jaunt on a side road, but not too disturbing as long as the main highway is kept well in view, as I think Packer does.

The second sticking point naturally involves the theory of autographal inerrancy itself. I cannot see it as a necessary or helpful part of the doctrinal iceberg to which Dr. Packer refers—no, not even of its Reformed part. This is both a theological and a historical judgment. Reformed theology did without it nicely until the late nineteenth century, when it was brought forward at Princeton by A. A. Hodge and B. B. Warfield, and it can do without it now, as long as the shape of mere Christianity and its Rule of Faith are kept in view. The Princetonians, like their Roman Catholic correlatives of the same era, drove certain lines of thought to their logical ends and found themselves able to place the supreme arbiter of doctrine beyond the reach of critical assault. Eleven years after Pastor Aeternus came the Presbyterian Review article on the inerrancy of the autographs.

I would suggest that there are several related but naturally diverging strains of thought on authority within Reformed theology that are expressed on one hand by the trinitarian Nicene Articles of Religion and on the other by the bibliocentric Westminster Confession. My own guess is that the possibility of a turn toward Church dogmatic tradition, rather than autographal inerrancy as a basis of authority, was present in the minds of late nineteenth century American Reformed Scholastics (Princeton had not forgotten Mercersburg), but that this was as a matter of fact a psychological impossibility. Too much emphasis on the Church would have been playing into the hands of Rome, just as undue concentration on the Spirit would have joined them to the enthusiasts. Under these circumstances a concentration on the indefectibility of the text itself doubtless appeared salubrious, supported as it was by numberless venerable witnesses to the status of Holy Scripture as the Word of God.

But the assertion of autographal inerrancy as the apologetic hingepin for scriptural authority was, I think, a mistake. While not perhaps wholly irrelevant, it is in fact being used as an article of faith when it can bear no more weight than a text-critical hypothesis. Nor can I see the value of creating a place for it in the natural history of Reformed confessionalism. Granted, it can be imported rather nicely into the world of the Westminster Confession—but even then the fit is not seamless, and it is an importation. Autographal inerrancy should at the very least be downgraded to part of a theory about how divine revelation is mediated through verbal symbols if the strain of Protestantism that created it is to regain its theological credibility not only among thoughtful people, but within the confessing Church. All of this may appear to some to be of minor importance. But in a significant segment of the Church it is a major concern. In the theological teapot where I spent so many years, it is a very great tempest indeed. I cringe inwardly when contemplating the reaction of my old friends and teachers at Trinity Evangelical Divinity School, for I wish them (and myself) peace. But the movement of which they are a part is already being shaken at the foundations, and my wholehearted agreement with Dr. Henry’s judgment that Evangelicalism is falling apart (my term, not Henry’s, but see his Confessions of a Theologian, pp. 381f), makes me very concerned about which way the pieces fall—toward increasing sectarianism and friendliness with the world, or toward the Church catholic, whose dignity it has a history of forgetting. Autographal inerrancy—a most unchurchly invention—is a prominent symbol of that amnesis. Dr. Packer’s intuitions about authority, based as they are upon allegiance to a deep confessional tradition—or so it appears to me—are in fact quite different than Dr. Henry’s, and far better for it. I believe myself to be in general agreement with his way of thinking, although not with details (like autographal inerrancy) he considers necessary and important. The “credalism” American Evangelicalism rejected long ago in favor of the Bible-only dogma is the very thing it needs to give freedom for serious critical reflection while keeping it within the bounds of orthodoxy.