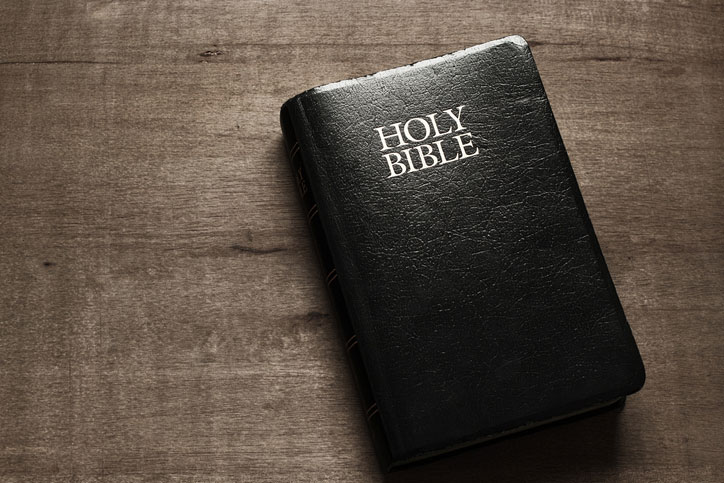 The Bible Under Spirit & Church by S. M. Hutchens

The Bible Under Spirit & Church

Some Light from the East for the Perplexed Inerrantist
by S. M. Hutchens

The set of ideas which go by the name “biblical inerrancy” is a perennial source of exasperation for educated theological conservatives who live in or about the Evangelical world. A great many have found to their dismay that holding a classically high view of biblical authority and vigorously eschewing the modernism which threatens it is simply not enough. This writer—whose involvement with the subject is admittedly intense and personal—has found coming to grips with the problem within the Evangelical world can be a harrowing ordeal. No mere intellectual game this. Qualification to preach and teach Christian doctrine in a significant part of Christendom hangs in the balance. Mental reservations notwithstanding, one must profess belief in “inerrancy.”

Now let me make it clear that this is not just an issue of personal discomfort, neither is it merely an occasional dilemma for a few liberalizing Evangelicals trying to slip into a job. The problem is far more basic, inherent, I believe, in a flawed formulation, a hidden agenda, and a highly politicized situation. Inerrancy is frequently admitted as between the enlightened to be a shibboleth for mollifying a constituency who have never been let in on the real issue. It is understood among insiders that the range of acceptable constructions placed on the term is wide enough to accommodate fairly radical divergence on a number of very important matters. It is conceded that one need not be an inerrantist to be an orthodox and devoted Christian and that the position in itself ensures neither faith nor piety. It is further conceded that while inerrancy allegedly follows from the Bible’s teaching about itself, the doctrine is not explicitly taught there, and that the Fathers and Reformers didn’t talk about the Bible in quite the same way the modern inerrantist does. Despite all of this, however, and despite the fact that after a great deal of earnest consultation there is still no unanimity on just what “inerrancy” means, there is still a stonewall consensus in certain circles that one must speak the word to enter or to prove his faith.

I place in evidence an excerpt from a letter received by an unsuccessful applicant for a teaching position at a major Evangelical college. The gratifyingly frank committee chairman who wrote it alludes to a set of problems notorious in Evangelical institutions of higher education, but little known in the churches they serve.

Dear Mr. Smith:
Thank you for your candor with regard to our [inerrantist] doctrinal statement. . . . I regret that, given your explanation, your suit would be cold from the start. Please understand that this has more to do with the needs of the institution than with the opinions of the members of this department. I am sure that we disagree about very little of substance. But the institution insists that certain expressions, however generously defined, be affirmed. And since this position serves primarily freshmen who come from rather narrow and non-critical evangelical churches, it demands unusual sensitivity. Ideally, we will locate a person of mature intellect who is comfortable in the subculture. That is a rare combination, to be sure. . . .

I write this article, then, with Evangelical friends in mind who persist in asking me, “Well, do you or do you not believe in inerrancy?” They become suspicious when I do not respond immediately with a Yes or No. Yet, I hesitate to deny it because doing so will almost invariably lead the questioner to mistakenly think I have a “lower” view of Scripture than he does. As an inerrantist he will think I am “liberalizing”—when in fact I am convinced that the inerrancy doctrine, despite superficial appearances, is unacceptably low, sharing liberalism’s approach to the Bible to a far greater degree than the inerrantist would be happy to admit.

If, on the other hand, I identify myself as an inerrantist, using the word in a loosely doxological sense to assure my friend that I’m really sound after all, I lay myself open to the charge of dissimulation by established inerrantists who cannot regard me as an advocate of the doctrine as they understand it. And on this they would be entirely correct, for it appears to me that the theory of scriptural authority which goes by this name is not only mortally flawed but completely misconceived and must be discarded in favor of the understanding of the nature of the Bible which has sustained the theological integrity of Eastern Christianity for almost two millennia. I am under the growing conviction that the Orthodox churches, whatever answers they may have gotten wrong, got the one about the nature of biblical authority as a function of the greater authority structure within the Church Universal basically right. I do not intend to go into great detail on the Eastern view—a brief description must suffice. My object here is to explain the quandary of the inerrantists and point in the general direction which seems right not only to me, but to a growing number of thoughtful conservative Protestants.

Let us begin by noting that no precise meaning of the term “inerrancy” has ever been agreed upon by its proponents.1 But more troubling are the patent misconceptions held about it. My first response to a person who identifies himself as an inerrantist would be to ask him if he understands that the scholarly defenders of inerrancy do not use that term to refer to the Bible which he is actually reading, but rather to the original manuscripts of Scripture—not one of which, to our knowledge, has survived the ravages of time. If he is not aware of this—and I believe that many lay people are not—he may see all attacks on the doctrine of inerrancy as assaults on the truth of the Bible he knows and cherishes. He does not perceive that his own teachers have already conceded most of what he fears is under attack. He is unaware that the predicate “inerrant” does not refer to any Bible to which anyone has access, but to a Bible which no one possesses. “Inerrancy,” he must understand, is held by its proponents to refer to the biblical autographa—the original writings on the original manuscripts by the original writers (or exact copies thereof)—and to the autographa only.

If he does understand this and it doesn’t bother him, he has failed to recognize the invincible difficulty which arises from the principal implication of the idea: the doctrine of inerrancy is thoroughly drained of its intended apologetic force if one cannot in some way “get back” to those perished documents. For by strict inerrantist reasoning they and they only can be regarded as flawless, and hence the Word of God in a sense which gives proper honor to the term.

Now to be sure, the learned defender of inerrancy will offer a response. He gives the job of salvaging something from the theory to experts in textual criticism. He reasons that responsible specialists have weeded out so many of the probable errors in the surviving copies that they can give us a product so close to autographal perfection that for all practical purposes it may be called inerrant. But while I respect and gratefully use the work of text scholars, I cannot allow that a product so close to perfect that it can for all practical purposes be called inerrant means the same as “inerrant,” for it plainly means precisely the opposite. The doctrine of the “inerrancy of the autographs” could with equal accuracy (and greater pertinence) be called the doctrine of the “errancy of all presently available versions.” The notion that this approach in any way involves a defense of biblical authority is entirely illusory.

But please note that in finding fault with the doctrine of autographal inerrancy, I and many conservatives like me are not necessarily “denying inerrancy” as if we were disputing the inspiration and authority of the Bible. (The reader is invited to be attentive and maintain healthy suspicions; this is a subject upon which tendentious argumentation is rife.) Rather, I am simply denying that the doctrine of autographal inerrancy as set forth by its principal champions is a reasonable way to understand the nature of the scriptural authority, and insisting that if a better way may be found, it must be taken.