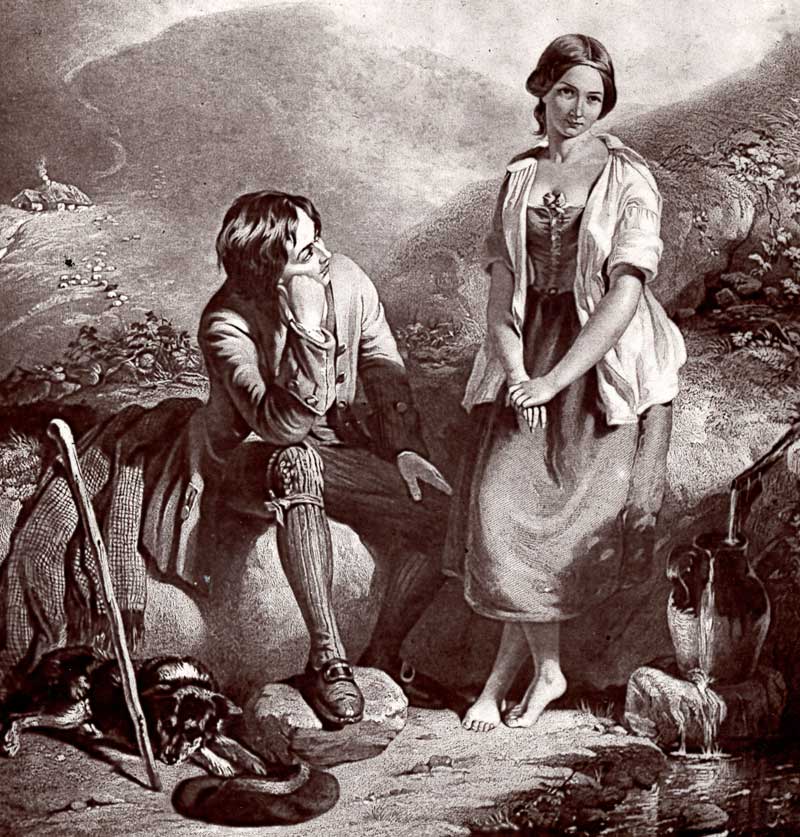 Sexual Being by Anthony Esolen

Several years ago I wrote a book, Ten Ways to Destroy the Imagination of Your Child, as a polemic against all the foolish and fundamentally cruel things we do to our children, to cramp them, to ready them, at best, for the hamster-treadmill of contemporary life, which energetic and restless device often goes by the name of "career." I like the old meaning of "career," which suggested undirected racing, or careening from one wall to another. In that book, under an ironically diabolical voice, I urged parents to take their children off the treadmill, so that they could once again do the human things—like lie on their backs on the grass to look up at the sky.

There is a whole glorious world out there for children to wonder at and in; it used to be called "outside." And then, too, there is an even more glorious world for children to encounter, an "inside," if you will, to be found in those strange creatures called "other people," and especially in the strangest creatures of all, those that are like me and not at all like me, those with the smooth chins and the gentle voices, or the broad shoulders and the far-seeing eyes—those creatures of the other sex. "Except you become as little children," says the Lord, "you shall not enter the kingdom of heaven." That is not a stipulation. It is simply the way things are. There is no other heaven, and there can be no other heaven, than that which we receive as children receive a gift.

How Not to Know a Thing

Not as objects to reduce and manipulate. Here I will take a cue from Hans Urs von Balthasar, and his brilliant philosophical work, Theo-Logic: Truth of the World. In this work, Balthasar leads the reader through an intricate analysis of what it means to be a knowing subject and an object of knowledge. It is a fascinating demolition of the project that has held modern man bound—in a kind of hypnotic daze—since Descartes and Bacon. For them, knowledge is power, and power is domination; it is the extraction from the object of those measurable features that we can put to our use.

The project is confessedly reductive. The lump of coal I hold in my hand is not a thing of mysterious beauty, its glossy black surface having been pressed into smoothness by the slow work of centuries. No, it is only a coagulation of carbon, which, if burned in a certain fashion, will yield up a certain number of calories. The bird I see pecking at seeds in the yard is not a hen, but a protein machine, to be trammeled up in a cage and stuffed with chemicals so as to produce meat at a certain rate per dollar of feed and with a certain content of fat.

I hope these examples suffice to suggest that, if knowledge is reduced to that which gives me dominion over a thing for its profitable use, the defect is not in the thing so used but in the user; it is not the chicken that is blind, but the chicken manufacturer. If we are really to know a thing, says Balthasar, we must open ourselves up to the mystery of its being. We surrender ourselves to it in humility. Its own disclosure of itself, and our receptive listening to it, he says, "are but two forms of a single self-gift." Thus, love is essential to the act of knowing, for "knowledge can be explained only by and for love."

Where, in our various schools of misery, do we learn that to know something truly we must open ourselves to it in love? Are not young people rather taught to pretend to know by defying and despising? But consider how profound the resulting ignorance must be, especially if we are talking about things human. Or something worse than ignorance. "We murder to dissect," says the poet Wordsworth; that is, in order to dissect something, we have to treat it as a dead thing.

But a human being is not only alive. He is himself a subject, a free being who can choose to reveal himself to us, and upon whose self-revelation we depend, if we are to attain any deep knowledge of him at all. It is just then that we see a reversal in the relationship of the subject and the object. The knowing subject, far from being an anatomist slicing open a corpse to disentangle its veins and arteries, is himself more clearly the patient here, the one who must wait upon the initiative of the object, waiting in love for the revelation that is born of love.

And there is more. The object of our love is not the only person we come to know, and not the only beneficiary of our knowledge. We can know ourselves truly only when we communicate ourselves in love, but the act of communication depends upon the reverence of someone else, who rejoices in the mystery of our being. So true is this, that the lover may come to know us better than we know ourselves, and, says Balthasar, "many wait only for someone to love them in order to become who they always could have been from the beginning."

"It is not good for the man to be alone," says God in Genesis, and it is the first time in Scripture that God, who has been creating the whole universe, has declared that something is not good. If the man is alone, he is not yet wholly a man; he needs another like himself. And that is when God creates woman, and presents her to Adam, who cries out, "This at last is bone of my bone and flesh of my flesh!" Yet Eve is not simply a different person from Adam. In the very separation of the sexes, one from the other, alike and unlike, we find as it were the heart of what it means to know and to be known, to love and to be loved.