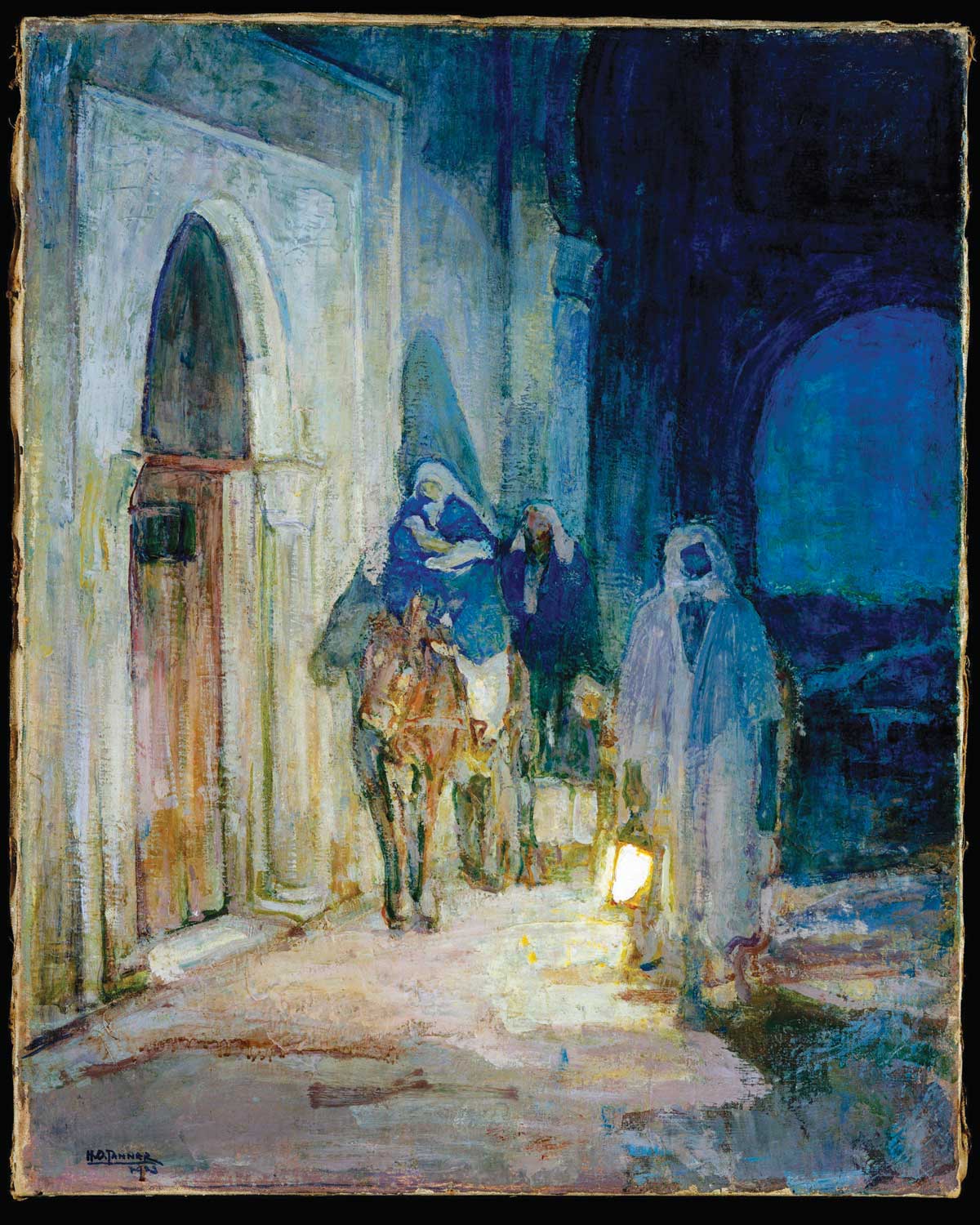 The Flight into Egypt was probably Henry Ossawa Tanner's favorite Bible story. He painted at least four versions during his long career, usually depicting the Holy Family fleeing across open country. This version, his last, depicts an entirely different moment in the story. In this painting, the main characters are huddled against a wall, Mary and the Child on a donkey and Joseph behind them in the shadows. They are hemmed in; in front of them is a door, but it is sh . . .