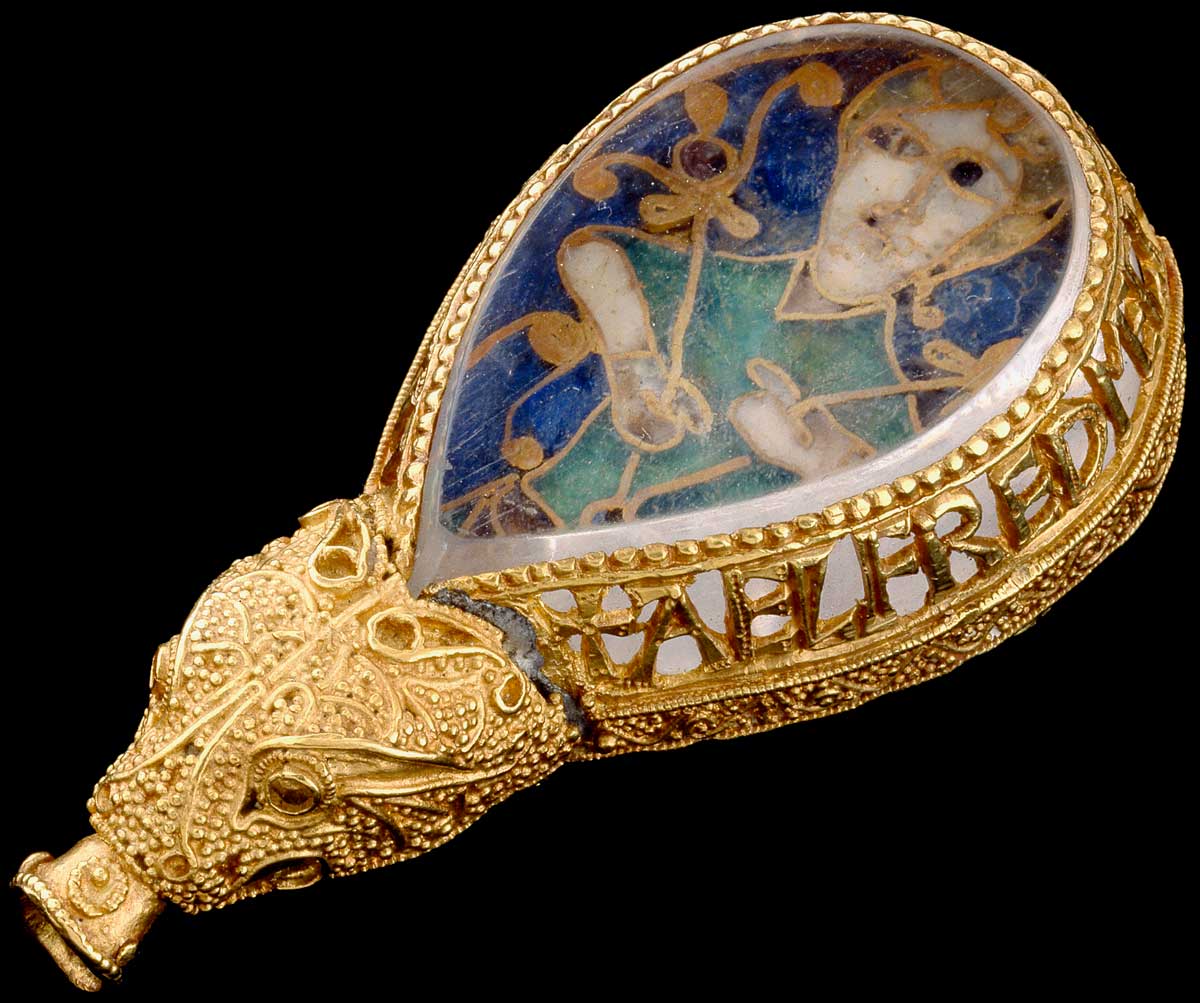 The gold, enamel, and crystal ornament known as the Alfred Jewel, standing slightly over 2.5 inches high, is a dazzling display of Anglo-Saxon workmanship from the late ninth century, a period that we generally consider rather a dark age. The front of the jewel depicts a half-length figure holding two foliated scepters; he has been variously interpreted as Christ in majesty, Christ as the Divine Wisdom, or perhaps, based on comparison to other contemporary images, the sense of sight. The enamel plaque is executed in cloisonné, that is, the outlines are made f . . .