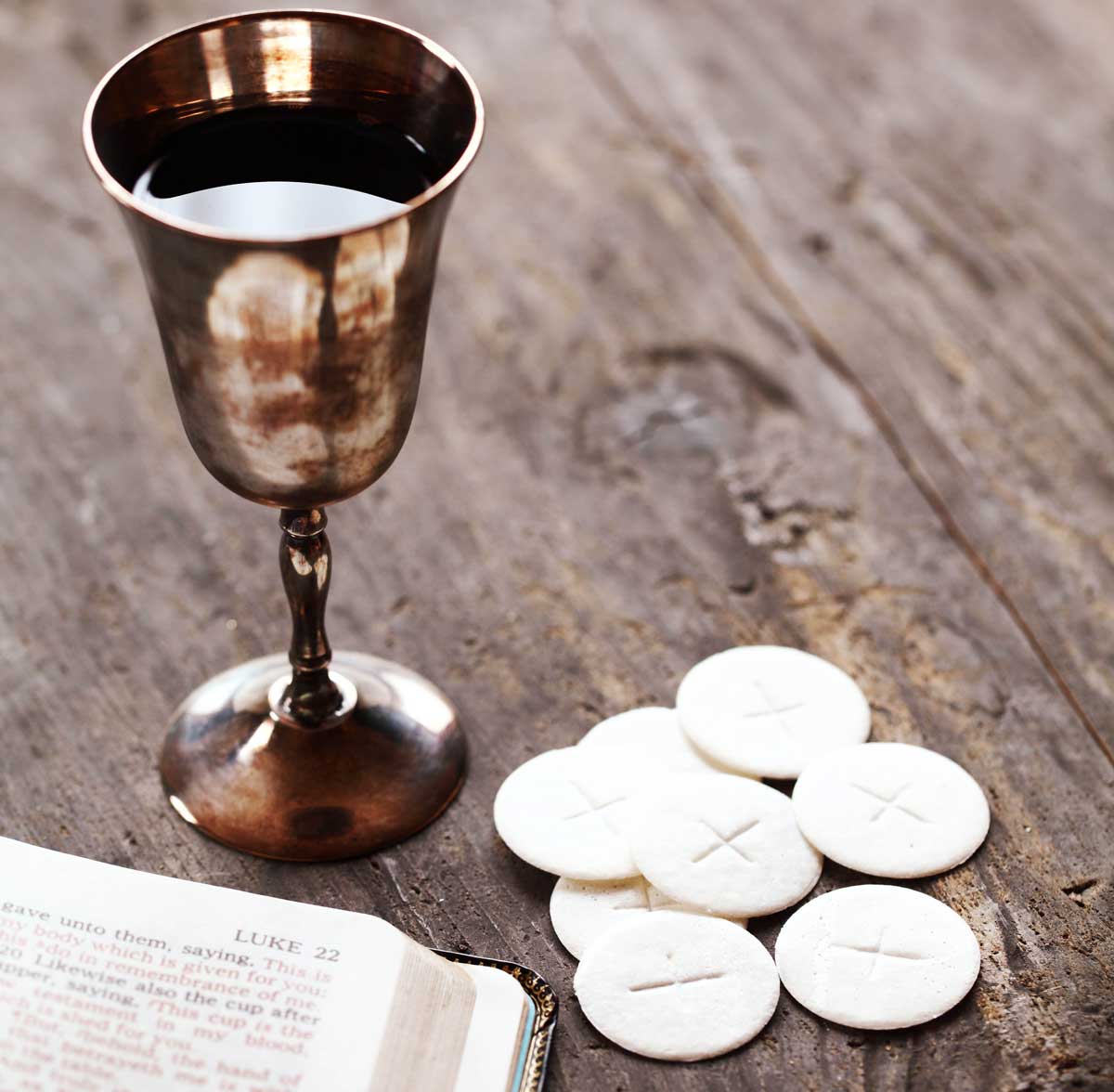 C. S. Lewis ends his one extended discussion of the Eucharist, in Letters to Malcolm, with a very telling line: "All this is autobiography, not theology." By this Lewis means that his reflections stem from a mixture of biblical and personal convictions about the nature of the Eucharist. Thus, before we examine Lewis's more theological considerations on the sacrament, we'll take a biographical sketch of Lewis as a parishioner.

Writing in 1931, not a year after his conversion, Lewis asked his brother:

By the bye, what are your views, now, on the question of the sacraments? To me that is the most puzzling side of the whole thing. I need hardly say I feel none of the materialistic difficulties: but I feel strongly just the opposite ones—i.e. I see (or think I see) so well a sense in which all wine is the blood of God—or all matter, even, the body of God, that I stumble at the apparently special sense in which this is claimed for the Host when consecrated.

Lewis and his brother returned to the faith of their youth at about the same time in 1931. And though Major Warren Hamilton Lewis—always called "Warnie"—never could boast of the riveting academic career of his brother, he always proved a worthy conversation partner. The two began attending Anglican liturgical services together at Holy Trinity Church in Oxford and dutifully appeared together every Sunday until 1952. In that year Father Ronald Head arrived.

When [Lewis and Warnie] first appeared at The Kilns, Father Wilfrid Thomas was Vicar, a Catholic-minded priest in a village which had been influenced by the Oxford Movement in various ways at least since 1867. Nevertheless, it was, interestingly enough, a village which had strong Methodist connections, antedating the Parish Church which had not been erected until 1849.

A new Vicar of low-Church outlook was instituted to the Benefice by the evangelical Bishop Strong of Oxford in 1936, and this incumbent remained until 1947, when the return of the pendulum began with my predecessor in 1947, and reached the status quo ante on my appearance later on.

The Oxford movement, which Father Head references, began about fifty years after the Evangelical movement. The Evangelicals under Wesley took a radical approach to the Bible, interpreting it with a literalist hermeneutic. The Oxford movement, on the other hand, re-adopted ancient tradition by returning to a vibrant sacramental life. In the 1830s, it was very uncommon for a Eucharistic celebration to occur every week at an Anglican church—perhaps a large parish would celebrate it once a month. For Keble, Newman, and Pusey, the founders of the Oxford movement, to hold a Eucharistic service every week, and pray Matins and Evensong every day was quite radical in another direction. A hundred years after the Oxford movement began, Father Head was continuing the work of Keble, Newman,
and Pusey.

By the time Father Head arrived, Warnie had become quite involved in the parish, serving on the parish council and as churchwarden. He continued this after Father Head's arrival—though he was not well pleased with some of the changes Father Head made.

Walter Hooper served as C. S. Lewis’s secretary at the end of Lewis’s life. Since Lewis’s death in 1963, Walter has been the literary executor of the Lewis estate.

Jacob Fareed Imam is a Marshall Scholar, doctoral student, and former president of the C. S. Lewis Society at the University of Oxford. He is the managing director at Catholics 4 Truth & Justice.