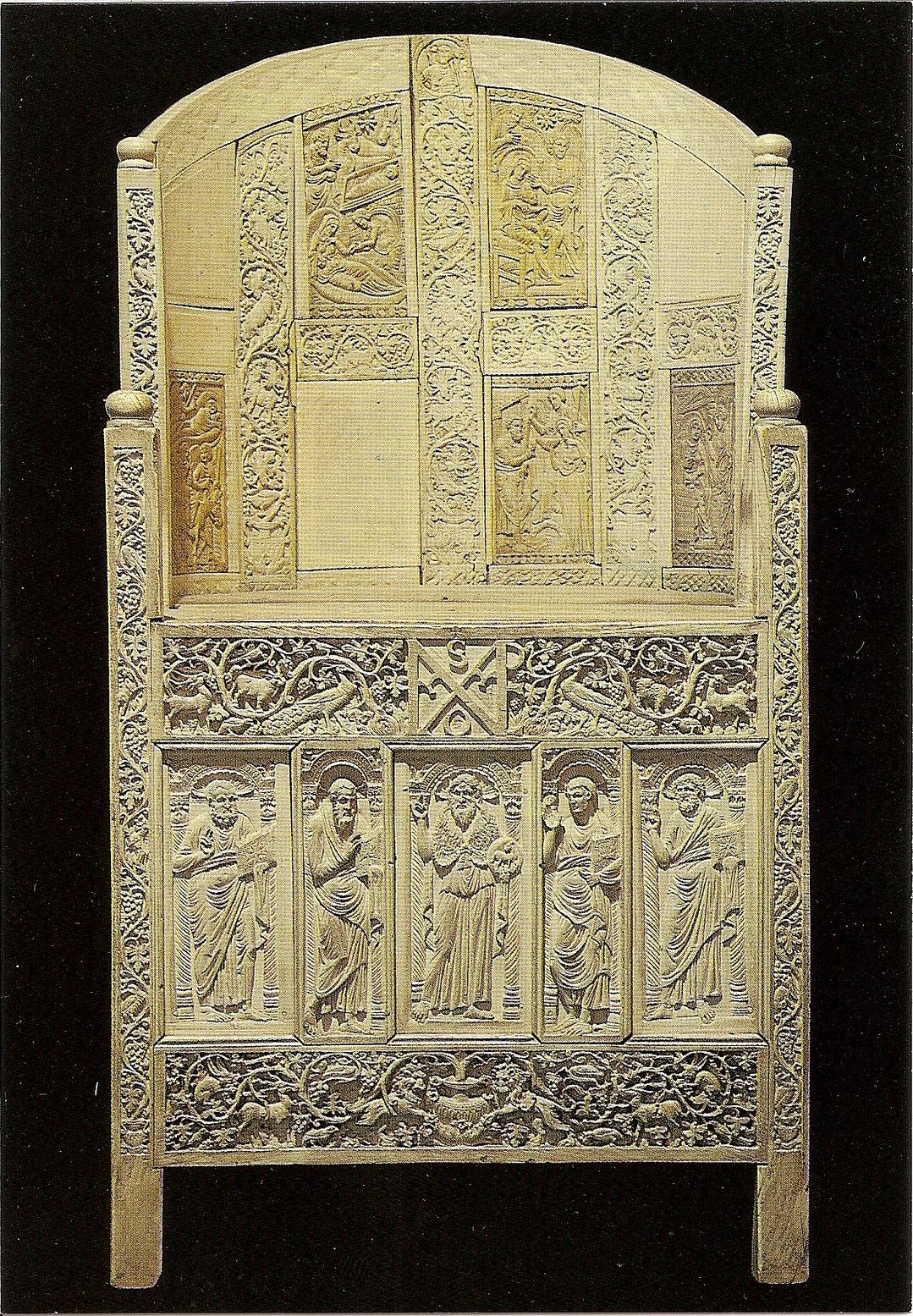 The Throne of Maximianus by Mary Elizabeth Podles

The Throne of Maximianus

The sixth-century Throne of Maximianus stands close to five feet tall; its wooden armature is completely paneled in ivory, front, back, and sides. Since antiquity, ivory has been a luxury due to its rarity, difficulty of acquisition, and cost of transport, as well as its inherent qualities of fine grain, creamy color, and silky luster, all of which catch and hold the light. The panels of the throne are narrow, obviously limited by the width of the tusks; eight of them have vanished over the course of the centuries. Still, it remains the most impressive monument of Early Byzantine sculpture in the world.

We know or can deduce some of the throne's history. It was most probably commissioned by the Emperor Justinian as a gift to Bishop Maximianus of Ravenna for the dedication of the Church of San Vitale in a.d. 547. During the disintegration and fall of the Western Roman Empire, Ravenna was made the capital city, first of the waning empire, and then of the subsequent Ostrogothic Kingdom. The Byzantine emperor, Justinian, formulated a bold plan to reintegrate the empire through a diplomatic and (mostly) military campaign to reconquer Italy, North Africa, and the shores of Mediterranean Spain.