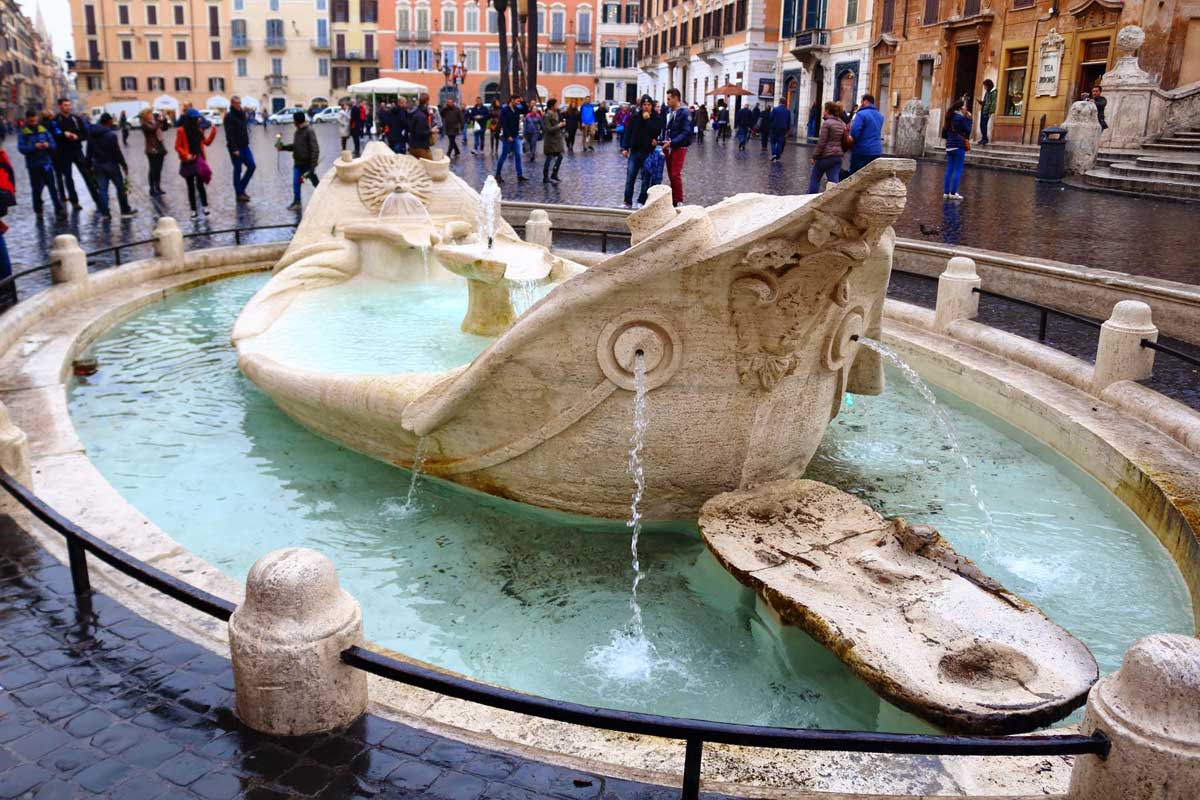 The Barcaccia fountain, at the foot of the Spanish Steps in Rome's Piazza di Spagna, is best known as a bustling urban meeting place for young people. It was not always this way. We would hardly recognize the city of Rome in the sixteenth century. In 1570, Pope Nicholas V conceived a plan to put a fountain of potable water in every open space in Rome. In 1598, a disastrous flood brought far too much water here from a nearby bend in the Tiber River; the waters rose so . . .