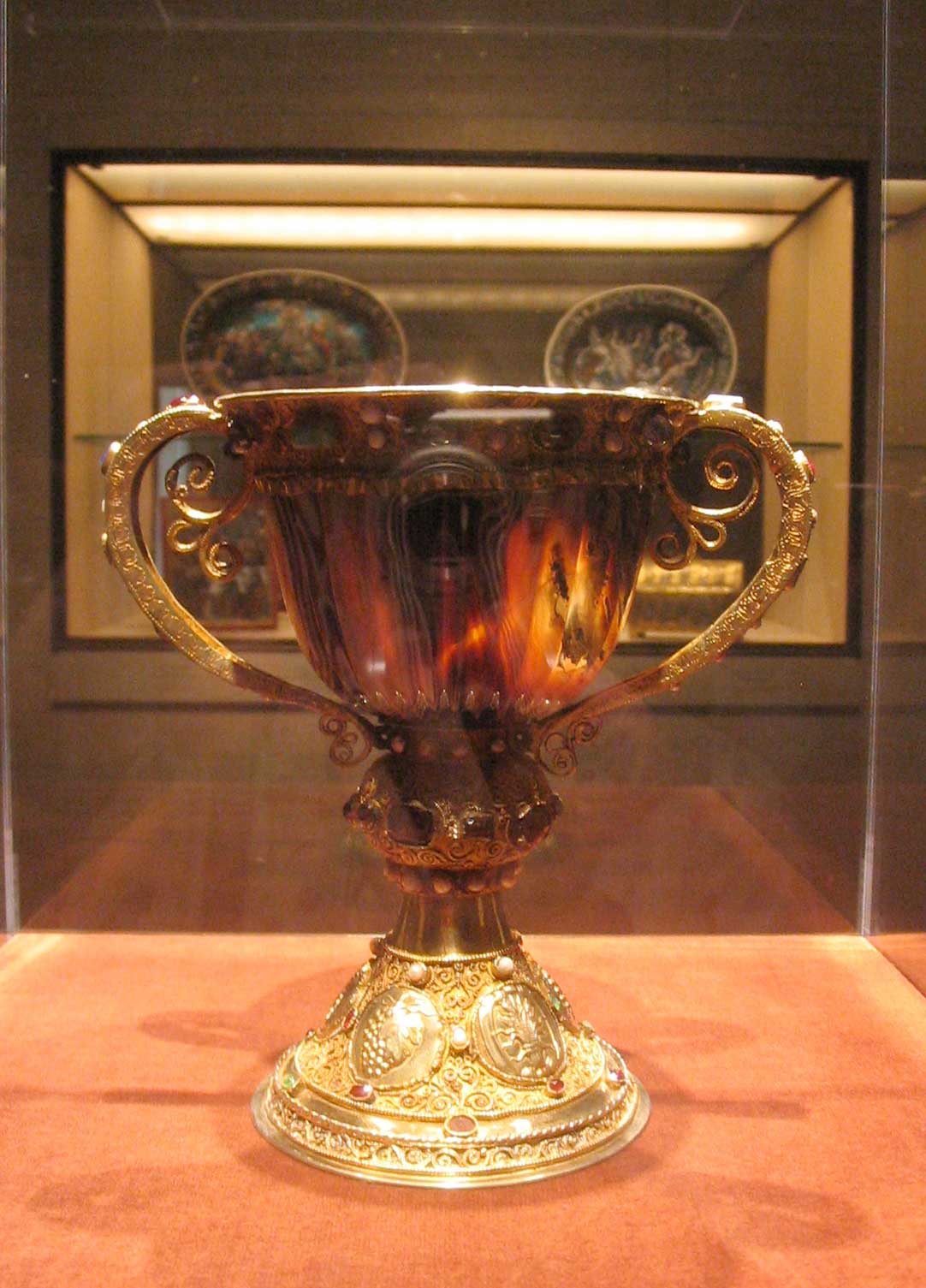 The Chalice of Abbot Suger by Mary Elizabeth Podles

The Chalice of Abbot Suger

The Chalice of Abbot Suger was made in two parts, a sardonyx cup at the center, mounted in a heavily gilded and bejeweled rim and attached to a jeweled knob and base by a pair of curving handles. It is inscribed, "Suger Abbas": even without such an object to his credit, the Abbot Suger is worthy of attention in any history of art. The sardonyx cup at the heart of the chalice is cut from a single piece of semi-precious stone, carved thin enough to be translucent. The inside is smooth, but the outside is fluted to make a rippled effect of the veins of red and white that run through the stone.

By the twelfth century, when Suger set it within the chalice, the cup was already over a thousand years old. It is probably Egyptian workmanship of the second to first century b.c., and how it made its way to Paris no one knows. Some suggest that a naïve Suger might have thought a cup of such antiquity to be the Holy Grail, and indeed its photo graces a dreadful potboiler called The Grail Mysteries. But Suger was a man of great sophistication, and was no doubt self-consciously following the practice of the Byzantine emperors who collected and repurposed the treasures of Antiquity for Christian ends. The Byzantine connection is reinforced by the figure of Christ Pantocrator in the one remaining original medallion on the base (but it also bears the Western Alpha and Omega). The abbot, not a modest man, also used to ask travelers how they thought his abbey church, St. Denis, compared to Hagia Sophia.