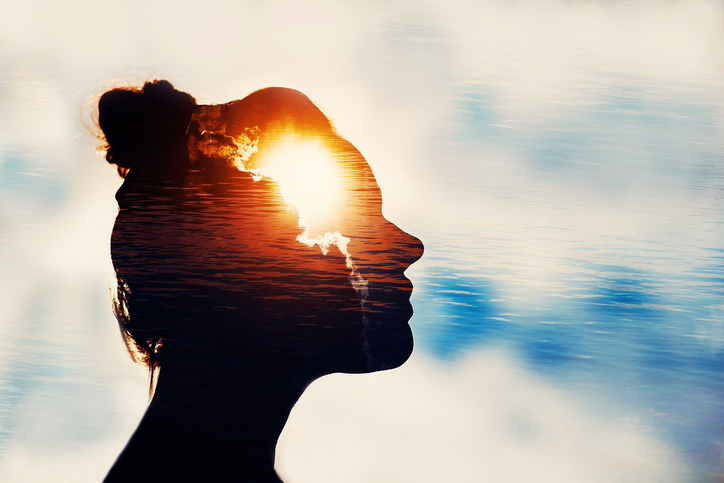 At its deepest level faith is an act—and then a habit—of the soul, through which the soul is joined to Christ. This truth may be clearer if we employ the Greek word for soul, psyche. Recourse to this noun prompts us to think of faith in psychological terms. Faith has to do with psychology. It is that through which I am joined to Christ by way of a psychological transformation.

Because of a necessary concentration on the noetic and dogmatic content of faith, it is easy to overlook the psychological alteration of the person who faithfully adheres to Christ. Anscar Vonier calls faith a "psychic link" between Christ and the believing soul. Indeed, the experience of my faith rightly includes the reflection that my soul, my psyche, is shaped and altered by its relationship to the soul, the human soul, of the God-Man, in trust, obedience, and gratitude, for these are existential expressions of faith.
This does not mean that faith is a purely subjective state. On the contrary, faith constitutes a relational state, by which I am interpersonally joined to Christ. It is transforming grace that creates this relationship of faith. This is not a merely juridical or declarative reality. It is a psychological fact, because it is an act and habit by which the soul permits itself to be seized and grasped by Christ.

What does my faith do for me? The union of my soul with Christ changes my perspectives and refines my psychic dispositions. I start to see things as Christ sees them, because of my communion with Christ's own soul. I am internally changed by Christ's gracious intrusion.

Faith in Christ does not remain external to the one who has it. Faith is something that lives inside me. Because it is an act and habit of the soul, faith is internal to the soul. It is exercised through the faculties of the soul—the intellect, the will, the imagination, and the memory—all those things that we normally call psychological faculties.

As faith grows by serving as the impulse of my decisions and choices in life, my soul is altered by it. Ah, but there is more: "If any one love me, he will keep my word, and my Father will love him, and we will come to him, and will make our abode with him" (John 14:23). Because of Christ's essential and iconic relationship to the Father, I trust and obey God by trusting and obeying Christ.

In this respect, the Bible speaks of the heart's "circumcision": "For no one is a Jew who is merely one outwardly," says Paul, "nor is circumcision outward and physical. But a Jew is one inwardly, and circumcision is a matter of the heart" (Rom 2:28–29). As physical circumcision changes the body, so faith changes the soul. God's grace justifies by transforming us from within; it actually produces something new inside the believer.

This interiority of faith was the subject of prophecy; its early biblical treatment is associated with the discovery of the Deuteronomic Scroll in 622 b.c. Deuteronomy foretells and describes an internal Torah, so to speak, a Torah of the heart.

To appreciate the significance of this emphasis, we need only contrast Deuteronomy with the other four books of the Pentateuch. In the Book of Genesis, the word "heart"—Hebrew lev—is found twice. In Exodus it is never used except to speak of the hardening of Pharaoh's heart. In Leviticus we find the word three times, and in the Book of Numbers only once.

But then we arrive at Deuteronomy, where the word "heart" appears 44 times. Deuteronomy presents the torah lev, the "law of the heart," the interior union of God with the human soul. This is the first book of Holy Scripture that commands the love of God with the whole heart. It becomes the object of special attention early in the next century, in the prophecies of Jeremiah and Ezekiel, during those dark days of the Babylonian Captivity.

Now because faith is internal to my heart and soul, the divine justification that is received in faith is also internal to my heart and soul. For this reason, only a doctrine of internal grace is compatible with the doctrine of justification. Through divine grace, received in faith, I am rendered internally righteous in the sight of God. God does not simply declare me to be righteous because of Christ; rather, he makes me righteous by uniting me to Christ.

Because the believer is inwardly conformed to Christ through faith, faith is inwardly transforming. St. Thomas Aquinas likens "faith, by which man is justified" to the sunlight filling the air. Several patristic writers liken it to the fire that totally transforms the cold iron. Like the sun that continues to throw its light into the atmosphere of the earth, divine grace continues to shed its luster into the soul of the believer. Like the fire that fills the substance of the molten iron, faith fills and transforms the soul.


more on bible from the online archives