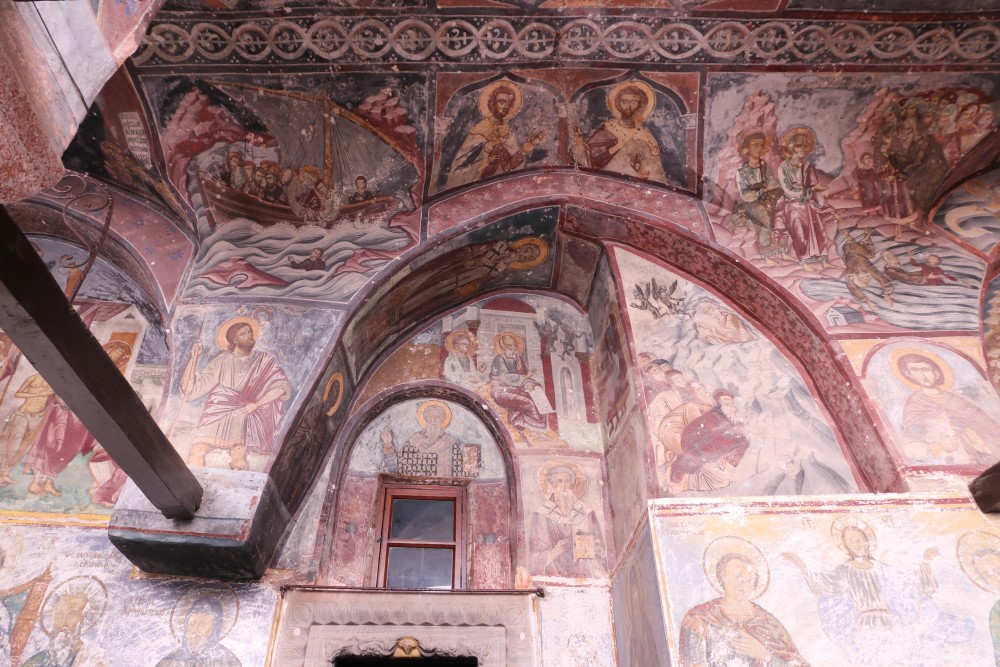 When Hearts Become Flame: An Eastern Orthodox Approach to the Dia-Logos of Pastoral Counseling (2nd ed.) by Stephen Muse

Many Christians are suspicious of psychotherapy in any form, and for good reason. We live in a time when a secular therapeutic orientation has replaced religion as the pathway to wellbeing, at least among Western intellectuals, and increasingly across the populace. Its agenda promotes an enlightened narcissism shorn of blatant self-destructiveness, embraces expressive individualism as its summum bonum, and contributes to a victim mentality that absolves people of responsibility for their actions. It has even crept into the Church, evidenced by the faith of some Christian young people, termed "moralistic therapeutic deism," in which God is seen as little more than an unconditionally accepting caregiver.

However, a wholesale rejection of therapy would be a tragic overreaction to this state of affairs, for Christianity is intrinsically a therapeutic religion. The authors of the Gospels understood Jesus' healing of people's diseases and disorders to be pictures of the spiritual healing he primarily came to this world to give (Mark 2; John 9; 11:25; see 11:40; 17:22–26). Among its manifold implications, Christian salvation includes a process of spiritual and psychological healing and transformation (Matt. 1:21; Luke 17:16; Rom 12:2; 1 Cor. 1:18; 15:2; 2 Cor. 3:18). The root meaning of psychotherapy is soul-healing (psyche = soul; therapeuō = to heal), which actually makes more sense in a worldview where humans are souls as well as bodies, than it does in naturalism. Rightly understood, Christianity offers a theocentric psychotherapeutic framework, established by the triune God, that grounds human flourishing in the manifestation of God's glory, especially displayed in human development, healing, and transformation in Christ. The problem is not therapy per se, but the therapy framework that remains after God has been vanquished, in which the object of God's therapeutic intentions, the human self, has usurped the divine throne.

But this assessment has an addendum. The Christian counseling community has, so far, done little to develop its own therapeutic resources—provided by God, revealed in the Bible, and elaborated in the Christian traditions—into models of therapy that are as sophisticated and well-investigated as those of modernity, preferring, for the most part, simply to plunder the secular sources. To be clear, plundering done well is a service to the church. But what prevents the Christian counseling community from also developing distinctly Christian models of therapy, based fundamentally on its own resources? When Hearts Become Flame (St. Tikhon's Monastery Press, 2015) both plunders and develops, from an Eastern Orthodox perspective, illustrating that the Christian traditions have sufficient resources to construct their own approaches to Christian therapy.

Being relatively unfamiliar with Orthodox thought and practice, I am not the one to judge how well the author reflects this tradition. But I can say that, by Evangelical standards, the concentration of distinctly Christian content in this book is remarkably high, matched only by biblical counselors (such as Kellemen, Gospel-Centered Counseling, Lambert, A Theology of Biblical Counseling, Powlison, Seeing with New Eyes, and Welch, When People Are Big and God is Small), and a few others (such as Anderson, Zuehlke, and Zuehlke, Christ-Centered Therapy, Payne, The Healing Presence, Crabb, 66 Love Letters, and Coe and Hall, Psychology in the Spirit).None of these, however, address the human-to-human therapeutic process in the same depth as Muse does. Could that strength be related to its Eastern Orthodox moorings? What follows is a summary of what for me are the book's major contributions, concluding with some questions about the model and its tradition.

At the core of Muse's model of therapy is a radical openness to the other, centered in the therapeutic conversation, which he calls dia-Logos, where "God appears in-between, making it a trialogue" between God in Christ, the counselor, and the counselee. He considers this conversation to be the essence of authentic pastoral counseling (27). Dia-Logos is a process of healing communication that goes beyond merely human intersubjectivity, because it mediates the love of Christ (53, 167), who "stands between the self and other as well as constituting the ground of being that unites the two in one embrace which allows for separate persons to be in dialogue" (21).

The uniquely Eastern Orthodox contribution to pastoral counseling, he says, is the importance placed on the role of the therapist's formation through the "dia-Logos of worship, prayer, and the ascetical life that sees the aim of learning to love through the acquisition of the Holy Spirit" (150). Indeed, for Muse, "one enters into therapeutic alliance with another person as one enters into prayer itself" (21). Referring to a saying of St. Silouan, he writes, "the theologian is one who has become prayer itself by loving as Christ loves" (150). The Orthodox therapist, according to Muse, is one who practices dia-Logos both in prayer with God and in counseling, together with Christ, the counselee.

Dia-Logos, then, serves as the unifying theme of this set of essays. Muse irenically walks us through various aspects of pastoral counseling, including: the interpersonal encounter, the importance of the personal maturity of the pastoral counselor, the supervision and training of such counselors, and help for clergy who are in vocational crisis and experiencing burnout (making this book a worthy gift to a struggling minister). The book concludes with a discussion of what Muse calls "post-traumatic spiritual disorder," a spiritual malaise that afflicts Western culture, in which he shows how interpersonal, intra-psychic, and social-systemic problems are closely interrelated, and how their remedy is the same, since it is found in Christ.

As with most collections of essays, there is some repetition, although many of the principles Muse advocates bear repeating. The project as a whole defies pigeon-holing: it is theologically conservative but socially liberal, liturgical and charismatic, therapeutic and Trinitarian, approving of certain Jewish and secular sources but thoroughly committed to Eastern Orthodox Christianity. In other words, it is one-of-a-kind; and it is good.

more on medicine from the online archives