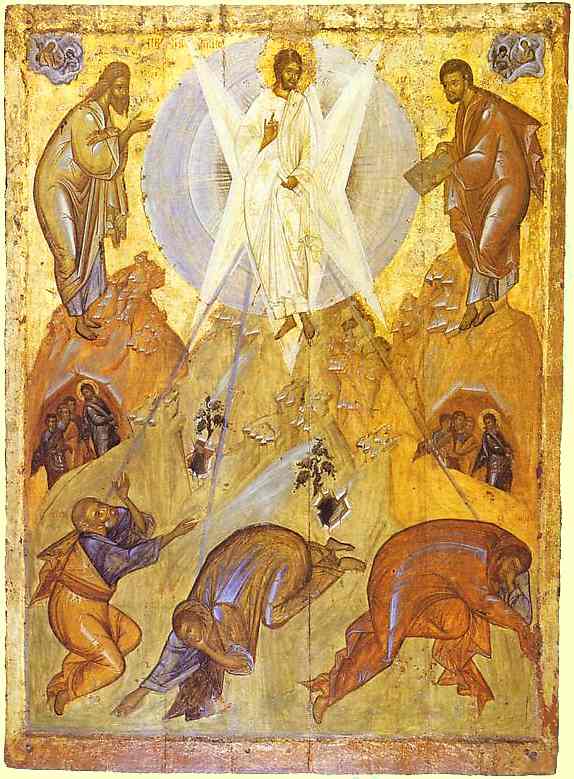 by Theophanes the Greek

In the Orthodox tradition, the first image that an iconographer "writes" is one of the Transfiguration, since every icon he will make thereafter is to be a reflection of the transfigured Christ. This Transfiguration, by the accomplished Theophanes the Greek (c.1340–1405), was surely not his first; it might have been his last. Theophanes had studied art and philosophy at the University at Constantinople, but by the late fourteenth century, that city was a good place to leave. He travelled in 1370 to Novgorod, and in 1375 to Moscow (where this icon now han . . .