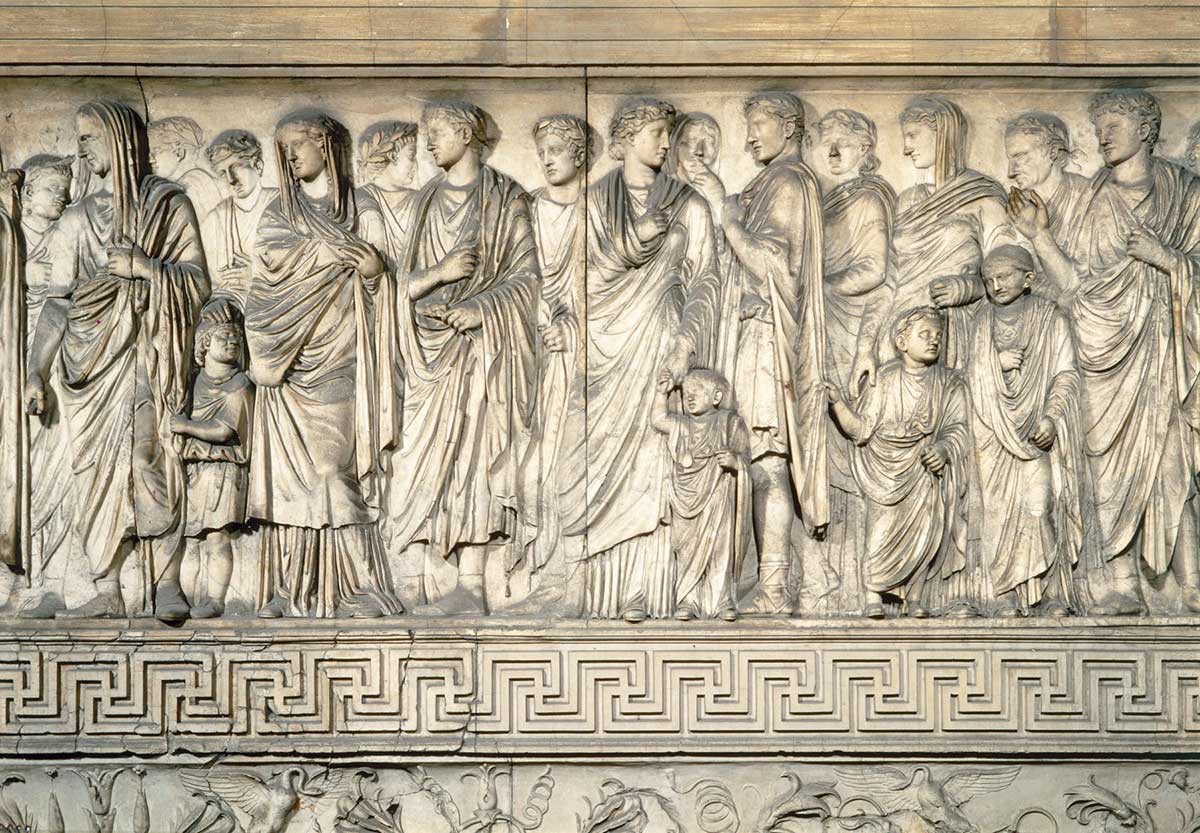 The Altar of Augustan Peace

When the Roman legionaries embarked on a new military venture, they left the city via the Forum's Portal of Janus, the god of new beginnings (and endings), and the doors of the Temple of Janus were always kept open in times of war, while in peacetime they were closed. For nearly four hundred years, they stood open. They were formally closed in 29 b.c., again in 25 b.c., and finally and definitively around the year 13 b.c. The Pax Romana had begun, and in the year 9 b.c., the Ara Pacis, the Altar of Augustan Peace, was consecrated.