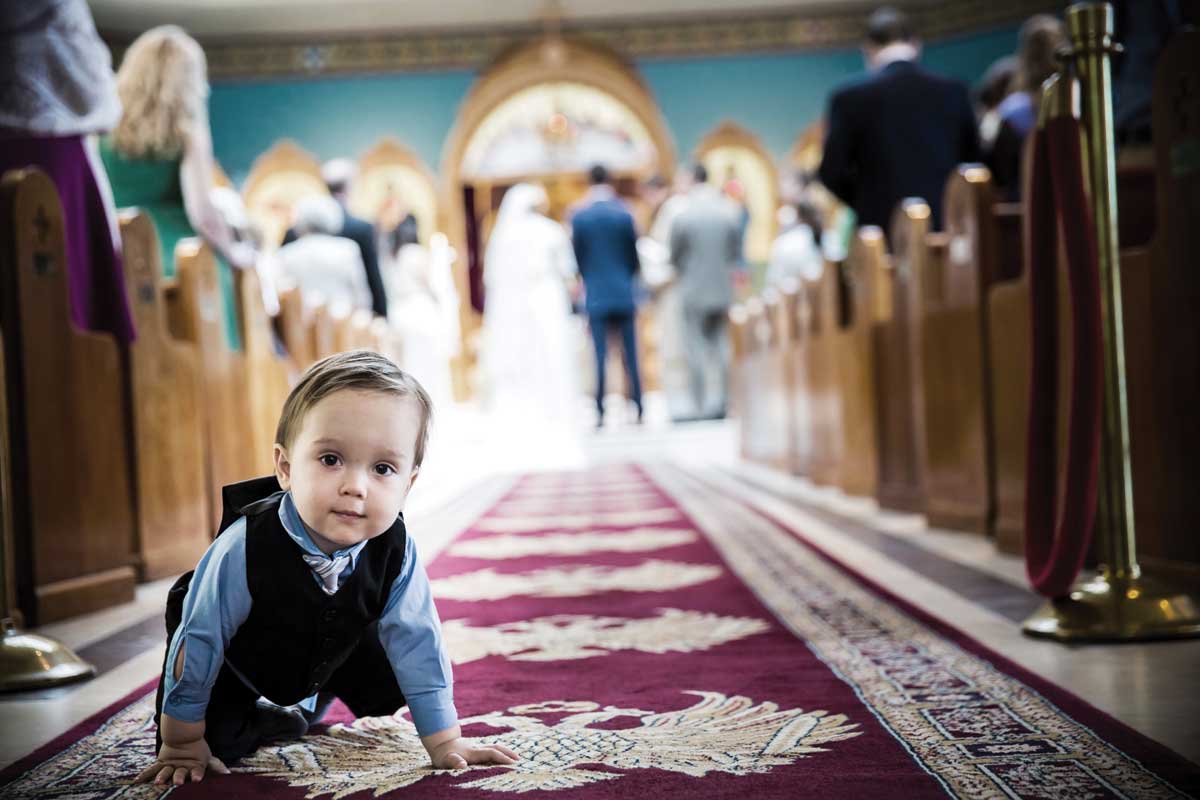 The Vanishing Point of Marriage by Andrew J. Peach

The Vanishing Point of Marriage

How the Minimalist Redefinition Erodes a Foundational Institution
by Andrew J. Peach

Surprising no one, the United States Supreme Court in Obergefell v. Hodges struck down all state laws (including state constitutional amendments) upholding the definition of marriage as the union of one man and one woman, and recognized as "marriage" (and conferred legal legitimacy upon) unions between persons of the same sex. Seeing past the illusions of every generation prior to its own, the Court proclaimed, "The limitation of marriage to opposite-sex couples may long have seemed natural and just, but its inconsistency with the central meaning of the fundamental right to marry is now manifest."

Marriage Made for Heaven

On Lust & the Proper Schooling of Sexual Desire
by Miguel A. Endara

The End of Marriage

Is There Really That Much at Stake?
by Douglas Farrow

Defenders of natural marriage, especially Christians, fear that this ruling will weaken conjugal unions and encourage alternative arrangements that will decrease the attraction of and commitment to marriage among the general populace. But the Supreme Court assures us that same-sex couples just want what opposite-sex couples have, and that society has nothing to fear from this modest addition to the marriage estate. "It would misunderstand [the appellants] to say they disrespect the idea of marriage," the Court declared.

Is the Court right? Are defenders of natural marriage worried over nothing? Or are their fears justified?

The Roots of Marriage

Let us address the question by first considering the nature of marriage. Marriage is rooted in and arises from the natural complementarity of men and women, and this complementarity is ordered to, even if it does not always issue in, the procreation and rearing of children. Though couples make an intentional choice to marry, marriage is more than an intentional arrangement. Marrying couples enter into an institution that is naturally ordered to certain ends and that naturally provides certain goods. In the words of the Vatican II document Gaudium et Spes,

[B]y that human act whereby spouses mutually bestow and accept each other, a relationship arises which by divine will, and in the eyes of society too, is a lasting one. For the good of the spouses and their offspring as well as of society, the existence of the sacred bond no longer depends on human decisions alone. For God Himself is the author of matrimony, endowed as it is with various benefits and purposes.

Herein lies the principal danger to marriage in this court-imposed legislation. Post-Obergefell, marriage is no longer understood as ordered to the completion and fulfillment of our nature. Rather, it is merely the fulfillment of our desires—for now. And if all marital arrangements are merely intentional acts of will, there is no longer any principled reason to object to anyone's act of will, desire, or intention if he claims it is sincere: "It's natural to have desires," the argument goes, "so whatever you sincerely desire is 'natural.'" But a marriage entirely of our making is not a marriage at all. In short, Obergefell spells the end of a coherent understanding of marriage.

The Bare Essentials of Marriage

All arguments for the legalization of "same-sex marriage" hinge on the supposed ability to strip marriage down to its bare essentials. At bottom, these arguments more or less take the following form: Though the marriage of a husband and wife certainly involves goods that are unavailable to homosexual couples—openness to procreation, children biologically related to both parents, and the preservation of lineal connections between generations—marriage need not contain these attributes. They are merely secondary or inessential attributes, as is evidenced by the existence of heterosexual couples who are infertile and/or adopt children. Therefore, marriage is essentially a committed relationship between two caring and consenting adults, and homosexuals are as capable as anyone of entering into such a relationship.

Andrew J. Peach J.D., Ph.D., is a former philosophy professor and current attorney. He is the co-author of An Introduction to Catholic Ethics, a text used by a number of Jesuit high schools across the United States, and has published articles in numerous journals, including The Thomist, Philosophical Investigations, First Things, and International Philosophical Quarterly. His "The Duty Free Family" appeared in the May 2008 issue of Touchstone.