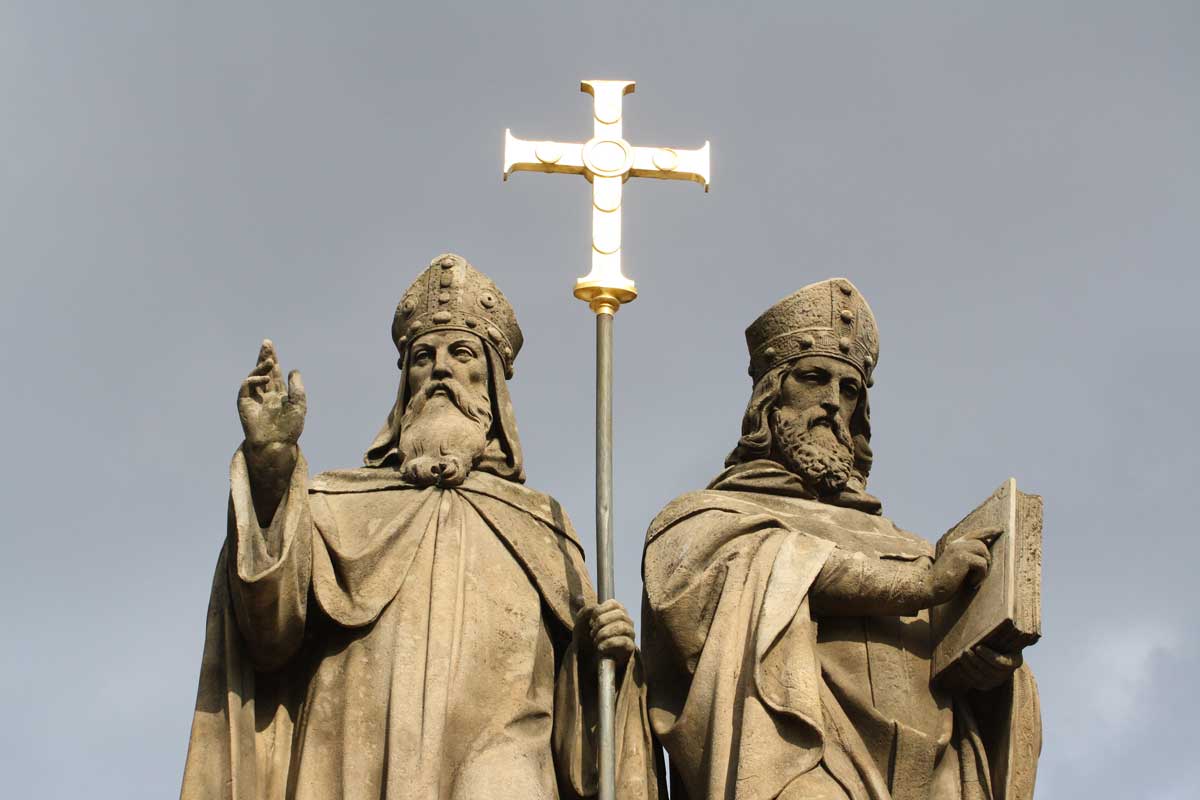 The Legacy of the Mission of Cyril & Methodius 1,150 Years Later by Mark Eliot Nuckols

While Paul began his evangelization of Europe in Philippi, the most successful congregation he founded in Europe may have been in Thessalonica. The church there has a rich legacy, perhaps most greatly exemplified in two brothers, Cyril and Methodius.

The Christians of Thessalonica, 800 years after Paul, sent these two on a mission to Eastern Europe. They prayerfully and obediently abandoned their chosen paths in life and answered God's call to become missionaries to the Slavs. Their endeavors laid the cultural foundations that would enrich the lives of hundreds of millions.

The year 2013 marks the 1,150th anniversary of that mission of 863, the "Moravian Mission." The legacy of Sts. Cyril and Methodius remains strong, especially in Central and Eastern Europe. In brief, they created an alphabet and codified the first Slavic literary language, giving rise to Slavic liturgical and literary traditions, as well as a sense of Christian devotion and identity that is both distinctively Slavic and thoroughly connected with European civilization as a whole.

Named co-patrons of Europe by John Paul II in 1980, Cyril and Methodius served as an inspiration for the faithful behind the Iron Curtain. Recognized as saints by both Eastern and Western Christians, they have also inspired efforts toward Christian unity.

Prior to their mission, much of Europe was still pagan, especially in the north. The Carolingian dynasty, established by Charlemagne six decades earlier, had been divided among his descendants. The Byzantine Empire had come under increasing attack from Arabs, Persians, and even Russians, and would soon face challenges from Bulgaria. Much of the continent lived under tribal rule and was subject to invasions from less-settled peoples.

The Slavs, an Indo-European people on the move since the fifth century, could be found from the Elbe to the Balkans and east to the Volga. After 804, a number of Slavic tribes became firmly established in the central Danube region.

The most significant of the nascent Slavic states was Great Moravia, which at its height probably covered most of present-day Moravia and Bohemia (the Czech Republic) and Slovakia, and some neighboring areas in today's Hungary and Austria. In the politics of shifting alliances, conquest, and rebellion, Moravia became a vassal state of Louis the German's Kingdom of the East Franks, the eastern portion of the Carolingian Empire. Under the auspices of Frankish monks, missionary activity had already begun in this territory.

By the mid-ninth century, missions from northern Italy, Bavaria, and the diocese of Salzburg had preached the gospel in these Slavic lands, although the depth and breadth of conversions are disputable. The Moravian prince Rostislav sought missionaries to educate his people further in the faith. As recorded in the Vita Constantini (unless otherwise noted, all quotes from the Vita Constantini and the Vita Methodii are taken from Medieval Slavic Lives, Marvin Kantor, ed., Slavic Publications, 1983), Rostislav wrote to the Byzantine emperor Michael III:

Though our people have rejected paganism and observe Christian law, we do not have a teacher who can explain to us in our language the true Christian faith, so that other countries which look to us might emulate us. Therefore, O lord, send us such a bishop and teacher; for from you good law issues to all countries.