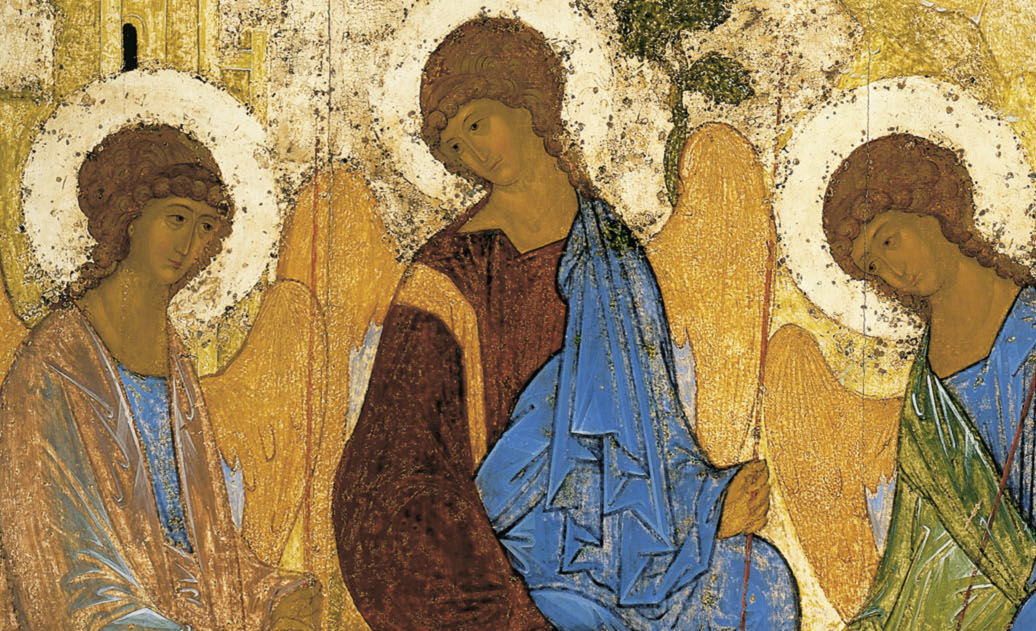 Some time in the early years of the fifteenth century, the painter Andrei Rublev produced this icon of the Trinity, possibly for the church of the Monastery of the Holy Trinity, which he himself had entered at an early age. I say "produced" rather than painted, because to an Orthodox iconographer, it is the Holy Spirit who inspires any sacred image, and the painter who transcribes it with his hands. Thus, the iconographer would never sign a painting as being by Andrei Rublev, but rather by the hand of Rub . . .