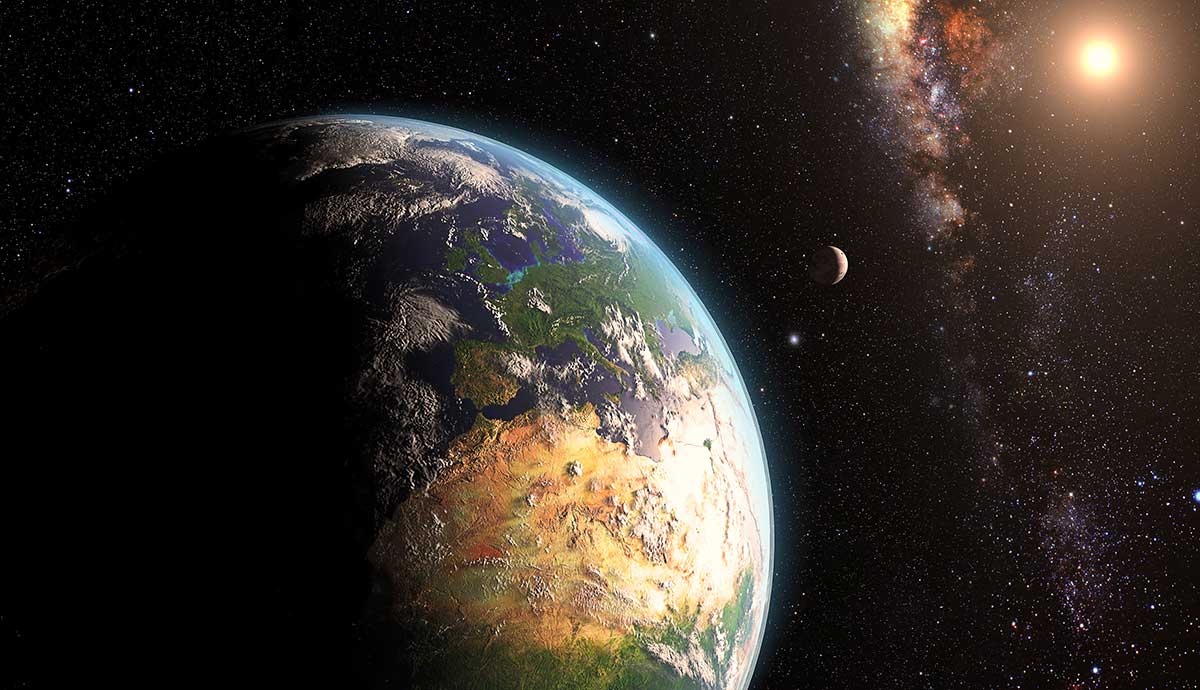 Lost in Space by Michael Baruzzini

C. S. Lewis, of The Chronicles of Narnia fame, penned another less familiar set of novels: his Space Trilogy. This set of three science-fiction adventures follows the travels and trials of an Oxford professor of philology named Elwin Ransom (rumored to be based on Lewis’s friend J. R. R. Tolkien, author of The Lord of the Rings). Ransom travels first to the planet Mars in Out of the Silent Planet, then to Venus in Perelandra, and finally, in That Hideous Strength, the last book of the series, he participates in a dramatic showdown on earth between the cosmic powers of good and evil.

Alongside his investigation of how orthodox Christian beliefs might play out in a “sci-fi” scenario, Lewis threw in speculations about the particulars of space travel and the nature of space itself. In one inspired passage, Ransom sits in his spacecraft on the way to Mars, and muses about how “space” has not been quite what he expected:

He had read of “Space”: at the back of his thinking for years had lurked the dismal fancy of the black, cold vacuity, the utter deadness, which was supposed to separate the worlds. He had not known how much it affected him till now—now that the very name “Space” seemed a blasphemous libel for this empyrean ocean of radiance in which they swam. He could not call it “dead”; he felt life pouring into him from it every moment. How indeed should it be otherwise, since out of this ocean the worlds and all their life had come? He had thought it was barren: he saw now that it was the womb of worlds, whose blazing and innumerable offspring looked down nightly even upon the earth with so many eyes—and here, with how many more? No: Space was the wrong name. Older thinkers had been wise when they named it simply the heavens—the heavens which declared the glory. . . .

Ransom discovers that space is not quite what the modern, scientific imagination envisions: vast, cold, and empty. His view accords more with the ancient conception of the universe, which envisioned the space around earth as a complicated and ethereal heaven, crowded and precise. In some cosmologies, crystal spheres contained the orbits of each of the planets, which were propelled by Pythagoras’s mystical, geometrical music.

As technology progressed and civilization developed the investigative tools and techniques of modern science, the limits of these intimate heavens were pushed back. Copernicus demonstrated that the sun was the dominant object in the local universe and that the earth simply circled it in a large, empty orbit, accompanied by the other planets. Later measurements showed that the stars were not small points of light settled just at the edge of the solar system but were actually millions of times farther away in space—and therefore must be unimaginably large and bright objects, possibly other suns. The cosmos was growing, and as it grew, it grew emptier.

Edwin Hubble and others showed that the Milky Way was not the only galaxy, but that the stars, with the vast spaces between them, were clustered into millions of relatively similar galaxies, with even grander empty spaces between those. Finally, the advent of space travel underscored the inhospitableness of space, where millions of dollars’ worth of state-of-the-art equipment was required to keep just a few astronauts alive for a short time. The cozy home of the gods was now known to be a barren wasteland, punctuated by isolated clumps of matter, one of which happened to be our lonely, insignificant oasis, the planet earth.

In 1990, the popularizer of science Carl Sagan asked NASA to point the cameras on the spacecraft Voyager at earth, in order to take a photograph of our planet from a distance of almost four billion miles. The resulting image is iconic, showing the earth as an insignificant speck in the midst of a sea of empty blackness. In stark contrast to Ransom’s sentiment, Sagan, a noted atheist, was inspired by this photo to pronounce in his book Pale Blue Dot:

Our posturings, our imagined self-importance, the delusion that we have some privileged position in the Universe, are challenged by this point of pale light. Our planet is a lonely speck in the great enveloping cosmic dark. In our obscurity, in all this vastness, there is no hint that help will come from elsewhere to save us from ourselves.