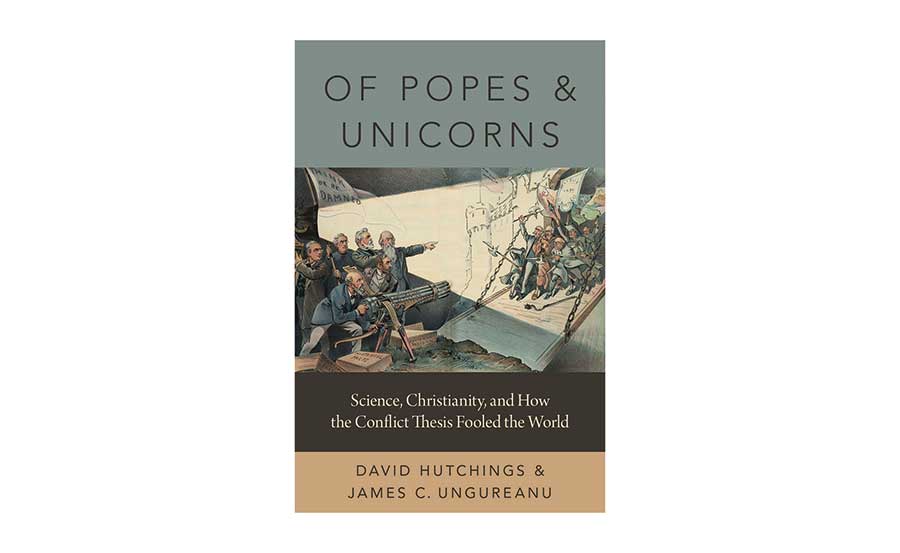 Of Popes and Unicorns: Science, Christianity, and How the Conflict Thesis Fooled the World
by David Hutchings and James  C. Ungureanu
reviewed by Max Longley

Popular culture continues to entertain a narrative about the conflict between science and Christianity. Specter-like, this narrative haunts both the intellectual class and the normal people. Although scholars of the history of science and religion have exploded the myths on which this narrative is based, the narrative is so consoling to those who reject traditional Christianity that it keeps returning after being refuted. In Of Popes and Unicorns, Hutchings and Ungureanu, two British intellectuals, undertake to inform the public of what history-of-religion scholars already know: that the “conflict thesis” is a myth that, having received its death blow, deserves a proper burial.

The two authors blame the conflict myth for all sorts of current evils—discrimination against scientists who are Christian on the part of an influential atheist minority of scientists, for example. They even blame the conflict narrative for reducing the number of blacks, Latinos, and women in science (allegedly, they are scared away from scientific work by the fear that they will have to abandon their faith).

Max Longley is a writer in Durham, North Carolina. He is the author of Quaker Carpetbagger (McFarland, 2020), For the Union and the Catholic Church (McFarland, 2015), and numerous articles.