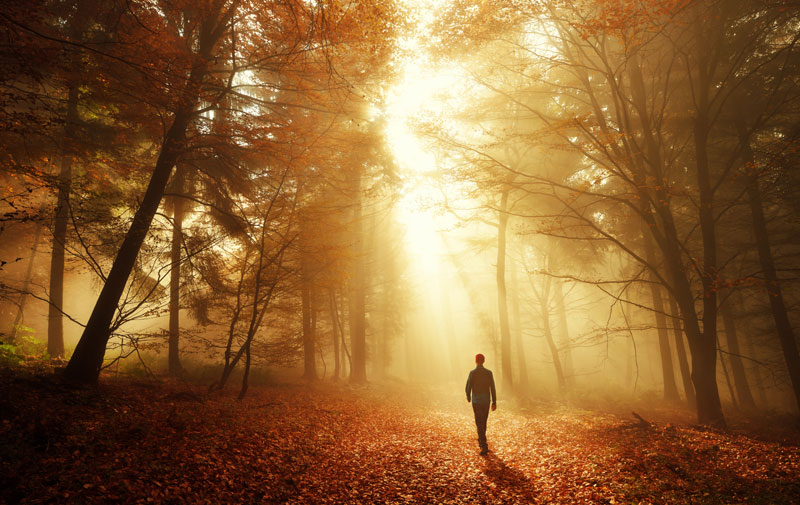 What's the Use? by Robin Phillips

In Aldous Huxley's dystopian classic Brave New World, thereis a scene where "the Director" is giving students a tour of a nursery designed to produce ideal humans. At one point he pauses to clarify why hatred of flowers is being programmed into the lower classes. He explains that love of nature serves no practical purpose in the modern society: "Primroses and landscapes, he pointed out, have one grave defect: they are gratuitous. A love of nature keeps no factories busy. It was decided to abolish the love of nature, at any rate among the lower classes."

The word "gratuitous" is not a common term in modern vocabulary, and it tends only to be used in a pejorative sense, as when we say that a film has "gratuitous sex and violence." Yet the word comes from the Latin gratuitus, which means to give freely. Something is gratuitous if it is extra, gracious, and in abundance, beyond what is strictly necessary or useful.

The masterminds in Huxley's dystopia hated the love of nature precisely because of its gratuitousness—because it was inefficient in serving the machinery of the state. Although Brave New World is fictional, it offers extraordinary insight into the psychology behind real-world totalitarian regimes. A hallmark of twentieth-century experiments in utopia was the belief that man's aesthetic faculties should be channeled to useful ends, and that works of imagination and beauty should be tools serving political goals. This is one of the reasons Communist officials in the Soviet Union and Eastern Europe did not seek out only political dissenters to send to prison camps, but also artists and intellectuals.

As artists and intellectuals were sought out and imprisoned, the Soviets sanctioned a new type of art known as "socialist realism." Socialist realism regulated expression, glorified technology, and reduced art to its purely didactic function. The Marxist philosopher and revolutionary Georgi Plekhanov set the tone for the new mood when he declared that the value of art lay in its social usefulness: "There can be no doubt that art acquired a social significance only in so far as it depicts, evokes, or conveys actions, emotions and events that are of significance to society."

The Christian theologian St. Augustine of Hippo taught that the liberal arts do have a kind of use, insofar as they kindle desire, which finds its home in God. Education plays an important role in eliciting a desire that no earthly conditions can satisfy. By contrast, Karl Marx aimed for the complete elimination of desire. In the 1846 text he wrote with Friedrich Engels, A Critique of the German Ideology, Marx envisioned a society where desire could be eliminated through men and women fulfilling their purpose as producers. Unsurprisingly, Marxist societies rarely tolerated art that kindled desire for things the state could not provide.

Paintings and sculpture produced in the style of socialist realism glorified the pragmatic anthropology of Marx, in which humanity realizes its proper end through productivity. To solidify this anthropology in the minds of citizens, Marx could never allow for purely gratuitous art; all creativity should be useful in serving an agenda. Even something as seemingly benign as the game of chess came under attack in the Soviet Union. In Live Not by Lies, Rod Dreher tells of a Stalinist-era commissar, N. V. Krylenko, who steamrolled over chess players who resisted the subversion of chess to pragmatic ends. Defending the philosophy that led to the brutal murders, Krylenko remarked, "We must condemn once and for all the formula 'chess for the sake of chess,' like the formula 'art for art's sake.'"

Significantly, when Marx's ideas spread to Europe in the twentieth century, it was through the liberal arts that writers and artists escaped the oppression of this hyper-pragmatic anthropology. By pursuing liberal arts (painting, poetry, music, literature, even chess) as things that are valuable for their own sake, they posed a powerful challenge to the theory that all art should be useful, subservient to a political agenda.

My favorite example of this is the German-language film The Lives of Others. Though fictional, the film draws inspiration from the work of real artists who lived under East German Communism.

The film centers on a small group of playwrights, artists, and intellectuals in East Berlin who find themselves stifled by the restrictions of the totalitarian society. Hauptmann Gerd Wiesler, an agent of the Stasi, suspects that the playwright Georg Dreyman could be subversive, so he orders Dreyman's apartment to be bugged. As Wiesler begins eavesdropping on Dreyman and his girlfriend, Christa-Maria, he is gradually transformed by what he hears.