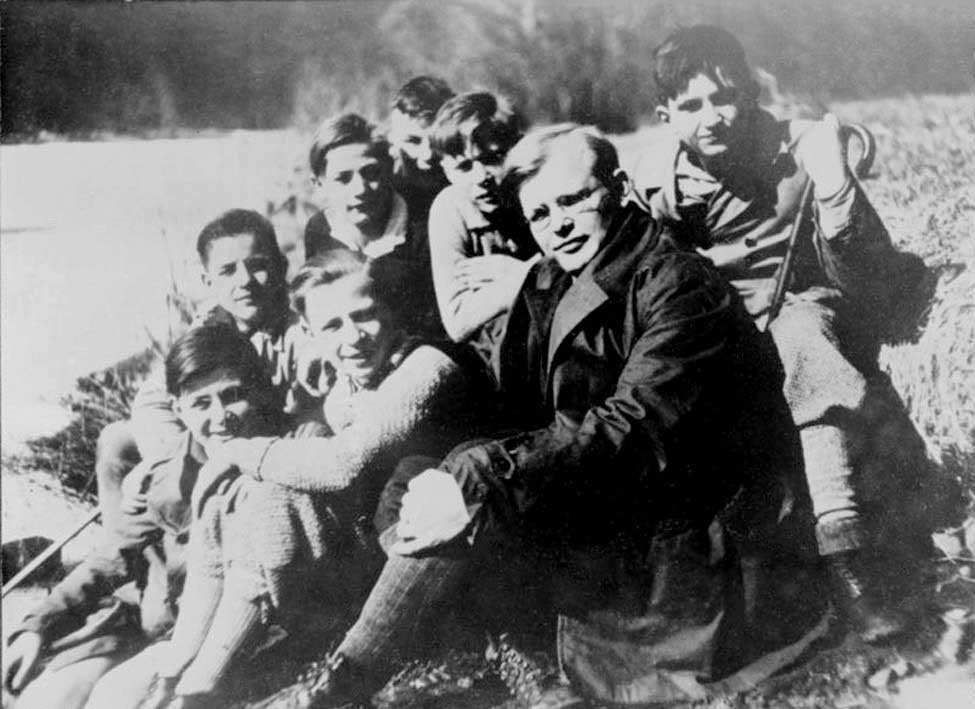 Within months of his appointment as Reich Chancellor of Germany on January 30, 1933, Adolf Hitler set in motion a policy of Gleichschaltung, loosely translated, "coordination." Audacious in its concept and breathtaking in its reach, this policy of coordination sought to bring every part of German society into alignment with the Nazi regime's racial and nationalist views.

By July of that year, the effort to establish the policy of coordination could be declared an unmitigated success. Nearly every government entity and public and private institution, including voluntary organizations, had come into alignment. Many came enthusiastically as new converts to the Weltanschauung of blood, soil, and race—the worship of the Volk—while others submitted through fear or for self-preservation. Opponents of the policy who had the means, talent, foresight, and connections to flee to other countries did so. Less fortunate opponents were either shot or interned in the first concentration camps. By August 1934, when the German military forces swore a personal oath of loyalty to Adolf Hitler, the coordination of the German nation was almost complete.

Almost. Only the church remained to be co-opted.

A small coterie of Christians dared to resist Nazi coordination through the creation of the Confessing Church. At the forefront of this group, and among its most zealous defenders, stood the Lutheran pastor Dietrich Bonhoeffer. Twenty-seven years old when the policy of Gleichschaltung was first enacted, Bonhoeffer spent the rest of the 1930s rousing the church, inside and outside of Germany, to speak a "divine word" and take action against Nazi fanaticism and the "German Christians," National Socialist sycophants dressed up as Christians. Bonhoeffer displayed an unusual nimbleness as he experimented with the best means of peaceful resistance. He first looked outward to the ecumenical movement, then began flirting with Gandhian ideas of peaceful resistance, and finally turned inward to concentrate on the formation of the spiritual resources necessary to sustain the Confessing Church under persecution.

Indefatigable in his yeoman efforts to save the church and defeat the principalities and powers of racism, militarism, and jingoism, Bonhoeffer resisted to the end of a noose, where he died at the hands of Nazi henchmen in 1945. Yet, as the Scriptures teach, a seed cannot bear fruit unless it falls to the ground and dies. And so, all would not be lost at the gallows, nor victory ungrasped, as the life and writings of this saint would go on to inspire future generations of Christians to resist the evil in their day. In the inscrutable judgment of the Lord of history, success would finally come to this Christian of resistance.

From the outset, Bonhoeffer possessed an unusual prophetic sensitivity to the evil overtures emanating from the Nazi movement. Even as the National Socialists were still accumulating power in the Reichstag, he was calling on the ecumenical movement to speak a "divine word" against the rising militarism they represented. Bonhoeffer firmly believed in the power embedded in Jesus' Sermon on the Mount to resist evil and establish peace. "Here alone [in the Sermon on the Mount] lies the force that can blow all this hocus-pocus sky-high—like fireworks," he wrote. If the "heathens" in the east—a reference to Gandhi and his followers—could grasp the shape and power of Jesus' teachings to world-changing effect, surely the church of Jesus Christ could counter the "misleader" (Verführer), Bonhoeffer's wordplay on Hitler's self-designation as "der Führer."

Bonhoeffer urged the World Alliance for Promoting Fellowship through the Churches—a multi-national ecumenical group of Protestant churches—to issue a proclamation against militarism. In his speech "The Church and the Peoples of the World," he called upon the ecumenical body to speak a "divine word" to an unsettled world, choosing Psalm 85 as his biblical text: "I will hear what God the Lord will speak: for he will speak peace unto his people, and to his saints." He implored the World Alliance to consider itself a "Church Council," an unprecedented idea.

Even before the first salvo had been fired against the Jews in Germany, Bonhoeffer promulgated a new conciliar understanding of Protestantism that could speak authoritatively to the nation of Germany, indeed to all warring nations:

When will it be that Christianity says the right word at the right time. . . . Only the one great Ecumenical Council of the Holy Church of Christ over all the world can speak out so that the world, though it gnash its teeth, will have to hear, so that the peoples will rejoice because the Church of Christ in the name of Christ has taken the weapons from the hands of their sons, forbidden war, and proclaimed the peace of Christ against the raging world. . . . There is no way to peace along the way of safety. For peace must be dared.

Joseph L. Thomas is Assistant Professor of the History of Christianity at Urbana Theological Seminary. He is the founder and president of Life Together House, an organization dedicated to revitalizing American Christianity for a "world wide awake." He is the author of Perfect Harmony: Interracial Churches in Early Holiness-Pentecostalism, 1880-1909 (Emeth Press, 2014).