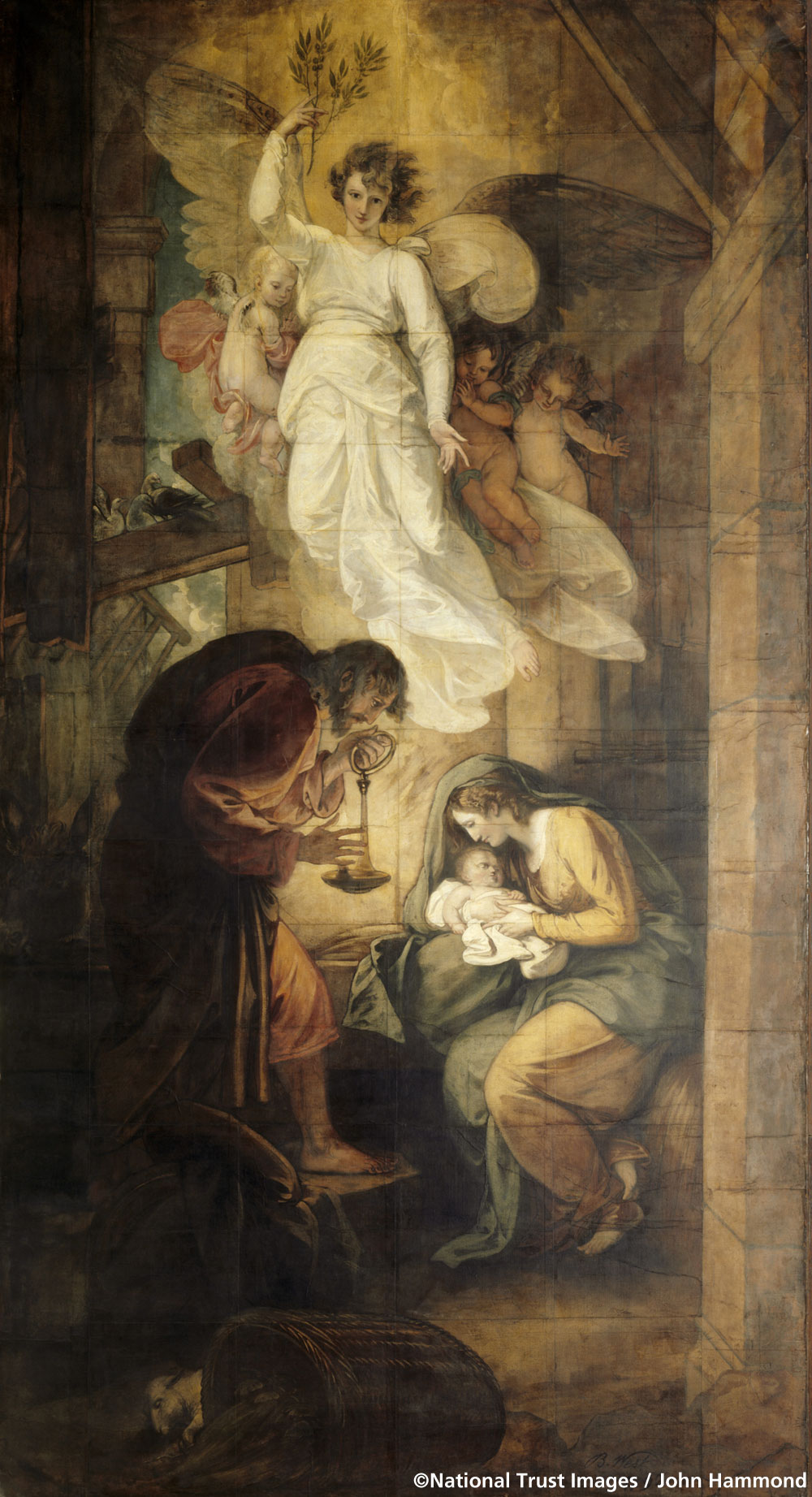 Benjamin West chose an atypical format for his Nativity of 1792: tall and narrow, with the figures of the Holy Family compressed into a shallow space and dominated by the figure of the dramatically uplit angel. Mary cradles the child Jesus at the lower right, while a shadowy Joseph leans over protectively from the left. He holds a candle lantern, which he shields with his hand so that the flame, the sole source of light, is hidden from view. In front of him is a bushel measure, tipped over, and behind it, barely visible, a lamb. Above Mary and Joseph towers the angel, holding in his hand an olive branch; beside him on the rafter to the left sits a pair of doves. He is accompanied by three cherubs, identical in form but seemingly of three different races. How do we make a coherent reading of all these disparate elements?

Light is central to this unusual image. Christ, the light of the world, has been born into obscurity. Like Joseph's candle, the light is hidden, yet it enlightens the whole picture and the whole world. The basket is tipped over: the bushel is lifted and the light revealed. The Lamb of God has entered into the world, though as yet he remains obscure. The light also enlightens the heavens: the majestic angel, with his olive branch and his doves, brings a message of peace to all the races of the world.

The emphasis on Christ's humble origins might have been meant as a gentle reminder to its intended audience. Benjamin West, born a Pennsylvania Quaker of modest means, painted the Nativity as a design for a side window in St. George's Chapel in Windsor Castle, for no less a personage than King George III. West, who was originally self-taught, caught the attention of a wealthy patron who sponsored a grand tour of Europe so that the young painter might study the Old Masters. One stop was Venice, where West quickly absorbed the coloristic and compositional principles of Titian, Veronese, and especially Tintoretto, which are particularly in evidence in this painting.