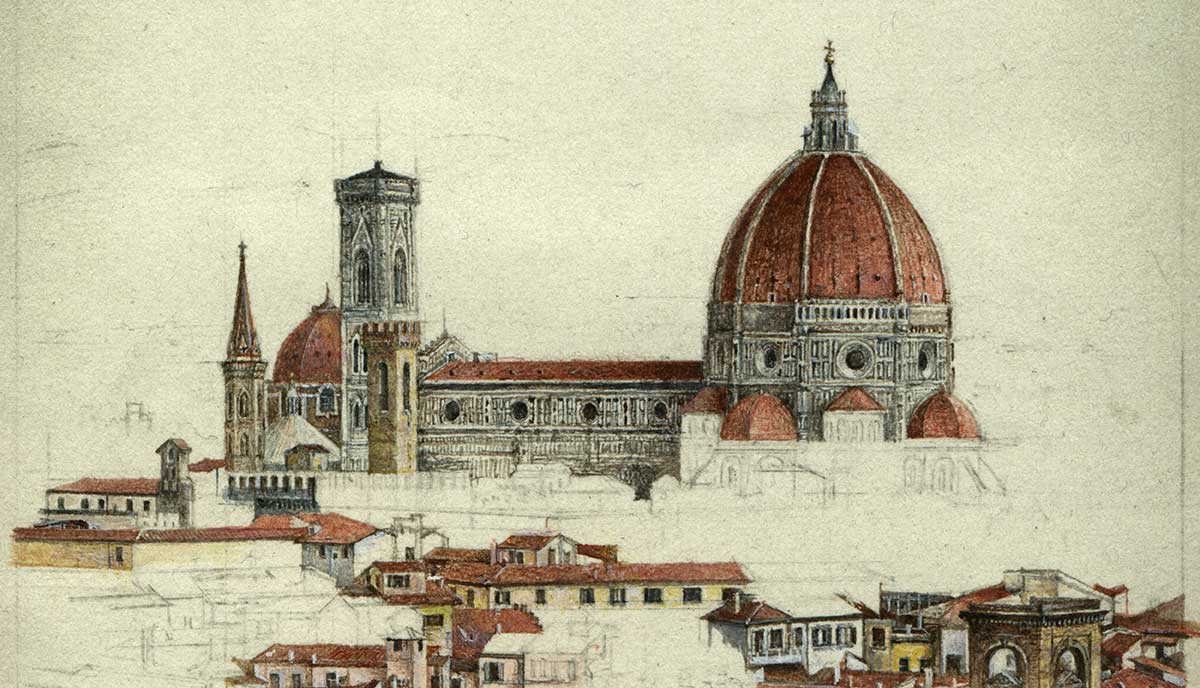 The Ugly and the Good by Anthony Esolen

The Ugly & the Good

When I was a young man of 24 years, in the middle of a brief and not entirely happy flirtation with what is called "liberalism," I remember thinking the most impertinent and self-important thought, as I stood in the gallery of the cupola of the cathedral in Florence, gazing out upon the tiled faces of its octagonal dome that towers more than 350 feet above the earth. The thought was not about scaffolding, or pulleys, or sledges heaped with tiles. Those are pertinent and practical things, and at that time I had not yet been married or owned a house, so I was far from knowledge of carpentry and masonry. In that regard I might as well have been a soft-handed professor of women's studies, bemoaning in smart dress the unfairness of it all, that men like both of my grandfathers breathed coal dust in the mines for ten hours a day while their wives had to stay home and miss out on the glamour of a claustrophobic nervous breakdown, in one case, and a broken neck in the other. 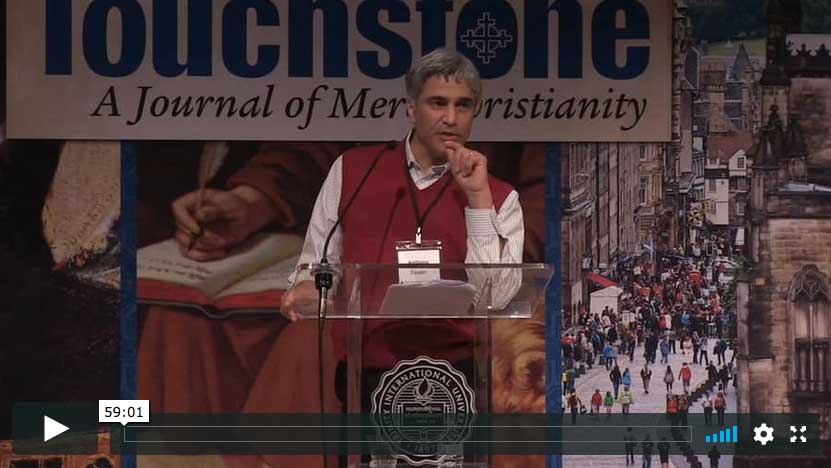 No, I'm ashamed to say that my thought parroted the demon that preoccupied Judas, when he saw the woman break open the jar of precious ointment to anoint the feet of Jesus while she wept. "This could have been sold for three hundred pieces of silver, and the proceeds redistributed to the poor," said he whom St. John, who was in a position to know, called a thief. Such a waste. Then the giddiness of that height made me consider how many boys and men lost their lives while building those churches. It spoiled, just a bit, my appreciation of its magnificence. Yet something Italian still must have been running in my veins, because I sought out those cathedrals and their bell towers and galleries and domes even so, and I was glad that they had gathered their towns roundabout them. In my best moments since, I can imagine myself working a tile into place, hanging up there by a rope and a board, surrounded by the gruff chatter of workmen, and the greater dome of the sky above.

I've come to see the medieval cathedrals of Europe as the most glorious works of folk art the world has ever known. For that's what they are. They rose up as a lofty expression of the piety of ordinary people, the work of hundreds of men's hands, digging the deep cavity for the foundation, hewing and setting delicate half-ton stones without mortar, mixing colors for paint or the glazing of windows, searching the forests for the tallest oaks to fell and to carve into beams to span a roof; far more kinds of work than I know and can name.

And it was in the most obvious sense a work of faith. The funds were sure to run out, and then many years might pass during which the building remained incomplete. Raising up one of those structures required trust in your grandson to complete what you worked on and what your grandfather began. We have nothing comparable now.

And they put themselves into those buildings. I mean that literally. You will see many a window featuring ordinary workmen: bakers, weavers, smiths, coopers, carpenters. There was a homely and healthy town rivalry in their enthusiasm, too. Everybody wanted a church that was finer and taller than the one in the town up the river. Sure, that meant also that a steadier stream of pilgrims—for medieval man was a pilgrim, not a tourist—would come to your town, and they would need food and drink and lodging. But of course the vast expense would never be recovered by the same people who contributed at first, and nobody expected as much. To ask, then, why they did such a thing, rather than keep their gold hidden in a hole in the floor, is to ask what is beside the point. They did it because they loved doing it. They were free.

I intend that word in its old Germanic sense. To be free is not, O modern man, to be rid of all claims upon your love, your duty, your person, and your substance. If that were true, then Charles Dickens crafted a truly blithe and free spirit in the unregenerate Ebenezer Scrooge, crouching alone in his dismal flat and eating gruel gone sour. If you are talking about freedom and you are not talking about love and devotion, then you are not talking about freedom at all; you are talking about moral license, or a permission guaranteed by statutory law, that you may in some regard do exactly as you like, which may include gazing endlessly at evil pictures on your computer screen, and thus transforming yourself, cell by cell and pulse by pulse, into a thing, an automaton. Even at Magdalen College, where by the ineffable mercy of God I now teach, one of my students expressed surprise that I did not define freedom in this negative fashion. "What can freedom then be?" he asked, genuinely wanting to know.

I gave him a definition that every poet and thinker in the Middle Ages would have accepted, and likewise every Christian, whether Catholic or Protestant, in the Renaissance. I said that freedom is the unimpeded capacity to attain to the perfection proper to the kind of creature you are. But since man is made in the image of the God who is a three-personed communion of love, his perfection, the enlargement of his soul, can only come by means of a gift, by the gift of grace from God, which enables him to make of himself a gift to others. There is no truly human freedom without grace, and the love that is its proper response.