When first I was invited to speak at this conference on Rod Dreher's Benedict Option, I purposed to say something of an earlier attempt within American Protestantism to face the problem of an encroaching and hostile secularizing religious modernism which threatened to, and has actually been successful in, vitiating the Christian witness wherever it has been permitted to operate. This spirit, addressed by Pope Pius X in the 1907 encyclical Pascendi Dominici Gregis, was being dealt with among Protestants of a number of denominations in 90 essays published between 1910 and 1915, gathered under the title The Fundamentals. Through the gift of two wealthy businessmen, an effort was made to send copies to every minister, missionary, professor of theology, YMCA and YWCA secretary, and Sunday school superintendent in the United States and other English-speaking countries. 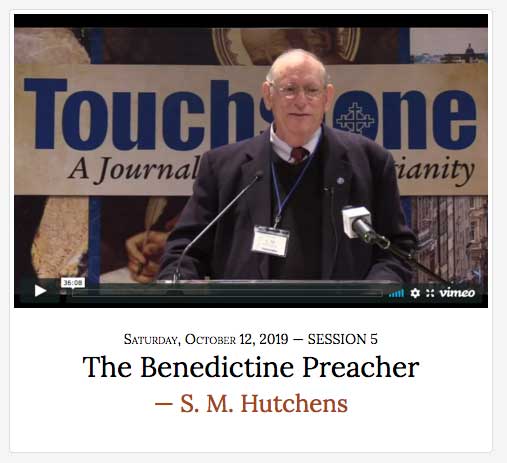 In the early 1920s, those in sympathy with the conservative tracts were journalistically dubbed "fundamentalists," and within twenty years, fundamentalism itself divided into two mistrustful factions, the more separatistic of which continued to identify itself as fundamentalism while the more world-engaging group called itself "Evangelical," establishing the National Association of Evangelicals in 1942. My original intent was to present a commentary on this continuing division as representative of two natural but defective ways to proceed in the world and thus as a cautionary tale on the grounds of the Benedict Option—and the use of the concept of mere Christianity as a way to address pre-emptively problems of this sort, while noting its consonance with the spirit of the original fundamentalists.