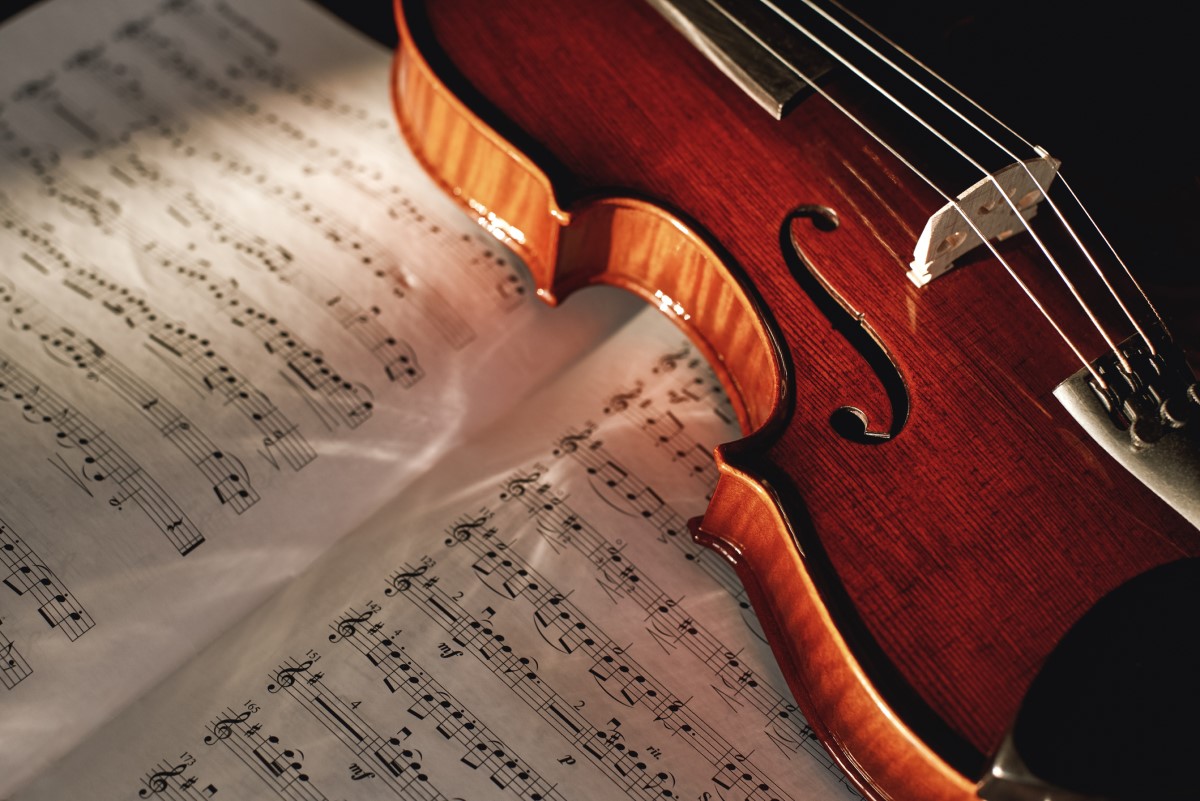 More on Music by Kathie Johnson

In my last column, I covered books on music, mostly composers. For children to understand and appreciate classical music, I think it would help for them also to know something about the instruments and what makes up an orchestra. Too many kids are exposed mainly to guitars and drums, and maybe keyboards. They need to have their ears tuned to the haunting quality of the oboe, the bright notes of the trumpet, and the varied tones of the string family. Understanding how they all come together in an orchestra is also important.

A slightly humorous take on orchestras is The Philharmonic Gets Dressed, by Karla Kuskin, in which the various members of an orchestra get themselves ready and come together for a performance. This book makes them very human and knowable, not just performers on a distant stage. The Story of the Orchestra, by Robert Levine, has great illustrations and an accom-panying CD. It covers major composers and then has spreads on each instrument, with lots of information.

Two books by Ann Hayes are filled with animal instrumentalists. Meet the Orchestra describes orchestral instruments colorfully, and Meet the Marching Smithereens describes the instruments in a marching band. The animal characters make these books fun. In a fiction book about an orchestra coming together, Zin! Zin! Zin! A Violin by Lloyd Moss, a lonely trombonist plays his instrument on a stage, and gradually other instrumentalists join him, each adding their special sound.

A series of books by Dee Lillegard, illustrated with photographs and containing large print, has separate volumes on brass instruments, percussion, woodwinds, and strings. At the back of each book is a set of drawings of each family of instruments, which is great for review. Rosmarie Hausherr’s What Instrument Is This? is great for younger children. It’s in Q & A format, with a question accompanied by a photo of an instrument on one page, and the correct name of the instrument along with some information about it on the next.

Many books, both fiction and non-fiction, have been written about individual instruments. A wonderful book on the making of a violin is Cornelia Cornelissen’s Music in the Wood, which is illustrated with photographs. A rather mysterious story with shadowy illustrations but a lovely message is The Voice of the Wood by Claude Clement. A craftsman makes a cello out of a special tree, but warns the person who wants to play it that he must humble himself first.

The lovely A Fiddle for Angus, by Budge Wilson, is about a boy in a musical family who wants an instrument of his own to play. He takes some time deciding which instrument he wants, and then finds out that it takes practice and discipline to make it sound beautiful. Ada’s Violin, by Susan Hood, is the heartwarming true story of a girl who lives in a poor area of Paraguay, next to a garbage dump. Favio Chavez, a music teacher, begins making various instruments for the local children out of materials taken from the trash, and Ada chooses a violin. Many children come together under Chavez’s direction to form the Recycled Orchestra of Cateura, which has become well known and performs widely.

A Song for Cecilia Fantini, by Cynthia Astor, is a tribute to piano teachers. It tells of a much-loved piano teacher in a small town and the memories of her after her death, especially the songs she taught the children. Henry the Steinway: A Star is Born, by Sally Coveleskie, tells of a girl who plays piano duets with her father until a key sticks. When a piano repairer shows her the inner workings of the piano, she gets interested and asks her piano teacher if the kids can go to the piano factory. There she learns more, including how her own piano came to her.

A Very Young Musician, by Jill Krementz, is the true story of a ten-year-old boy in Maine who plays the trumpet. The story follows him to lessons and concerts and is illustrated with photos. In the simple Ben’s Trumpet, by Rachel Isadora, a young African-American boy longs to play the trumpet after hearing the music from a nearby jazz club.

There are a couple of odds and ends. Hey, Charleston! by Anne Rockwell is the true story of the Jenkins Orphanage Band. When this South Carolina orphanage needed money, old instruments were requested, and the children began to learn to play, developing their own style, called “rag.” They were a hit and toured, reaching large audiences.

The Musical Life of Gustav Mole and The Last Music, illustrated by Kathryn Meyrick, are wonderful introductions to music, with playful animal characters. Be sure to get copies with CDs included. Anna Harwell Celenza has written a good series on major musical works, also with CDs. Included are Beethoven’s “Heroic Symphony” (No. 3, in E Major), Mussorgsky’s “Pictures at an Exhibition,” and Gershwin’s “Rhapsody in Blue,” among others. These well-illustrated books tell the story of how each work was written—what was going on in the composer’s life at the time, and so forth. If children realize there is a story behind each piece of music, it can take on greater meaning. An interesting take on attending a concert is Moses Goes to a Concert, by Isaac Millman. As Moses is deaf, what is that experience like?

Finally, I hope you and your children sing. I grew up in a family with a small house, but we had a “music room.” There we would gather around the piano, and while my mother played, we would sing together. Wonderful memories. Here are a couple of books that could get you started: Praise for the Singing, with arrangements by Greg Pliska, has great songs of the church, spirituals, Israeli songs, and others, with charming illustrations. Songs of Praise, collected and arranged by Kathleen Krull, includes beautifully illustrated hymns, each introduced with its history.

Music, especially classical music, can be a wonderful accompaniment to life. It can calm you, inspire you, and remind you of the beauty with which God has filled our world. Children who are exposed to it early and learn to appreciate it have a life-long friend.

Kathie Johnson has always had a love for children's books. She collected many as a teacher and began sharing them with other teachers. In 1986, she opened a children's library in her home, and it has continued to expand over the years. Many home-schooled and schooled children borrow books from it, and she takes great pleasure in finding the "right" book for a child. She attends First Presbyterian Church in Berkeley.