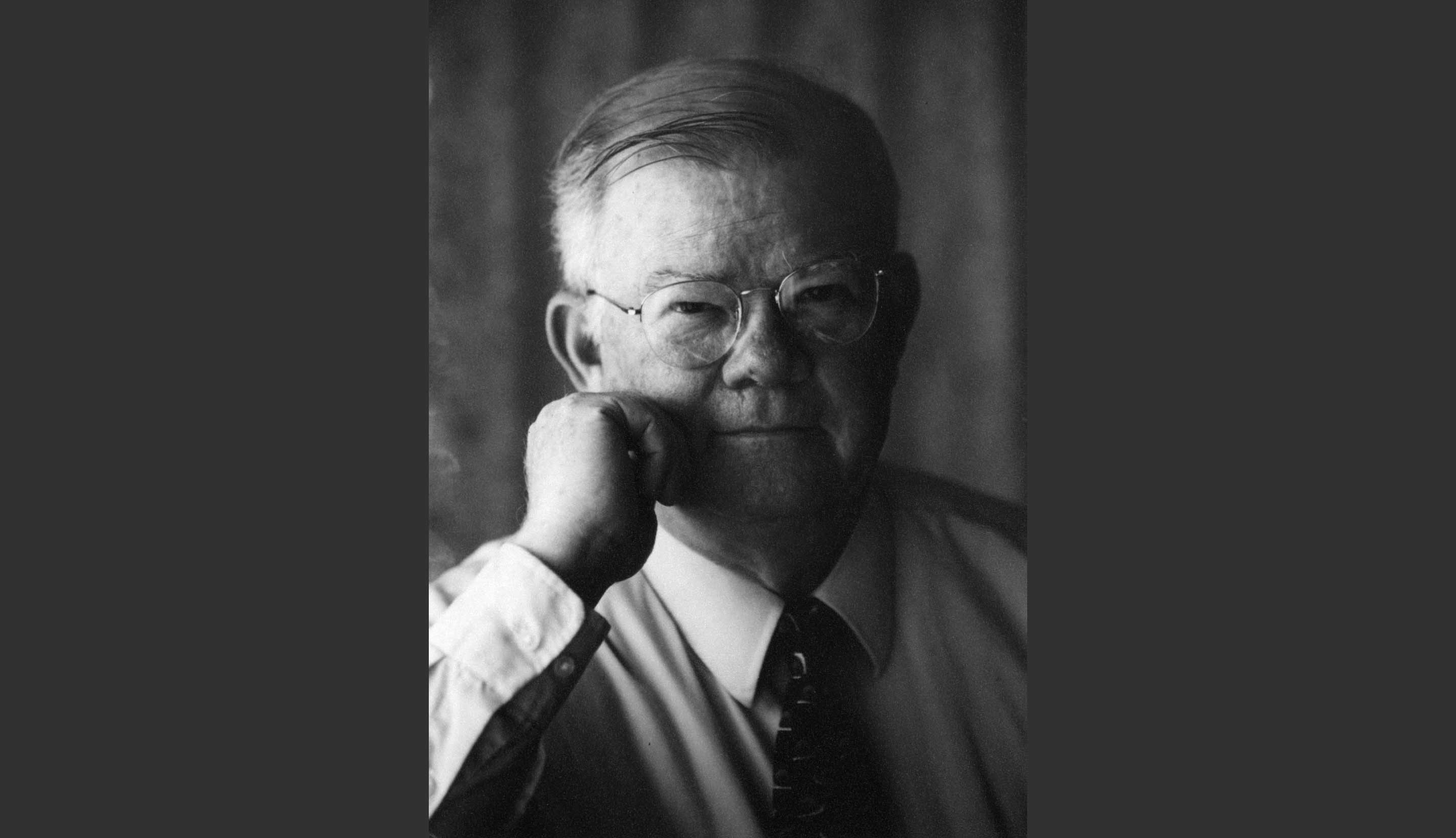 Phillip E. Johnson passed away on November 2, 2019, at age 79. Dr. Johnson was Professor of Law at the University of California at Berkeley and the author of Darwin on Trial, The Wedge of Truth, The Right Questions, and other books challenging the naturalistic assumptions that dominate modern thought. He was also a Touchstone contributing editor and friend.

Phil’s first appearance in Touchstone was in 1995, after we published a positive review of Darwin on Trial. In the next issue, we published a critique of the review and his book, to which Phil wrote a response. In 1997, Phil contributed “Reasonable Laws & Respect for Life,” a response to the views of Ronald Dworkin on abortion. In 1999, we published his feature article, “The Wedge: Breaking the Modernist Monopoly on Science.” He became a contributing editor in 2001 and then wrote 52 installments of his column, “The Leading Edge,” the last one appearing in the September/October 2013 issue.

Raised in a nominal Christian home, he was not a practicing Christian when he was an undergraduate at Harvard, a law student at the University of Chicago School of Law, or a new member of the faculty of UC–Berkeley. He said in a 2000 Touchstone interview: “I’m very different from most of the people I associate with now because they grew up in a Christian subculture, whereas my roots are in the academic subculture. I have a different set of experiences and thoughts.”

Eventually, he became a Christian. He asked questions of and studied his faith, commenting, “Either the gospel of Christ is the centerpiece of a new order or it’s nothing.” He also “wanted to know whether the fundamentals of the Christian worldview were fact or fantasy. Darwinism is a logical place to begin because, if Darwinism is true, Christian metaphysics is fantasy.”

So he entered into debates over the claims of Darwinism. Perhaps because of his own pilgrimage through a non-Christian subculture, he was gracious in response to criticism and was willing to entertain challenges and to engage in debate as a Christian gentleman:

Indeed, my philosophy is, when I do a serious debate, to play for a draw because I do not want my opponent and the audience going away saying, “That is one clever lawyer who can make you look like a fool in a debate.” I want them to go away saying, “There’s more to this than I thought. We ought to do this again.” All you have to do is get the right issues on the table and then you win. You don’t have to worry about it, because Darwinism is wrong, and it will selfdestruct.

Phil suffered several minor strokes beginning in 2001, ending his debating activity but not his writing. In an interview we published in 2004, he said:

Many people are glad to see God—and God’s judgment—relegated to the never-never land of subjective belief. Even devout Christians have been attracted to Darwinism because it seems to distance God from natural evil. These Christians usually don’t realize that in distancing God from the unpleasant aspects of reality, they are pushing him out of reality altogether, and thus will end up with a godless world in which there is no escape from nihilism. The depressing conclusion to the journey is concealed from most people for a long time because they assume that our moral traditions will somehow continue to direct human behavior even when their foundation in God has been removed.

He was a Presbyterian elder and a mere Christian, often making references in personal conversations to church fathers he’d been reading and to various Protestant, Catholic, and Orthodox writers. He closed his 2002 interview with Touchstone by saying:

I see my work as not just being about a scientific theory—it’s about the definitions of knowledge and reality. I see it as empowering this young generation, and I also see it as being inherently ecumenical. . . . Wherever I go, whether to a Southern Baptist, Catholic, or Orthodox church, I feel accepted into the Body.

more on intelligent design from the online archives