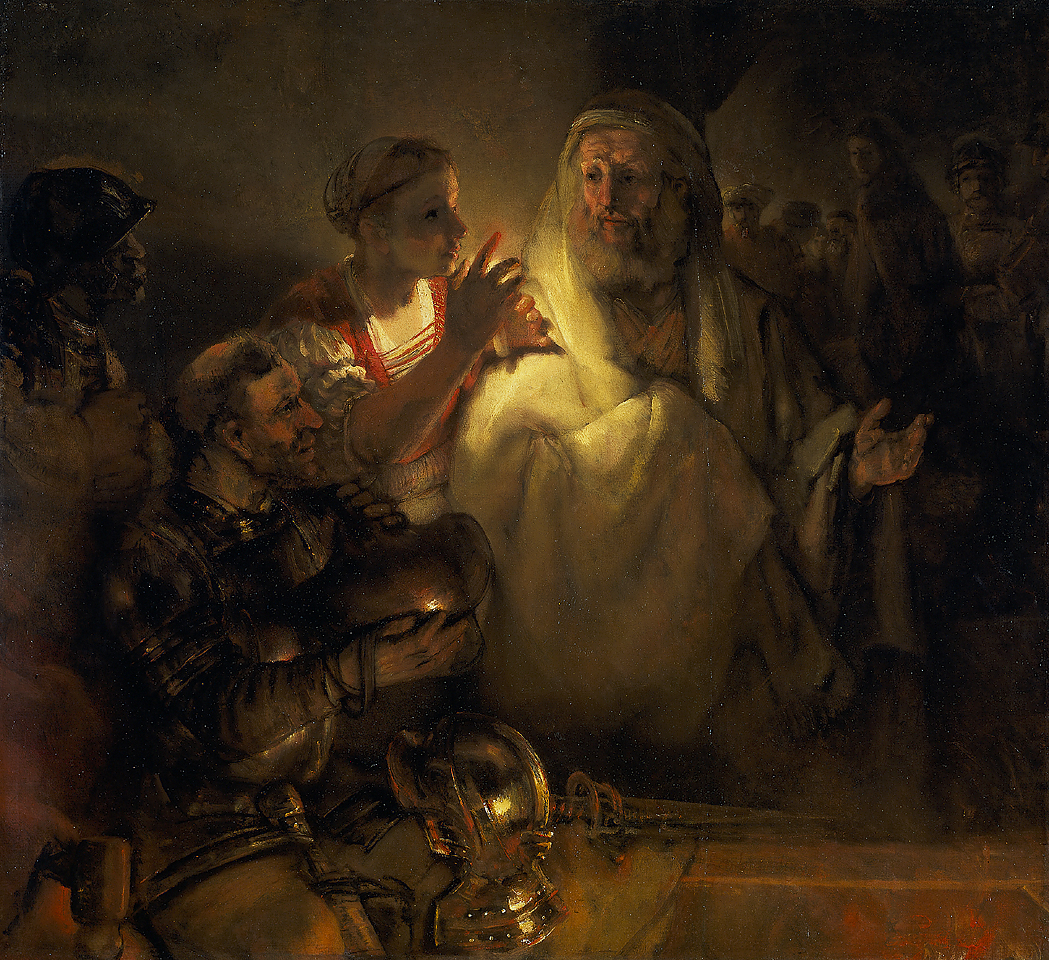 art
The Denial of Peter by Mary Elizabeth Podles

Rembrandt's
The Denial of Peter

Rembrandt’s world, the Holland of the seventeenth century, has been described as “a rich stew of religious denominations,” predominantly Calvinist, but flavored with Lutherans, Remonstrants, Anabaptists, Collegiants, Quakers, and a seasoning of Catholics and Jews. Religious controversies were the hot topics of the day. Yet for all that, religious painting in the Netherlands languished. Calvin considered that painting was suitable only to render an account of the visible world, useful for the de . . .