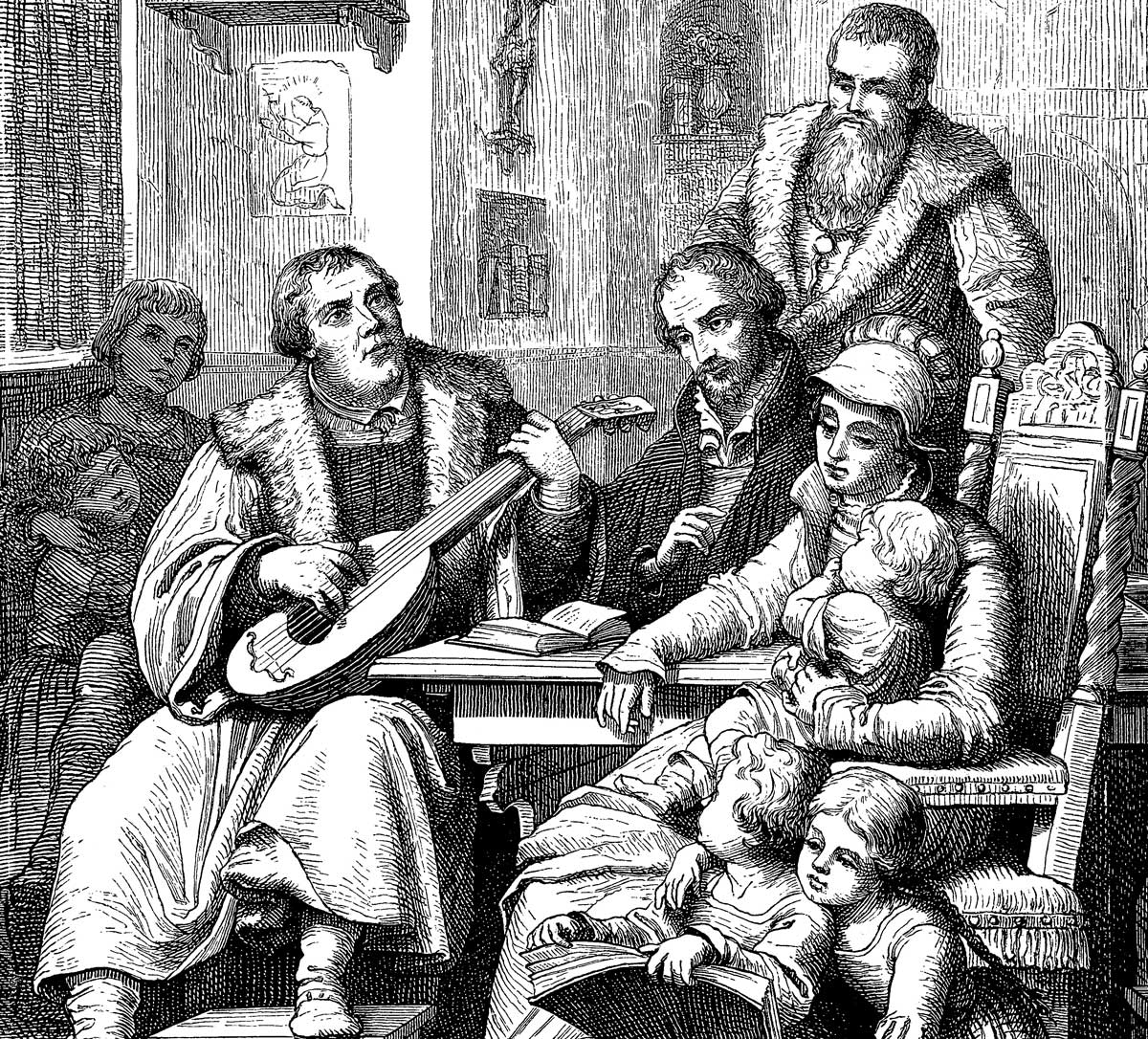 In 1524, two influential Protestant hymnals were published in Germany. The first, edited by Luther and fellow Lutheran pastor Paul Speratus and published in Wittenberg, was a 12-page booklet with only eight hymns. The second larger and more influential volume, the Erfurt Enchiridion, contained 26 hymns, 18 of them by Luther. One of the most enduring of these, the Advent hymn "Nun komm, der Heiden Heiland," evidences Luther's genius of reforming rather than disposing of the liturgical tradition of the Church. If you've s . . .

why do the heathen rage?

THIS IS YOUR MISSION

Touchstone is Christian literacy for the fierce and the joyous. If you are not yet a Touchstone donor, join us in rebuilding the ranks of Christian fluency. And if you are already a donor, would you consider stepping up to the next level?