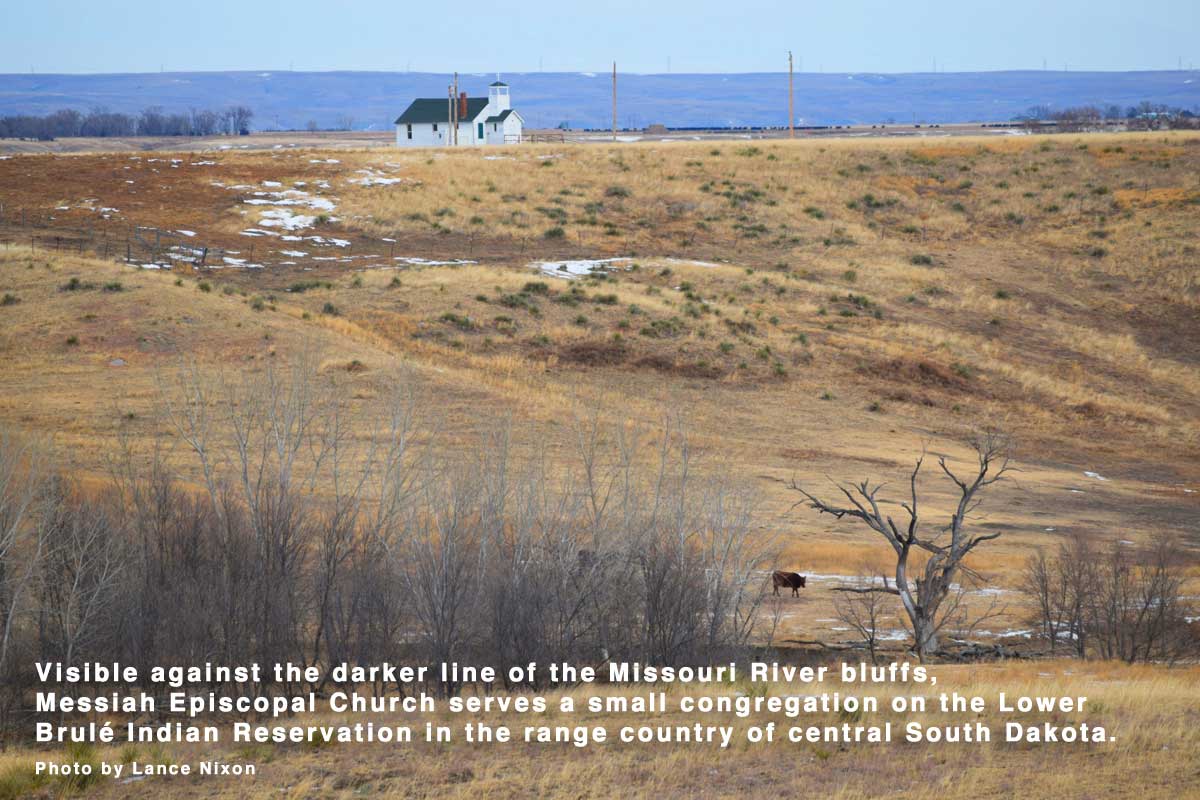 Icons of the Land by Lance Nixon

Icons of the Land

The wind roared through at about 100 miles per hour that night in June 2015. In the Missouri River country of central South Dakota, it punched in the sides of grain bins as though they were pop cans and dragged power lines and poles into fields like a cat playing with knitting needles and yarn. It knocked boards off houses and churches and barns. So, a few days later, while visiting the grave of a Brulé Lakota leader named Iron Nation—one of the "peace chiefs" you will never read about in history books because they didn't make war on the U.S.—I looked up and saw two older parishioners, a man and his wife, using an electric drill to fasten boards back onto the exterior of Messiah Episcopal Church.

I could hear their drilling across the cemetery. I went to visit with them. The woman was Lakota, or western Sioux. She told me she was raised in that congregation. Her husband was raised Lutheran but became Episcopalian after their marriage. Before long, the woman was telling me how that rural church had nourished their family in more ways than one—their five children had teethed on the boards of the pews at one time or another. No wonder the family had grieved when Messiah Episcopal closed in 1981, not quite a century after it had begun. The Episcopal faith had come to the Lower Brulé Sioux in 1871; Messiah Episcopal Church dated back to 1884.

Lance Nixon is a freelance writer based in Pierre, South Dakota, where he attends virtual services of New Life Assembly of God Church and also visits Trinity Episcopal Church virtually. He is also a fiction writer, and his latest stories about the Great Plains appeared in the November 2020 and November 2019 issues of Gray's Sporting Journal.