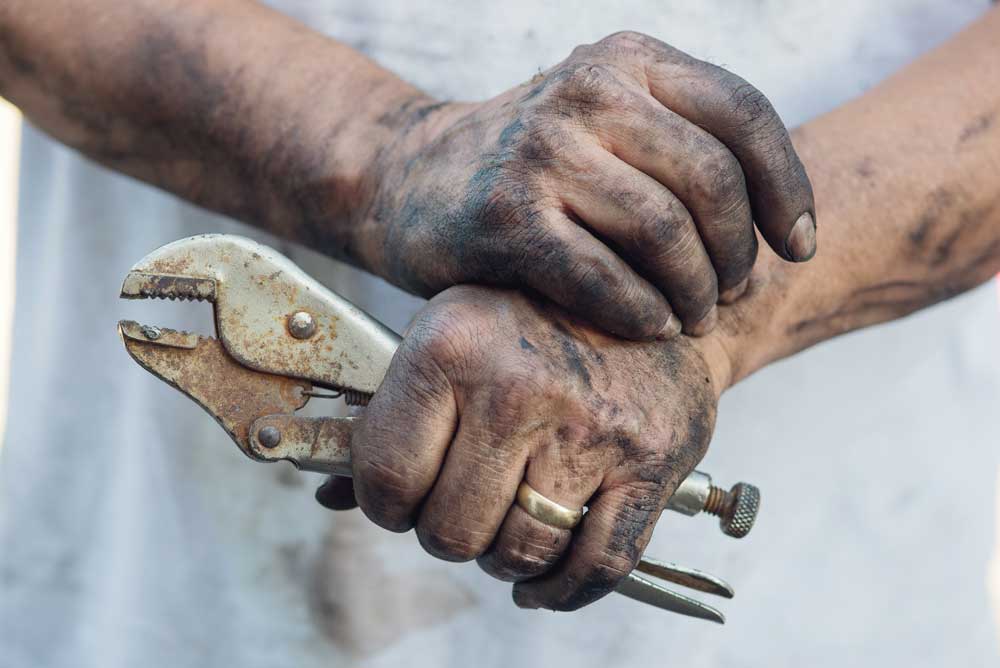 Consumer Man versus Working Man: Thoughts on the Value of Work by Hunter Baker

I have been a lifelong science fiction enthusiast. Through decades of reading the stories in novels and comics, I have noticed that the vision of winning the battle over work has always been on the horizon. For instance, in one of my father's old Superman comics, the iconic hero travels to the future, where he sees men and women drinking cocktails served by robots while automatic tractors till the fields. Universal basic incomes provided by technocratic governments to free human beings from drudgery have long been part of the furniture of life in sci-fi worlds.

While we speculate about universal basic incomes and the impact they would have on society (a discussion that is heating up among social scientists and policy wonks), we may not realize that something like it is actually happening under our noses. Reports have been piling up in the news about the missing men in the American workforce. Historically, it has been the norm for overwhelming numbers of American men to be employed throughout their working-age lives. But in 2013 National Public Radio reported that the official unemployment rate at the time—4.9 percent—masked a disturbing phenomenon among American men of prime working age. As many as ten million of them had dropped out of the workforce. They were neither working nor attempting to find work. As a result, they were not counted in the employment statistics. They were managing by living with their parents or with a spouse or girlfriend and were seemingly satisfied to spend much of their time playing video games or streaming television shows and movies. The NPR report also noted that most of these men were not using their time away from jobs to be primary caregivers for their families. Only five percent of these missing workers were filling that critical domestic role.

A separate, but surely related, fact is that the number of disability payment recipients has continued to grow. Again from NPR, we have a report that the federal government now spends more on disability payments than it does on food stamps and welfare combined. Look at the billboards out on the highways. There appears to be a big business for attorneys who promise clients they can get them on the disability rolls.

None of this is to say that there aren't some former workers who have become permanently injured or disabled from working, but it does seem that the disability category is the frontier of the universal basic income. If you can't get a middle-class income out of a high-school education, there is a reasonable chance you'll end up on disability.

[D]isability has . . . become a de facto welfare program for people without a lot of education or job skills. But it wasn't supposed to serve this purpose; it's not a retraining program designed to get people back onto their feet. Once people go onto disability, they almost never go back to work. Fewer than 1 percent of those who were on the federal program for disabled workers at the beginning of 2011 have returned to the workforce since then.

Based on the way I began this essay, the reader might think I am going to make a case against individuals who passively absorb government benefits and add to the tax and debt burdens of the employed. But that judgment would be premature. I do not think that unemployed people who survive via family members, friends, and/or government benefits are simply advantage-takers cheating the rest of us out of our money. No, I think they are the ones losing out. They occupy a bad position in society, and many are in a bad way spiritually. It may be tempting to think of them as taking advantage of those who wake up every morning and head off to work, but the truth is that they tend to live a marginal existence.

The reality is that a life without work is not a good life. I mentioned science-fiction portrayals of life with income and without work. While some writers indeed present that state of affairs as a great social advance to be hoped for, others see it as something profoundly negative. I think of Nancy Kress's Beggars in Spain series, in which she envisions a future inhabited by "Livers" and "Mules." At first it appears that the Livers (people who just live) are the winners. They don't have to do anything and are taken care of by the hard-working Mules. But the secret is that the Mules, though presented as carrying the burdens of society, are actually the ones who benefit most. They are smart, industrious, and productive. Because they have something to contribute to community life, they are indispensable. And they do not want to be Livers. They fight to remain relevant to the community as people who make a contribution.