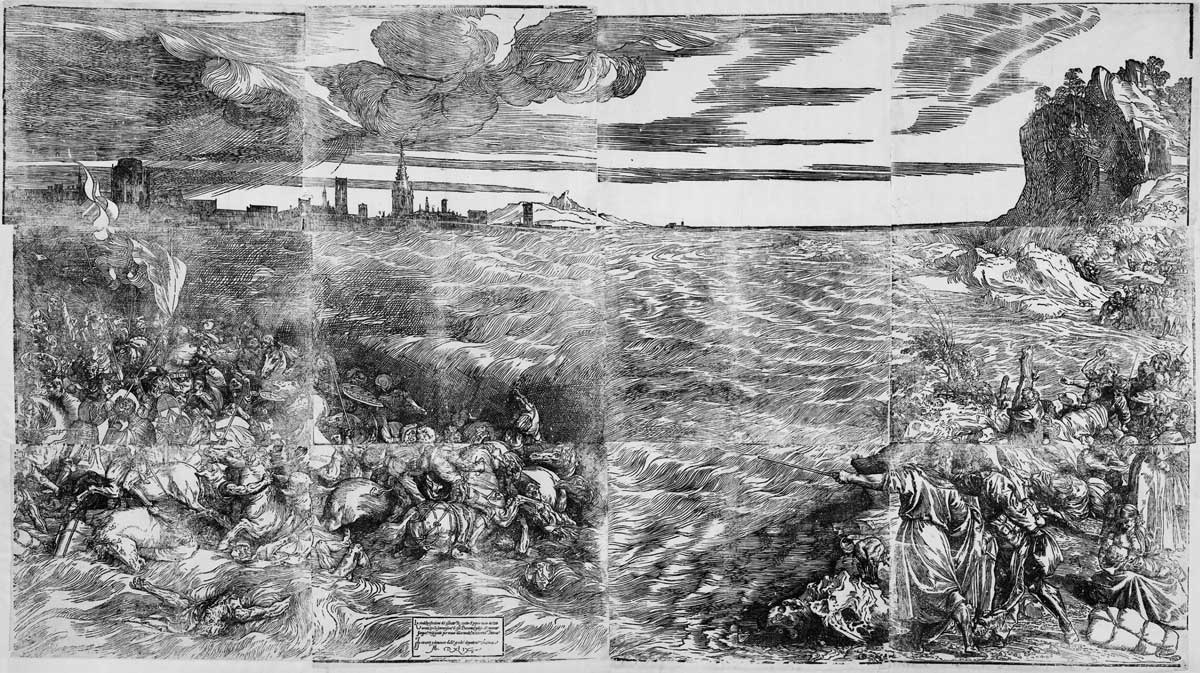 When we think of Titian, we conjure up images of lushly painted jewel tones and golden Venetian light, and not of stark black and white. Yet he was a surprising master of the graphic arts, too, especially of the woodcut medium, as is evidenced by The Submersion of Pharaoh's Army in the Red Sea. This woodcut measures four feet by just over seven feet and is printed from twelve separate blocks. The artist must have drawn directly on the blocks with a broa . . .