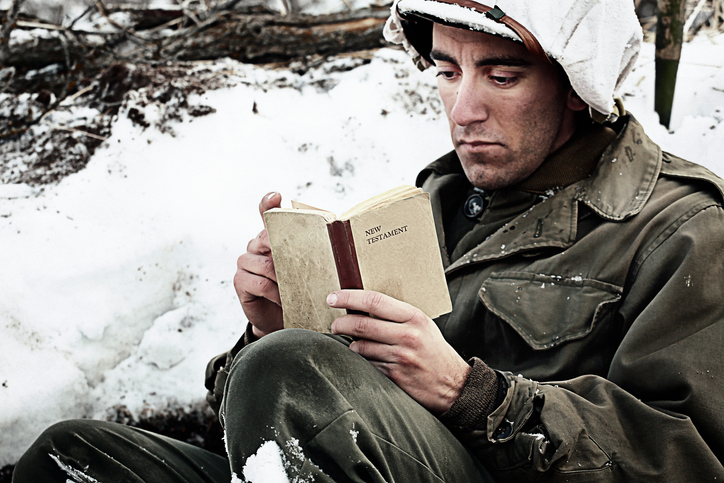 Soldiers of Christ & the Mixed Messages They Receive
by Leon J. Podles

The lack of men in the Western churches has been postulated or documented since the Middle Ages. Scholars, almost all male, tend to accept this as self-evident: of course men are irreligious; women are religious. But the Western Christian condition is anomalous. Eastern Christianity seems to be somewhat different in this regard, and Orthodox Judaism and Islam are completely different. Only Reformed and Conservative Judaism, which deliberately imitated Protestant patterns, have largely female congregations.

Roots of the Problem

One root of the Western problem is a mistake in philosophy, based in turn on an error in physiology: Aristotle taught falsely that the male was the only active agent in reproduction and that the female was purely passive and receptive, and that the pattern denoted by this was reflected in their respective personalities. Medieval theologians idealized the passive, receptive, obedient female as most apt for Christianity, and both liberal and conservative theologians of the modern era, from Schleiermacher to Barth to Hans Urs von Balthasar, have concurred in telling men they must become like women in order to be Christian. The idea that men must become spiritual "brides of Christ," in accordance with the theology of bridal mysticism, has permeated both Catholicism and Protestantism, and is reflected in Christian music from Bach to Jesus-is-my-boyfriend pop songs.

But in fact, the role of the male in reproduction is transitory and, after conception, peripheral to that of the female. Moreover, male identity is uncertain, and one of the strongest impulses in males is to die to their female-dependent boyhood and be reborn into manhood by establishing themselves in their own eyes and in the eyes of other men as masculine, as truly men. They don't want to become "brides of Christ." Therefore, men keep Christianity at a distance, perhaps admitting its usefulness for women and children, but feeling it as an obstacle to attaining masculinity.

Another root of the male dislike of Christianity lies within the civilizing mission of the clergy in post-medieval European society. Medieval society was violent: the homicide rate in Europe has declined 90 percent since the Middles Ages. Gang rape was also common: in some medieval French cities, half the men participated in it as a rite of passage. Such crime has also declined enormously. For one thing, the state began punishing criminals, and the clergy also tried to control the rampant sexual and violent impulses of young males.

But in their efforts to do so, clergy in the Reformation era and beyond, both Protestant and Catholic, began to oppose anything that might excite young men: not only fighting but also sports, hunting, fireworks, fiestas, and, above all, dancing, which was almost universally condemned. As a result, young men came to regard the Christian clergy as wet blankets.

My publisher titled my first book The Church Impotent: The Feminization of Christianity. I didn't especially like that title at the time, but it turned out to be more appropriate than I realized. Both a Swiss and an American Catholic study conducted in the 1990s came to the same conclusion: that the presence of a practicing father was necessary to pass on the faith to the children, boys and girls alike. A believing father is not a guarantee that the children will keep their faith, but without him they will almost certainly grow up to be non-practicing.

Male alienation from Christianity has been an engine of secularization for centuries. Religion was relegated to the private, domestic, feminine sphere, a sphere that even women are now abandoning. In recent decades, women have begun to follow men out of the church. As they enter traditionally male areas of society, they also tend to adopt male attitudes, and one of those attitudes is that religion is not important.

Leon J. Podles holds a Ph.D. in English from the University of Virginia and has worked as a teacher and a federal investigator. He is the author of The Church Impotent: The Feminization of Christianity and the forthcoming License to Sin (both from Spence Publishing). His latest book is Losing the Good Portion: Why Men are Alienated from Christianity (St. Augustine’s Press). Dr. Podles and his wife have six children and live in Naples, Florida. He is a senior editor of Touchstone.

more on 2016 Conference from the online archives

Order Touchstone subscriptions in bulk and save $10 per sub! Each subscription includes 6 issues of Touchstone plus full online access to touchstonemag.comâ€”including archives, videos, and pdf downloads of recent issues for only $29.95 each! Great for churches or study groups.