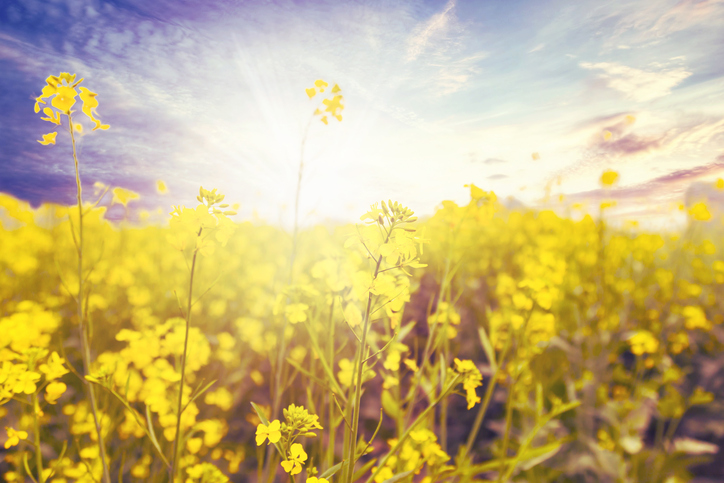 The Mustard Seed & the Wonders of His Kingdom by Anthony Esolen

To be a Christian, I have come to see, is not to believe that all of the creatures of this far-flung universe—from the flame of a billion stars in the Andromeda galaxy to the glimmer of a firefly, hardly seen before it vanishes in the twilight—can be united in Christ. It is to believe that only in Christ can they be united, because only in Christ are the infinite and the infinitesimal, the Creator and the creature, the necessary and the contingent, the eternal and the ephemeral, bound together in a single person, the person of Christ.

That is what the wise Chesterton was getting at in a little poem with an immense title, "The Holy of Holies." The title is rather like one end of a riddle. When we see it, we expect a poem about that inner sanctum of the Jewish Temple, where the high priest would enter once a year, on the Day of Atonement, to make sacrifice for all the people, and to utter, just that once and on his lips alone, the holy name of God, I AM. Such a poem almost writes itself. We can see the stains of blood, so plentiful, over so many hundreds of years, that the stones themselves cry out with the animals slain thereon; and we can hear the voice of the priest, trembling with fear, as he whispers that name with nary a genuine consonant in it, a name like the breath of God stirring above the waters in the beginning.

Yet if we think about it some more, perhaps a Christian poet would not direct our attention to the edifice and its secret chamber. Jesus said, when his apostles were playing the role of tourist guides and marveling at the grandeur of Jerusalem, that not one stone of that Temple would remain upon a stone. They must have heard it with sinking hearts, for surely it is one of the sweetest things in friendship to enjoy together the sight of what is grand and holy and beloved of one's people. They did not know then that Jesus himself would be their one and only high priest, penetrating beyond the veil, as the writer to the Hebrews puts it, or rather, allowing the veil of his flesh to be torn in two, making a sacrifice of his own blood to atone for the sins of men once and for all. "Tear this temple down," he says, "and I will raise it again in three days."

The Infinite in the Tiny

Perhaps, then, Chesterton is going to give us a poem about the high priesthood of Christ. I think he does, but not as we expect. There is no reference to the Temple at all, and no direct reference to Christ. Yet Christ is there, the one through whom all things were made, and who spoke the parable about the kingdom of God that is the inspiration for the poem. Here is the poem in all of its minuscule immensity:

'Elder father, though thine eyes
Shine with hoary mysteries,
Canst thou tell what in the heart
Of a cowslip blossom lies?

'Smaller than all lives that be,
Secret as the deepest sea,
Stands a little house of seeds,
Like an elfin's granary.

'Speller of the stones and weeds,
Skilled in Nature's crafts and creeds,
Tell me what is in the heart
Of the smallest of the seeds.'

'God Almighty, and with Him
Cherubim and Seraphim,
Filling all eternity—
Adonai Elohim.'

Our God is not big, like Mister Zeus, perched upon his throne on Mount Olympus, and bending his attentive brows to behold the deeds of men, making sure that they are just, unless he happens to be distracted by his nagging wife Hera or by an especially lissome shepherdess momentarily alone and vulnerable in the fields. Such bigness is trivial, even contemptible. Our God is the immortal, invisible, God only wise: and he would not be the infinite God were he not infinitely present within each of the tiniest things he has made. The smallest of all the seeds is as great as all the universe, because God dwells within it, and not a piece of him, either; all of the heavenly hosts are there, singing and praising him forever.