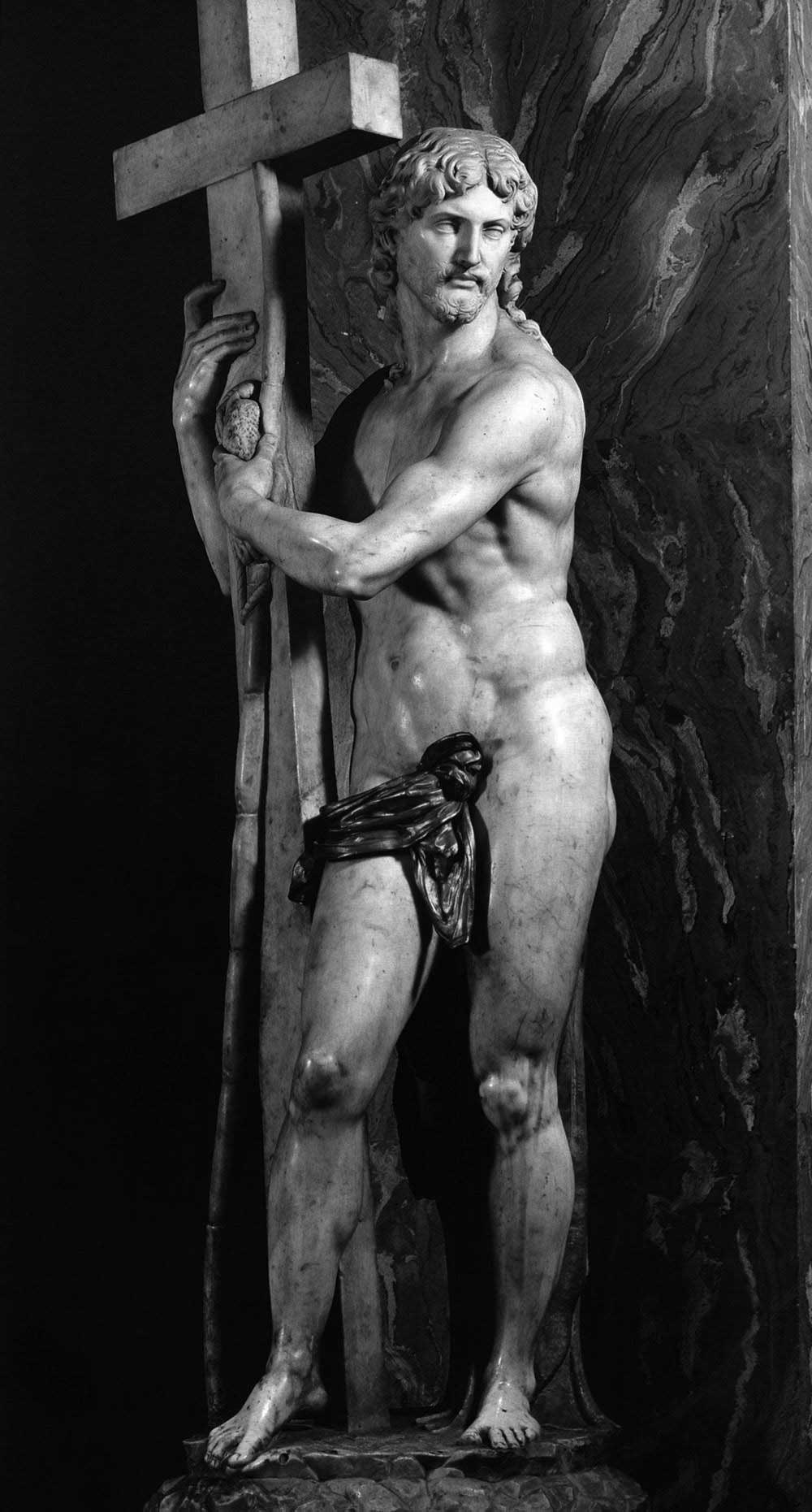 The Risen Christ by Michelangelo Buonarotti

Perhaps the least known of Michelangelo's sculptures, the Risen Christ has had a checkered history. Metello Vari, a well-to-do Roman, in 1514 commissioned a nude standing Christ holding the cross (pretty daring for the Dominican home church at the time). Michelangelo started carving it in 1515 but discovered every sculptor's nightmare, a disfiguring flaw concealed within the block, a vein of black that would have run directly through Christ's face. The first version had to be abandoned, but a contract is a contrac . . .