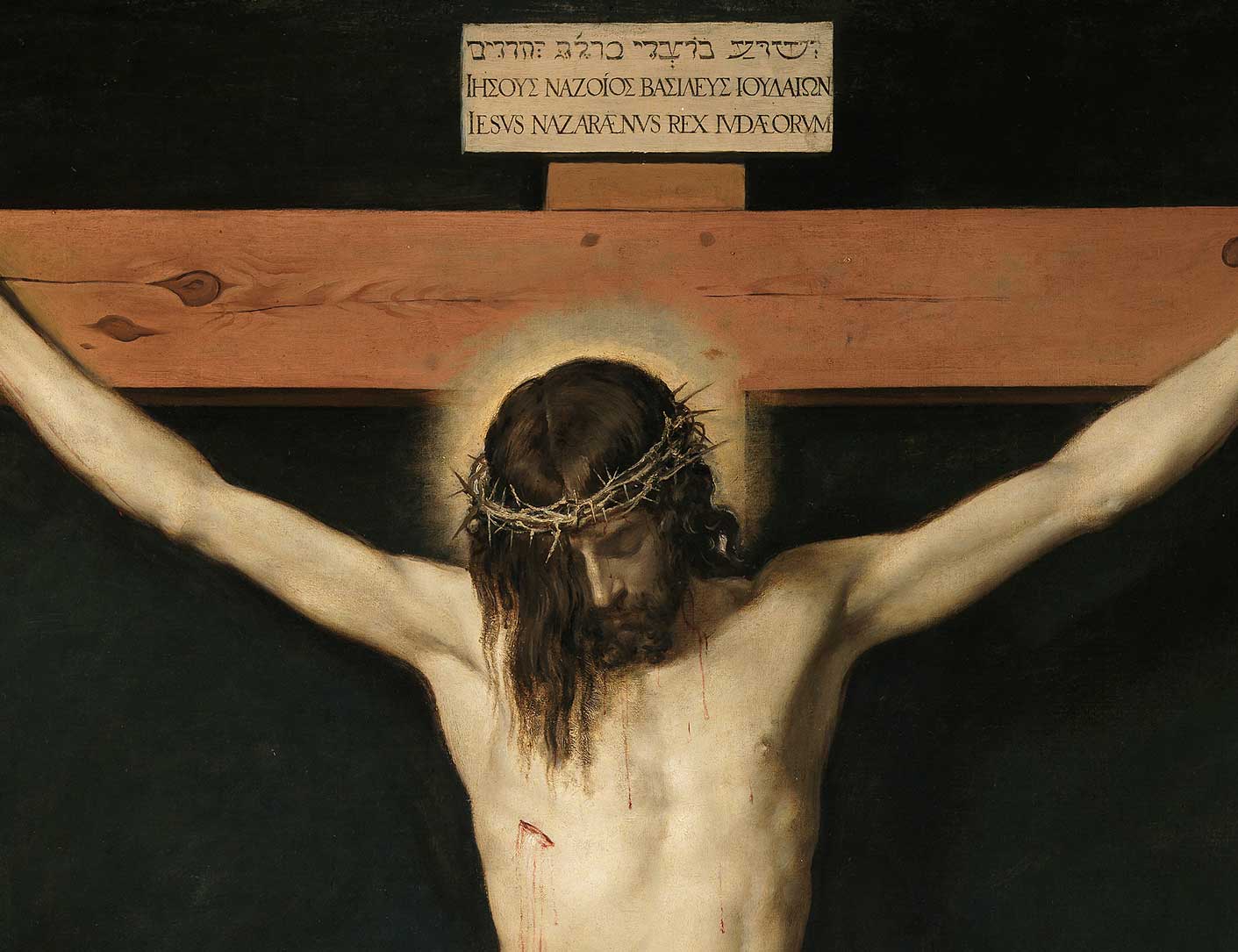 Michael S. Luckey on How a Presbyterian Pastor Rediscovered the Passion

In my office hangs a large picture of the crucified Christ by the seventeenth-century Spanish artist Diego Velázquez. The picture shows a pale Christ held to a cross by four nails. He wears a crown of thorns on his head and a cloth around his waist. Blood runs from his hands, feet, and side.

For most of my twenty-five years of pastoral ministry I would not have displayed any representation of the crucified Christ. I emphasized the empty cross, the empty tomb, and the living Christ. I delighted in telling the story of a friend of mine who is a mission worker in Mexico. He and his mission team labored under the hot sun one summer, building a house for a Mexican woman and her four children. On the final day, as the house neared completion, the woman told her oldest son to go get the crucifix hanging on a wall in their old home. She also told him to bring a pair of pliers. Then, in front of the mission team, she used the pliers to pull the corpus from the cross, as she said with much emotion in her voice, "Aqui no hay Cristo muerto." ("Here there is no dead Christ.")

But in a curious reversal of the Mexican woman's testimony, I find myself taking the pliers, so to speak, and reattaching the corpus to the cross. I have come to see that knowing Jesus as the crucified Savior and as the risen Lord does not have to be an either/or proposition; it can and should be a both/and reality. To fix one's eyes on Jesus means beholding him as the Messianic man of sorrows (vir dolorum) and as the risen, victorious Lord (Christus Victor). In this vein the Apostle Paul said, "I want to know Christ and the power of his resurrection and the fellowship of sharing in his sufferings, becoming like him in his death, and so, somehow, to attain to the resurrection from the dead" (Phil. 3:10–11). Paul references Christ's sufferings and resurrection victory in the same breath.

The personal catalyst for knowing Christ more intimately through his Passion was last year's Lenten journey. My usual practice during Holy Week was to preach one sermon on the crucifixion, but last year I decided to try something different: from Ash Wednesday through Holy Week, I would focus exclusively on the cross of Christ and the suffering he endured there for sinners. I preached six Lenten sermons on different aspects of the cross of Christ. I announced to the congregation that our theme for Lent would be Paul's declaration in 1 Corinthians 2:2: "For I resolved to know nothing while I was with you except Jesus Christ and him crucified."

While preparing my sermons, I was surprised by the amount of devotional literature, both Catholic and Protestant, pertaining to the Passion. In the past, I paid little attention to Catholic writings on the Passion; I spurned resources that were non-Reformed.

I knew that Roman Catholics were people of the crucifix and that they placed much emphasis on the suffering of Christ. And I was nominally familiar with a few devotional aids in the Catholic tradition, such as the Stations of the Cross and the medieval prayer to Jesus known as the Anima Christi. I decided to read the Anima Christi slowly and deliberately. Then I reread it, even praying it. I continued the prayer, asking Christ to strengthen me by his passion and to hide me within his wounds.

Another discovery was a medieval Passion poem with Christ as its speaker. The words took deep root within me:

Man and woman, look on me
How much I suffered for you, see!
Look on my back, laid bare with whips:
Look on my side, from which blood drips.
My feet and hands are nailed upon the Rood;
From pricking thorns my temples run with blood.
From side to side, from head to foot,
Turn and turn my body about,
You there shall find, all over, blood.
Five wounds I suffered for you: see!
So turn your heart, your heart, to me.

As I turned my heart anew to Jesus, I began to read Fulton Sheen's Life of Christ. One of his insights was the assertion that Christ's life was the only life ever lived backward. Every other person who ever came into this world did so to live, said Sheen, but Christ came into it to die. "It was not so much that his birth cast a shadow on his life and thus led to his death; it was rather that the Cross was first, and cast its shadow back to his birth."

Michael S. Luckey is a Presbyterian minister and Alamo history buff from Texarkana, Texas. Married with two children, he holds a D.Min. from Beeson Divinity School.

more on ministry from the online archives