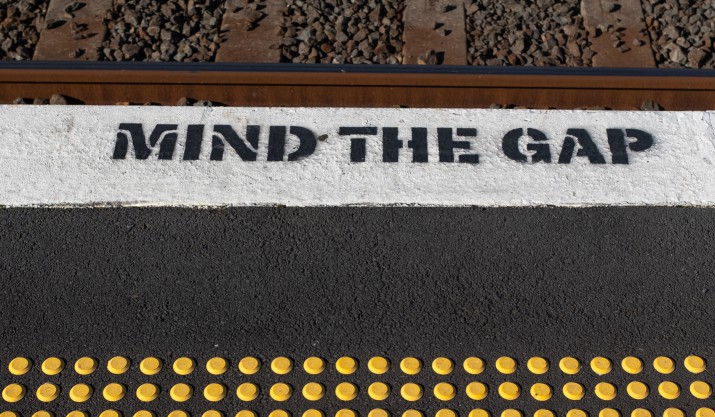 I live in Jackson, Tennessee. Our town of about 100,000 people sits between Memphis and Nashville. One of the outstanding features of Jackson is that it features an unusually large amount of Christian and other private schooling. Three public-school-sized parochial (or semi-parochial in one case) entities occupy positions on the north side of town. Another smaller one with a Great Books emphasis (the paradoxically new thing in Evangelical Christian education) is the proud owner of a smaller building outgrown by one of the three flagships. It also happens that the public schools of Jackson only recently gained their independence from federal supervision dating back to the racial tensions of segregation and desegregation.

Many view Christian schools with suspicion because a significant number of them began operation in the period when the United States was grappling most earnestly with desegregating American school systems in the hopes of vindicating our fundamental belief in equal opportunity. Statistics buttress this suspicion. From 1961 to 1971, enrollment in non-Catholic private schools doubled. The natural inference is that enthusiasm for Christian schooling was little more than a cover for racism. Some even referred to emerging Christian schools as "new segregation academies."

My argument is that while we observe clear covariation between desegregation and the rise of non-Catholic private schooling, other factors are available to explain at least part of the rise. My further contention is that even if we can vitiate the racial concern to some degree, there is a continuing moral and spiritual burden, which remains to be adequately addressed.

I met with a professor in my university's school of education to discuss the issue. Ben Phillips has a unique pedigree in that he previously served as a principal of a large and racially balanced public school in the Memphis area and then later in the same capacity at a largely white Christian school here in Jackson. I asked him about the inference of racism. He conceded that the inference is a natural one, but disputed the assumption that parents necessarily fled the public schools for invidious reasons. While admitting throughout our conversation that race was then and possibly is now one of many potential motivators, he said, "It is important to remember that school desegregation and busing efforts represented an unprecedented and large disruption and intrusion upon established routines for parents, families, and schools." Even though the end goals of desegregation were honorable and necessary, one might not be surprised to find members of local communities scrambling to avoid government moves they found unpredictable and burdensome for children as well as for adults.

Another important feature of the question at hand is the cultural change that was occurring at the time. The 1960s and 1970s were a period when issues of religion and worldview became much more salient in public education.

Perhaps the single most emblematic illustration of cultural change was the Supreme Court's 1962 decision in Engel v. Vitale to end officially sanctioned prayer in public schools. The Court closely followed that case with its 1963 decision in Abington v. Schempp to block official Bible readings. Taken together, the two cases represented a firm disestablishment of Christianity (especially Protestant Christianity) from the public school system. Even today, the public claim that secular liberals "threw God out of the schools" draws forth an appreciative response from many Americans.

In addition, sex education in the schools became a major controversy. Large numbers of parents viewed the incorporation of sex-ed in the curriculum as a replacement for the teaching of parents and churches. The reaction of parents to protest and/or flee sex education is often pilloried as a form of repressive hysteria, but they may have been justified. As Thomas Sowell has pointed out in The Vision of the Anointed, the percentage of girls who had "engaged in sex was higher at every age from 15–19 by 1976 than it had been just five years earlier." Sowell also noted that "the rate of teenage gonorrhea tripled between 1956 and 1975." One might add explosions in both the abortion rate and teen pregnancy during the relevant period to the roll call. The issue has staying power. Many parents (especially Christian ones) wish to preserve the more traditional view of sexuality and resent the idea that a taxpayer-funded representative of the state might teach their child differently.

Changes such as these added to the smoldering resentment over the teaching of evolution, which picked up more steam in the late 1950s as some argued that the Soviet success with Sputnik meant that American science education was unsatisfactory. A lack of teaching on evolution was one of the exhibits to which reformers pointed, and it led to renewed efforts to push states to be more vigorous in their coverage of the topic in schools. That issue continues to be litigated in courts (e.g., Kitzmiller v. Dover Area School District, 2005), with both sides attaching huge symbolic importance to the outcome. This is easy to understand since many atheists begin their testimonies of unbelief with vignettes centered on hearing about the theory of evolution for the first time.

These cultural developments—apart from the civil rights movement—helped push many Christian parents to choose private education, just as the heavy Protestant influence in public schools in years prior had helped drive the explosive growth of Catholic schooling. Catholics had resisted the broadly Protestant establishment in the public schools by setting up their own schools. Now conservative Protestants were doing the same thing, as they found that their own welcome had become worn. If they wanted an education for their children that would reinforce their beliefs, they would need to start new schools. And they did so. The movement has picked up steam as Christians have added whole new layers of classical schools and homeschooling.