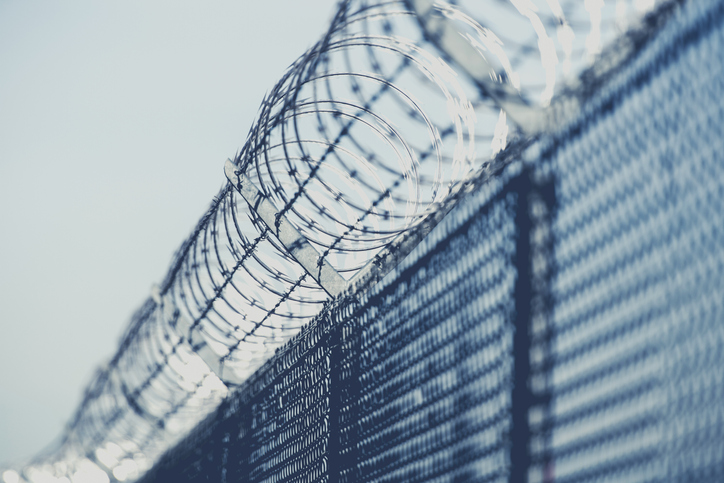 Without Conversion We Labor in Vain

The Economist devoted its usual back-page obituary on April 28, 2012, to Chuck Colson. It seemed to come from a secularist mindset that Colson knew all too well.

It begins by noting that those who knew Colson "said he never changed much, to look at, from the age of 18 to the age of 80." That ends up, for The Economist, being the key to understanding Colson.

We're told about a crude frat-house challenge Colson made up for new members, his bulldog determination to get into the Marines and to fight in Korea, and his thuggish ways in Boston politics. We are reminded of Colson's mistreatment of political opponents in his service to Richard Nixon beginning in 1969 ("he was soon in charge of dirty tricks"), and his "dog-eat-dog" mentality in the White House.

Requiem for a Nixon Man

The Redemption of Charles Colson's Loyalty
by Russell D. Moore

An Appreciation
by James M. Kushiner

What drove Colson? It was "the fulfillment of his life" to be the president's point man, his hatchet man. "'The president wants to see you, Mr. Colson,' were words that set his spine tingling." By the 1972 election, Colson "planned total war against all that was leftist, peacenik, spineless, and immoral."

But then came Watergate, followed by his conversion to Christianity. The Economist notes that "Colson transferred his unstoppable, driving energies to another boss." When Colson's friend Tom Phillips read to him C. S. Lewis's words on the "spiritual cancer" of pride, "the old tingling started in Mr. Colson's spine." Later that evening came "floods of repentant tears." (The old tingling?)

Enemies suspected another Colson dirty trick to gain some advantage. "It took him three decades to convince the world that his conversion was sincere." A brief, straightforward account of Colson's successes with Prison Fellowship follows. It seems there's no denying the facts, including a big decrease in recidivism rates among those who took part in Prison Fellowship programs, which were run on "Christian principles."

Yet, for The Economist, Colson didn't really change all that much. For, you have to understand, just as Colson's physical appearance between 18 and 80 didn't changed much, so now, as a Christian, "many of his enemies were still the same. Immorality, secularism, pro-abortionism, lack of patriotism: all had to be battled." Colson had enlisted his Centurions to "change the culture," and he also founded a center to help a Christian worldview "take hold." The hatchet man was wearing a different uniform:

Behind the prayer language was still the boy whose pride had nearly burst his new suit as he gave his high school valedictory speech; and the low-class non-Brahmin Bostonian who, in his vast ceilinged office beside Nixon's had burned to destroy all non-believers in their cause and to make America great and good again. From Tricky Dicky to Jesus Christ was not, perhaps, as huge a change as everyone thought.

There is one problem with this snarky reduction, and it is the same one that traditionally minded Christians face repeatedly. That is the confusion between an opposition to ideas or positions and an opposition to people. Colson under Nixon had a hit list with names. Colson under Christ had no such hit list. He opposed sin and all the works of the devil, to be sure, whether inside or outside the Church, but not people.

And Colson was a spiritually changed man, something that secularists cannot understand, let alone explain, except in secular and merely psychological terms. In his sermon at the memorial service for Colson, held at Washington National Cathedral on May 16, Dean Timothy George of Beeson Divinity School shared an enlightening tribute to Colson from Lanny Davis, who held the same position—Special Counsel—in President Clinton's White House that Colson held under Nixon:

Mr. Davis described his meeting with Chuck several years ago at a dinner before the National Prayer Breakfast. They greeted one another, and Chuck said to Mr. Davis, "I've wanted for a very long time to say something to you: I am sorry, may God forgive me." "I looked at him, stunned," Mr. Davis wrote. Chuck continued, "You know, I'm the guy who put you on the enemies list—that was wrong, please forgive me." Mr. Davis said, "I looked into his eyes and I felt a strange and deep peace. It was eerie. I also saw a profound goodness and spirituality. My eyes teared up. 'Of course I forgive you, Mr. Colson.'" Mr. Davis then asked for Chuck's forgiveness, as years before he himself had spoken with hatred about Chuck. Immediately, Chuck hugged him.

The Christian gospel is rooted in divine forgiveness and reconciliation. Colson was not the same prideful man he was before Watergate. He retained his former passion, but it was a chastened and transformed zeal. Was it simply psychological?

In this regard, the conversion of the Apostle Paul comes to mind, as described in a liturgical prayer penned by the Serbian monk Nikolai Velimirovich (d. 1956): "When the zealous Saul protected Thee by pursuing Thee with the sword, Thou didst punish his fervor with blindness, and reward it with apostleship." Saul thought he was serving (protecting) God, but he was actually persecuting Jesus. Colson thought he was doing right under Nixon (though not perhaps as a direct service to God), but he had to learn that he had sinned.

At the same time Jesus condemned Saul's actions, he offered forgiveness and a new mission, to begin after baptism and the gift of the Holy Spirit. Colson remained fully engaged in his new life's mission into his eighty-first year. He had always been a loyal man, but now he was loyal to Jesus Christ—and, most crucially, not just to Christ as an idea, a doctrine, or a new worldview, but as a person—and he committed himself to following the example set by Jesus for all who would faithfully serve him.

For we serve Christ not by lording it over others, but in ministry that is humble and speaks the truth in love, as Christ did. This love is not mere sentiment, but must be demonstrated in words and deeds that come from the power of the Holy Spirit. As Colson put it in his 2008 book, The Faith, "Christianity does not seek to impose, it proposes. The Gospel is the great proposal: Come to the wedding feast, one and all—black, white, rich, poor, East, West, Muslim, Jew, Christian—all are welcome, and it's never too late. God turns no man or woman away, not one."

The world does not understand this way of thinking. At a time when we notice dark clouds threatening the liberties of Christians and a rising chorus of accusations of hatred hurled at us because of the moral positions we hold, positions we are not free to abandon, it is important to remember that our struggle is not against flesh and blood, but against the dark principalities that deceive so many.

And so we must continue to work and pray for the conversion of souls, using our reason with a humble and contrite spirit, as well as works of mercy and love that often speak louder than words. Humility, repentance, mercy, and love are not accessible to us in good measure apart from the Holy Spirit.

We must continually be converted, which is a spiritual process that the world denies and cannot understand. Conversion will be relegated to psychological or even evolutionary "factors." We will be misunderstood and accused of dark motivations for power and control. If our fervor is truly in the humble spirit of the Savior, then we will have great cause for joy in following "in his steps." We may even end up on somebody's hit list, but only for righteousness' sake.

—James M. Kushiner, for the editors

Timothy George's sermon can be found at: www.beesondivinity.com/fromthedean/posts/homily.