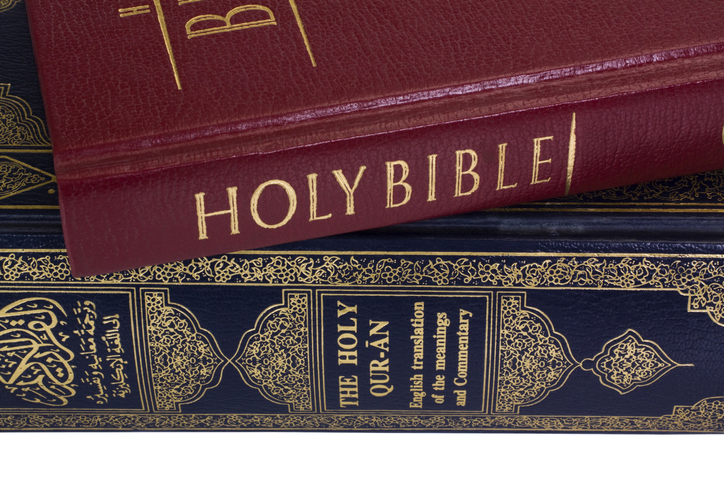 The Word Through Us by Patrick Henry Reardon

The Word Through Us

From early times, Christians have observed March 25, nine months before Christmas, as the day when “the Word was made flesh and dwelt among us.” This is a good occasion to reflect that the dogma of the Incarnation is not just one of the teachings of the Christian Church. The Word’s assumption of our humanity may be described, rather, as the structural principle, a kind of Formal Cause, of the Christian revelation.

It contours the Christian religion in all its elements. Perhaps we may speak of an “Incarnation Principle,” according to which the sundry components of the Christian faith are formally determined.

To illustrate at least one aspect of this Incarnation Principle, it may be useful to contrast the Christian religion with the world’s second largest religion, Islam. I propose to do this with respect to the very notion of Revelation.

According to universal Muslim teaching, Muhammad received the contents of the Koran by direct dictation from the Archangel Gabriel. It is the unmixed word of God, according to this belief; it is in no formal sense the composition of Muhammad.

That is to say, the Koran’s message in no way entered into or came through the creative literary powers of Muhammad himself. He simply wrote from dictation, word for word. In this sense, the Koran remained external to him. Muhammad was not its author. All Muslims agree on this.

This Muslim view of “Revelation” is radically alien to what the Christian religion means by the same word. What is missing in Islam is what I have called the Incarnation Principle. That is to say, we Christians believe that God does not speak to man in a way that remains exterior to him. We do not believe that divine Revelation was simply “dictated.” The biblical God is not a dictator.

On the contrary, according to Christian theology God speaks to man through the inner creative workings of his mind and heart. In that inspiration by which God caused the Holy Scriptures to be written, man himself was a co-worker with God, a synergos. God’s word is likewise, then, the word of some human being who is properly called an “author.”

Thus, we believe that the teaching of the Pentateuch is not simply the word of God, but also the word of Moses. We contend that God spoke to Moses through divine inspiration, a Spirit-breathed process that included the thinking and imaginative powers of . . . Moses. The Incarnation Principle means that God’s word was filtered through—digested by—fermented in—the mind and heart of a human author.

more on Islam from the online archives