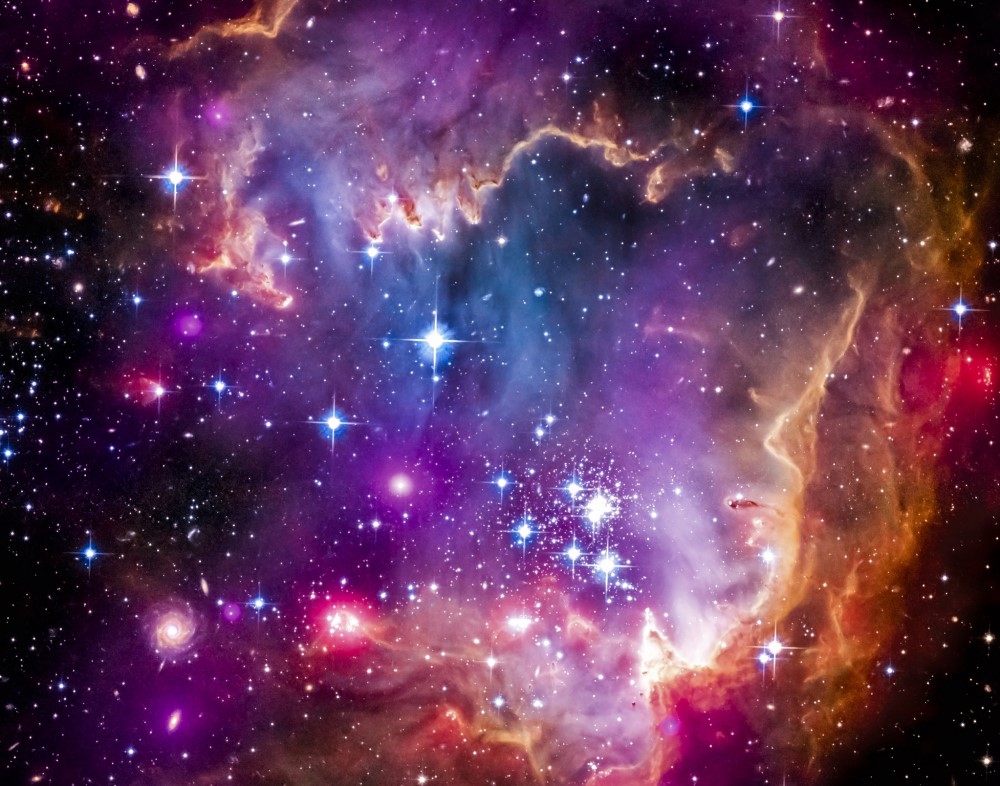 Is <body> <title>The Man for Whom the World was Made by George L. Murphy

The Man for Whom the World was Made

Human beings are always fascinated by questions about origins. Where did the universe come from, and how did we get here? The opening chapters of Genesis have given us some of our favorite religious images. Today’s scientists have new tools with which to explore the universe, and a great deal has been learned about the origins of life and the universe in the past century. But when we contemplate the results of looking billions of years into the past and billions of light years into space, we are still driven to ask questions that men and women asked millennia ago: What is the point of it all? Is there any meaning to this world in which we participate?

Christians have never had any doubt that God has a purpose in creation. We may not be able to understand that purpose, and perhaps “cannot find out what God has done from the beginning to the end.” (Eccl. 3:11) In fact, any attempt to explain why God created the universe runs into the danger of suggesting that God had to create for some reason. No, God creates in freedom. But we are told that God did not create the world a chaos (Is. 45:18), and we are given a vision of the completion of God’s work in the Book of Revelation.

Scientific developments have forced us to discard some ideas about God’s design in creation. Modern astrophysics has shown that births and deaths of stars are still occurring, so that we know that the stars were not all simply set in place in the beginning. The Darwinian theory of evolution argues that life has developed through a process of natural selection, rather than having had all its features displayed when the world was young. It isn’t surprising, then, that some scientists and philosophers have come to doubt that there is any meaning or purpose to the universe. Scientifically, they argue, we can only seek to understand the world as it is, and can’t explain why it is that way.

But recent work in cosmology has led some scientists to wonder if the universe does “just happen” to be as it is. Doubts about the accidental character of the world stem from discoveries that a universe much different from ours would not have allowed the development of the kind of life that we know. The idea of the apparent fitness of the cosmos for our species has found expression in recent years as the “anthropic principle,” and has become a fairly hot topic among scientists. Barrow and Tipler’s The Anthropic Cosmological Principle 1 provides a massive treatment of the subject, to which I would refer the reader for further details on some points I will consider. There are also briefer and less technical surveys available.2

Perhaps the simplest example with which to begin a discussion of the anthropic principle is the basic force of gravitation. There is a gravitational pull between any two pieces of matter in the universe which depends on the masses of the bodies and the distance between them. Two masses of one kilogram separated by a meter attract one another with a force of about fifteen-trillionths of a pound. That seems a quite arbitrary value, and we can easily imagine universes in which gravity would be stronger or weaker. But if gravity were much stronger than it is, the expansion of the universe which is now generally thought to have begun in the Big Bang would quickly have been brought to a halt and the universe would have collapsed long before life could develop. And if gravity were much weaker than we experience, the universe would have thinned out so quickly that no stars or planets would have formed. Again, life as we know it would not have come about.

So tinkering with the strength of gravity would probably have produced a universe in which life with a physical and chemical basis like ours was impossible. Tinkering with other numbers which characterize our universe, such as the strengths of electromagnetic or nuclear forces, would have had a similar effect. It seems as if the universe is just right for humanity.

One can, of course, speculate on the possibilities for life forms which have a fundamentally different physico-chemical basis from ours. But at present we know nothing scientifically about how life might develop in, for example, a cloud of pure hydrogen. We cannot absolutely rule out the possibility of life that is not carbon-based, does not require water, and so forth, but at present we have to leave consideration of such possibilities to science fiction, for we have no scientific evidence even to suggest any probability of such life.

A precise statement of the anthropic principle can take several forms. A weak version is simply the observation that the universe as we know it is compatible with human life. To this extent the anthropic principle is not particularly speculative or controversial. If regarded simply as the statement “we are here,” it may even seem trivially obvious. But it is not trivial, for it is far from obvious a priori that a universe will satisfy the rather stringent physical conditions for life.

But there are stronger, more speculative, and more controversial versions of the anthropic principle which state that in some sense the universe must be compatible with intelligent life, or even that such life must indeed develop. These stronger versions are no longer simply statements about the physical parameters of the universe and of living systems, but are far-reaching claims about two-way relationships between the universe and the life which can exist in it.