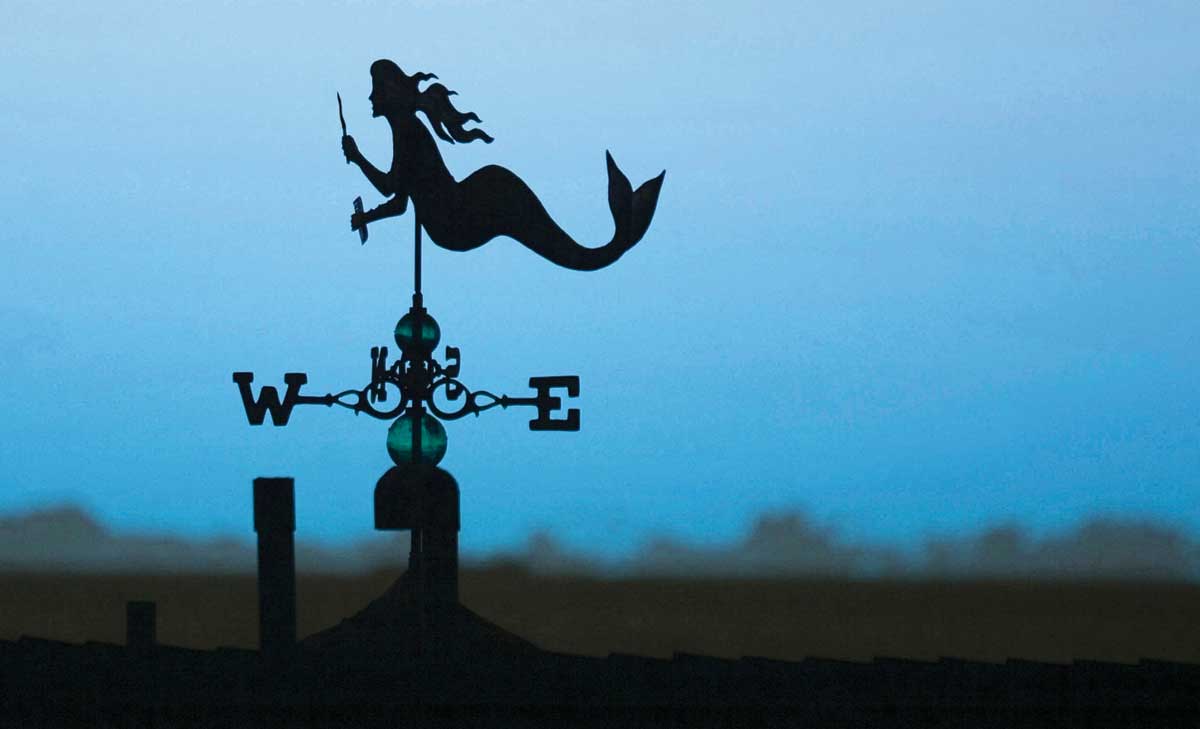 Passing Through the Sirens by David Elliot

Passing Through the Sirens

Serious moralists of the past always warned Christians against three sources of temptation: the world, the flesh, and the devil. Most people can script the flesh and the devil into tempter roles of some kind, but what are we to make of the third category, the world? When we speak of "the world," we usually mean either the planet we live on or everybody living in it. With respect to the first, who could imagine hills or turnips tempting the soul to hell? And regarding the second, does it not seem a bit misanthropic to seat the human race at the devil's right hand?

Clearly, whatever our ancestors meant when they spoke of "the world" in cautionary tones, we have forgotten it. Since we may have done so at our peril, it behooves us to go back to where they started, and look at the view of "the world" they originally got from Scripture.

The Villain of the Piece

The New Testament speaks terrible things about something translated as "the world." Again and again we hear of it as a society of liars and killers, of brainwashed and arrogant men who parrot the gibberish and lurch into the snares set for them by demonic powers. The resulting picture is of a great, roaring machine of idiocy that focuses the Christian's gaze down here, and tempts him to forget his true homeland, the "Jerusalem which is above" (Gal. 4:26).

Thus, when Jesus was tempted in the wilderness, the devil "showed him all the kingdoms of the world in a moment of time," asserting that the world "has been delivered to me, and I give it to whom I will" (Luke 4:5–6). If that does not make us tremble, we should notice that, far from contradicting him, Christ later confirms that the devil is "the ruler of this world" who must be "cast out" (John 12:31). We are also told that the world cannot receive the "Spirit of truth" (John 14:17). This is no surprise, since the devil in the Apocalypse is called "the deceiver of the whole world" (Rev. 12:9).

World-bashing receives its most blunt spokesman in the Apostle James: "Do you not know that friendship with the world is enmity with God? Therefore whoever wishes to be a friend of the world makes himself an enemy of God" (James 4:4). Perhaps most chillingly, the beloved disciple writes: "If anyone loves the world, love for the Father is not in him" (1 John 2:15). This is because "the whole world is in the power of the evil one" (5:19).

If the modern reader does not come away from such passages pale and sweating, one can only conclude that he must be to Scripture as "the ass to the harp." For whatever is meant by "the world" in the Bible, it is plainly one of the main villains of the book, and it is always there, always seducing. It has eerie similarities with Plato's cave in the famous allegory, and with Maya, the goddess of illusion in Hinduism, whose veil, draped over the eyes of men, lulls them into unthinking oblivion.

The dark mood in which the Church-persecuting world is spoken of in the Book of Revelation is perhaps matched only by the horrible whispers about Mordor in The Lord of the Rings. The fact that relatively few theologians, Scripture scholars, or even homilists mention "the world" as a permanent and malignant background to the Christian vocation should be astonishing. But then again, if the scriptural picture of the world is right and they have been hoodwinked by it, this is just what we should expect.

Though the watchmen may sleep, the fact remains that to ignore the constant and damning references to the world is to miss what Scripture thinks the setting of the human story is, and therefore to misread the genre of that story. It would be like reading a ghost story about what happened in a haunted castle while failing to notice that the castle was haunted. We need only note what kind of miracle Jesus performs most frequently in the New Testament to see that we are in a similar fix; the world is indeed a malevolently haunted castle. The New Testament sounds more often like The Exorcist than A Christmas Carol. The bits that sound like Paradiso are the ones that point beyond this world, not to it.

David Elliot is a Ph.D. student in Moral Theology at the University of Notre Dame. He is currently writing his dissertation on "Rethinking Happiness: The Role of Hope in Virtue Ethics." He and his wife Sarah and their four children attend St. Pius X Catholic Church in Granger, Indiana.