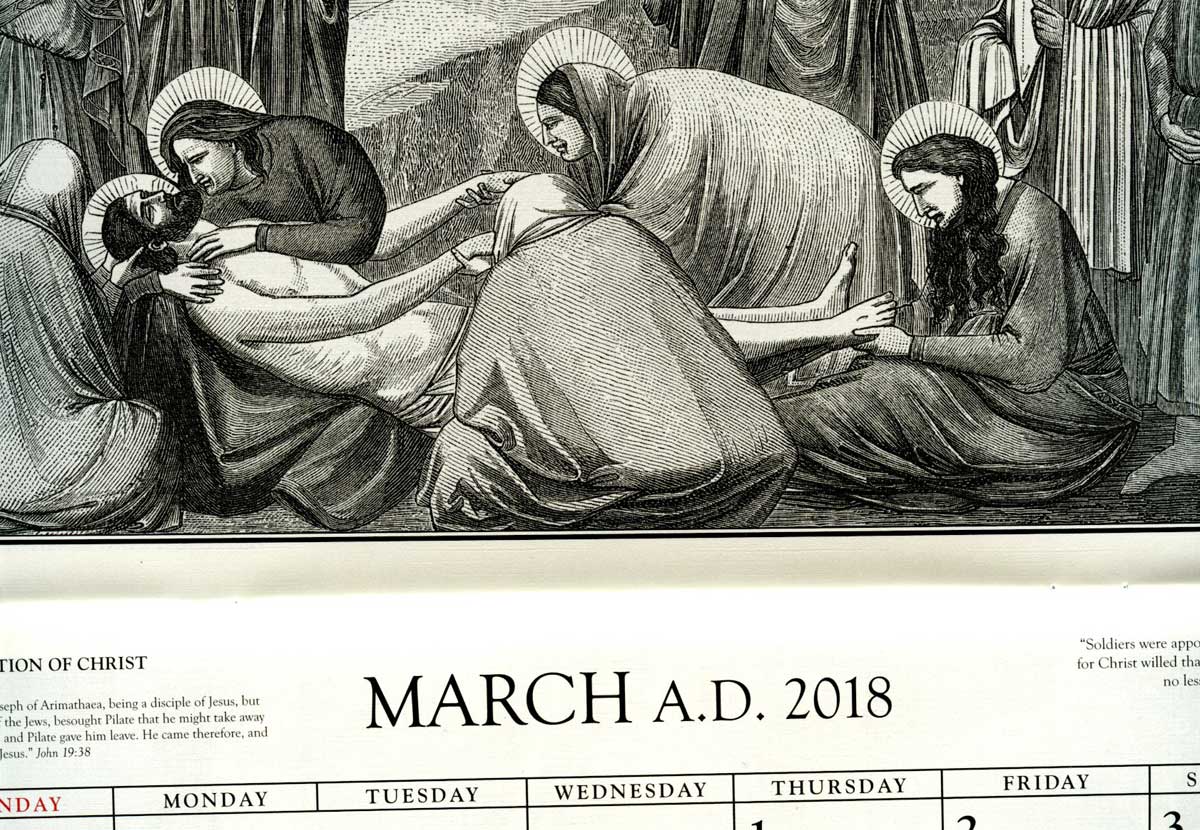 On the Origins of the Primary Feast of the Christian Church by William J. Tighe

For all Christians today who observe a “liturgical year,” the high point of that year is the annual commemoration of Christ’s passion, death, and resurrection at the end of Holy Week. Good Friday recalls to the faithful the Lord’s suffering and death, and in most Christian traditions is a day of ascetical practices, particularly fasting. Holy Saturday commemorates his entombment and descent to hell, and thus is also a day of asceticism. Easter Sunday, by contrast, is the joyous celebration of his resurrection, and of the resurrection of mankind in him.

Despite these discrete “episodes,” however, most Christian churches or denominational traditions have not completely lost track of the ancient sense that what we commemorate in the course of these three days is a process rather than separate events: the Lord’s “passing over” from life through death to new and eternal life, as both a realization and a promise to those who, by faith and baptism, have been incorporated into Christ. How and when the Church came to observe this annual “feast of feasts” has long been a matter of dispute, and in recent decades the areas of disagreement have grown greater—or at least a longstanding scholarly consensus has been strongly challenged.

“Easter” is, of course, an English word, and one lacking the multivalence of the more widespread term “Pascha.” This term, which has different forms in different languages, derives ultimately from the Hebrew Pesach, or “Passover,” and thus can mean both “Easter” specifically and more generally the “triduum” of Good Friday, Holy Saturday, and Easter Sunday.

It appears, based on a variety of historical and astronomical considerations (including the lunar cycles determining the dating of Passover every year) that the Lord’s crucifixion could have occurred only on either Friday, April 7, A.D. 30, or Friday, April 3, A.D. 33. And if the fulfillment of Joel’s prophecy that “the sun shall be turned into darkness and the moon into blood” (Joel 2:31) at Christ’s death, to which St. Peter referred in Acts 2:20, came about (as scholars such as F. F. Bruce have held) through a khamsin dust storm from the Arabian desert both darkening the sun and turning an eclipsed moon visible from Jerusalem blood-red, the date can be further narrowed to A.D. 33. No such lunar eclipse would have been visible from Jerusalem in A.D. 30, but one would have been visible there on April 3, 33.

The Jews, of course, did not follow the Roman solar calendar, but their own lunar calendar, and in that calendar, Passover fell in the month of Nisan (corresponding to our March/April), which was also the first month of the year in their reckoning of religious festivals. From the four Gospels it is not clear whether the Crucifixion fell on the Eve of Passover, as the Gospel of John states (in which case its Jewish date would have been Friday, 14 Nisan), or on Passover Day itself, as the synoptic Gospels appear to witness, (in which case it would have fallen on Friday, 15 Nisan). In the former case, the Last Supper would not have been a Passover meal, while in the latter it would.

Others have argued, on rather slender evidence, that the Lord and his disciples followed the Qumran Essene calendar (the Essenes were a sectarian Jewish group that rejected any connection with the Jerusalem Temple and its priests), in which case they would have celebrated a Passover meal on Tuesday evening, with the Lord’s arrest occurring early on Wednesday morning, followed by a two-day interrogation and trial process culminating with his crucifixion on Friday, 14 Nisan, the Eve of Passover in the “official calendar.”

Passages such as “Christ our Passover has been sacrificed for us” (1 Cor. 5:7) may give further support to the likelihood of a 14 Nisan date for the Crucifixion, and it seems that, with a few exceptions (like Tertullian and St. Cyprian), most early Christians followed or assumed the Johannine chronology.

It is fairly well known that there was a major controversy throughout the Church in the second century about the keeping of Pascha (as we shall call it from here on). It has generally been supposed that this controversy concerned the date on which the celebration should culminate, that is, whether it should be on a Sunday, after, perhaps immediately after, the Jewish Passover, or whether it should be on whatever day of the week might be deemed the Christian equivalent of the Jewish 14 Nisan. It is because of the significance to them of the latter date that its proponents were termed Quartodecimans (“Fourteenthers”).