They say, the age of the civilized dinner party is over. They say, Plato's Symposium was a fiction anyway, that civil discourse is dead, that no one discusses ideas any more, only repeats ideologies. I beg to disagree. Every two months, the latest version of Plato's dialogues arrives in the mailbox, and an intellectual feast unfolds before me. . . . 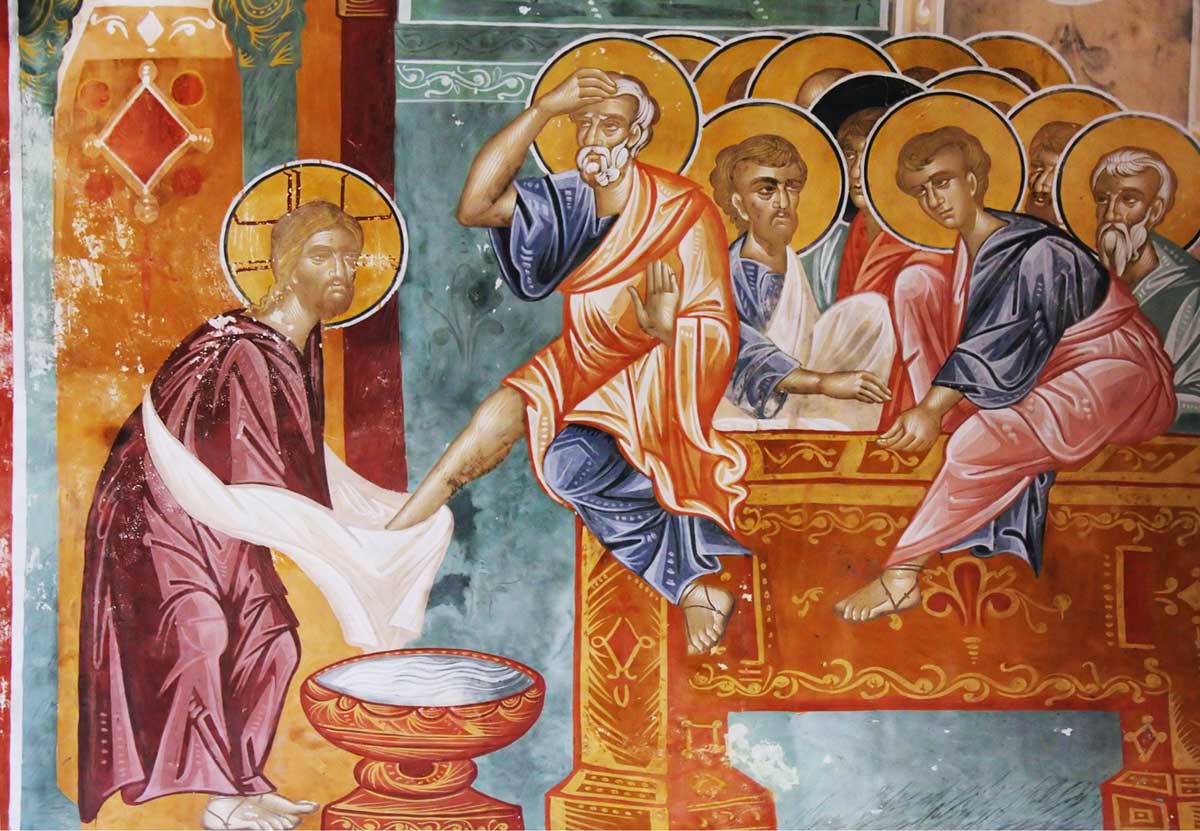 Who Made Thee? by Peter A. Speckhard

Peter A. Speckhard on Telling People Who They Really Are

“Who do you say that I am?” “You are the Christ, the Son of the Living God.” This question and answer is foundational to the Christian Church. Christ is how we know God and Christ is how we know man, and we Christians proclaim both to a world that knows neither. We may neither boast about nor apologize for the task. Our missionaries and evangelists proclaim the true God boldly amid all the idols. Our hospitals, schools, shelters, and charities proclaim true man boldly amid every dehumanizing force.

First and foremost, we must never stop asking his question, not just about our Lord but also about the least of his brethren, and not simply among ourselves but of everyone. Who do you say people are? It is no religious intrusion into the domain of the state to insist that a government of the people, by the people, and for the people should know what a person is. The question is inherently religious. The answer is the foundation for all human rights. A government that disqualifies answers for being religious disqualifies all answers, even self-evident truths, and ceases to defend basic human rights as surely as it ceases to know what humans are.

Even as we see that happening all around us, we who are not ashamed to admit that we know better (because God has graciously given us this knowledge) must continue to resist, to challenge, to ask the root question, lest such government disappear from the face of the earth, not by defeat but by default. You who would be teachers, who do you say those children are? You who would be doctors, who do you say your patients are? You who would govern us and defend human rights, who do you say humans are? You cannot nurture, you cannot heal, you cannot properly order anything until you know what it is. We in the Church know. We will be neither silent nor silenced.

Second, as the Church founded upon Peter’s reply, we must never stop answering Jesus’ question, not just to him but also to the least of his brethren. The unborn child cries out, “My father says I am an accident. My mother says I am an obstacle. My doctor says I am a danger. But you in the Church, who do you say that I am?”

The infirm person cries out, “My doctor says to me, ‘You are a hopeless case.’ My insurance company says, ‘You are a losing deal.’ My children say, ‘You are a burden.’ And sometimes I even say that to myself. But you in the Church, who do you say that I am?”

And as progress marches on and wanders off, we will face new questions. The cloned person in storage will cry out, “The scientist says to me, ‘You are my experiment.’ The person who commissioned me says, ‘You are my spare parts.’ Those who fear me say to me, ‘You are a monster, a miscreant.’ But you in the Church, who do you say that I am?”

And we in the Church will frustrate the world with our foolishness, for our answers in all of these special cases will be the same as our answer for the completely normal case, for our Lord makes no distinctions on the terms of worldly wisdom. Thus, the common person also cries out, “Some say I am my DNA. Some say I am a product of my society. Some say I am merely a smart animal, a mass of brainwaves, or a calculating will to power. The evolutionary biologist, the psychologist, the environmentalist, the biochemist, the sociologist, the economist, the Ivy-League ethicist, they all call me something. But you in the Church, who do you say that I am?”

And we will never stop proclaiming the gospel response to that first and foundational question. We answer to anyone and everyone from the greatest to the very least: “The Body of Christ loves you with all that we are for all that you are. We claim you all for the human family. Who are you? In Christ you were created and redeemed, and in him you are a child of the Living God.”

Upon this rock our Lord builds us, as the very gates of hell rage impotently on. •

This article was delivered as an opening devotion for the Lutherans for Life National Convention in Appleton, Wisconsin in October of 2002.