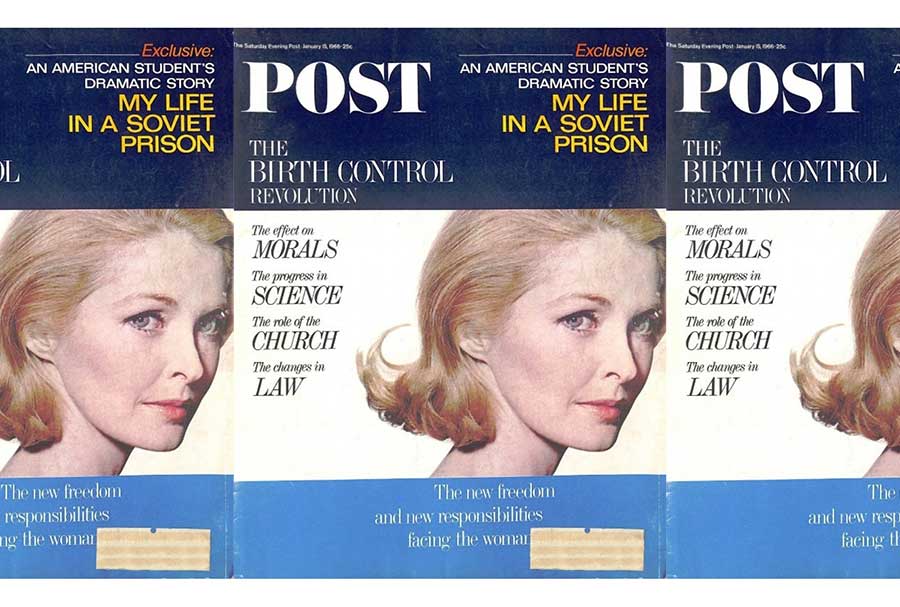 On January 15, 1966, The Saturday Evening Post ran a cover story promoting the use of contraceptives. Below we have reprinted excerpts from that article to give readers a look at how contraception advocates framed these questions 57 years ago this month.

Neither the Old Testament nor the New specifically forbade contraception. The web of prohibition was purely an interpretation, woven by Popes and bishops and strengthened by the authoritarian tradition of the Church.

[Note: While all Christian churches opposed contraception up through the early twentieth century, the campaign against contraception flowed almost entirely from Protestant circles. In this excerpt, the Post employs a tactic, first developed by Margaret Sanger, to portray opposition to contraception as a foreign, Roman Catholic imposition on Americans.]

But although the effect of the birth-control revolution upon the nation remains in doubt, there is no question that it will have an enormous impact upon marriage in America and the American family. Birth-control advocates speak of a strengthening of love between husband and wife once the fear of unwanted pregnancy disappears from sexual relations; they predict an easing of family financial strain and warmer relationships between parents and children as other stresses are removed.

“Anyone over 21, however, is a free agent,” Doctor Johnson remarked, although he said he had actually prescribed the pills for only two unmarried students, and both of them were planning to be married. He added that if a girl asked him for a pill prescription, he wanted to know why she wanted it. “I want to feel I’m contributing to a good solid relationship and not to promiscuity,” he said.

With the deterrents reduced or gone, many people believe that the foundations of contemporary sexual morality may be threatened, especially the morals of the young. . . . One [college health officer] said that when a girl at a Midwestern college recently made a request [for birth-control pills], she was asked, “How old are you?”

“You have a particular man in mind?”

“Have you ever stopped to think that you might someday want to marry a man who holds virginity in high regard?” the doctor then asked.