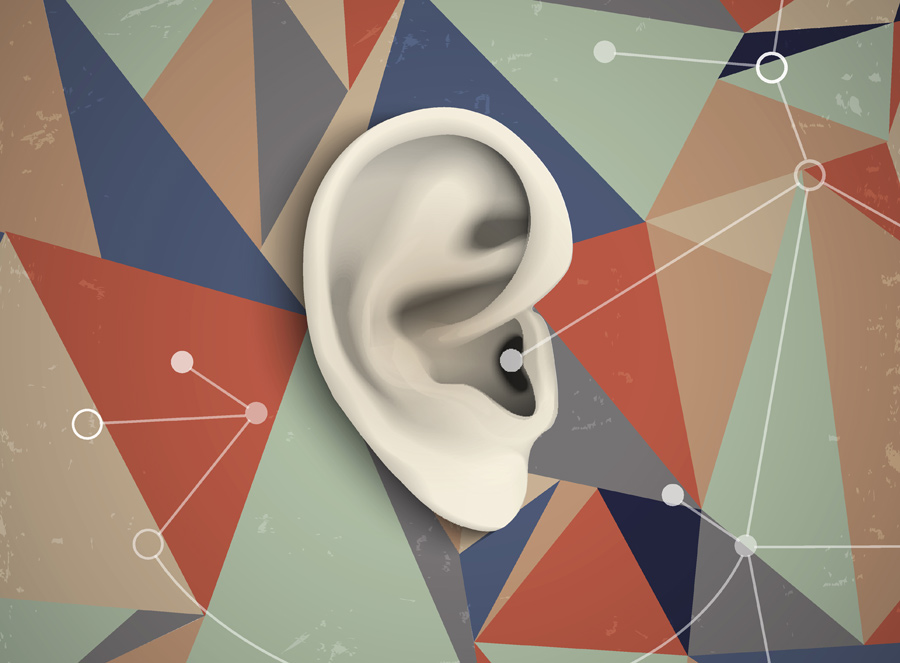 Harry M. Cheney on God's World Through the Ears of a Movie Sound Editor

"This is my father's world, and to my listening ears, all nature sings, and round me rings the music of the spheres." —Maltbie Davenport Babcock

The ear is a wondrous creation, God's own Rube Goldberg contraption with a drum, a hammer, and an anvil for percussion and a whole string section of finely tuned hair follicles that interpret the rhythm and make sense of the beat. And, oh, what a cacophony! Imagine if you could hear a recording of every sound that has passed through this miraculous widget in your lifetime: the carefree laughter of your children, the shouts of recrimination and anger, the happy chatter of family around the Thanksgiving table, the muted weeping of the bereaved at a funeral—a symphony of emotion where a mournful adagio is followed by a rousing chorus of joy, a soundtrack rich with God's love, grace, and mercy.

I find the modern recording device to be (almost) equally wonderful. Based on the same principle as the ear, a drum-like membrane (the microphone) moves sympathetically to incoming vibrations, which are translated into weak electrical signals. These are then boosted by an amplifier that causes a larger membrane (the speaker) to accurately duplicate the vibrations picked up by the microphone and turn them back into a recognizable facsimile of the original source audio. We have lost our sense of wonder if we don't find that utterly amazing.

The Emotive Power of Sound

With these two inventions—the microphone and the speaker—I have made my living for the past thirty-plus years as a motion-picture sound editor. Now, as a university professor, I try to instill in my students an appreciation for the emotive power of sound.

Almost everything you hear in a modern movie or TV show has been added after the filming is completed. Everything from footsteps to gunshots, car crashes to kisses, has been meticulously selected to enhance the story. Our purpose is not necessarily to duplicate the exact sound an object would make. Emotion will almost always trump authenticity in search of human truth.

For example, a handgun is a highly machined tool that shouldn't make a noise when raised to a shooting position. Not so in film, where every movement of a weapon is accompanied by an ominous "click." We have used everything from a broken rifle to a doorknob to get this sound, and it is quite effective in conveying menace. Multiple sounds of varying strengths, frequencies, and origin are often layered, like a symphonious chord, for a single sound effect. The sound of Rocky punching his opponents, for example, contained fifteen or more elements for each punch, including explosions and car crashes.

Audio carries the emotion in a film. Images can certainly convey meaning, but ultimately, a gun is just a gun and "a kiss is just a kiss." Add a soaring musical score to that kiss, however, and the fate of the world is in the balance as Rick and Ilsa embrace in that backwater burg called Casablanca. The movies of Steven Spielberg would be greatly diminished without John Williams's ascendant scores. "Without John Williams," Spielberg has said, "bikes don't really fly, nor do brooms in Quidditch. There is no Force, dinosaurs do not walk the Earth. We do not wonder, we do not weep, we don't believe."

And, I might humbly add, without the sound of footsteps, the actors will appear to float. In post-production we have a process called "foley." On a sound stage, a "foley artist" will perform customized sound effects to a projected picture. Everything from footsteps to earthquakes is added to the film, and it is the performance aspect of this process that best captures the purpose of post-production sound: how does it feel? No matter what sound we are going for, before we push the record button, we invariably say: "Let's try it and see if it works." The right sound will bypass your defenses and touch something elemental inside of you. If the sound crew feels that emotional connection between picture and sound, then so will the audience.

A Place of Dissonance

Harry M. Cheney worked as a sound editor in Hollywood for thirty years and teaches at Chapman University’s Dodge College of Film in Orange, California. He and his wife attend Calvary Chapel in East Anaheim.