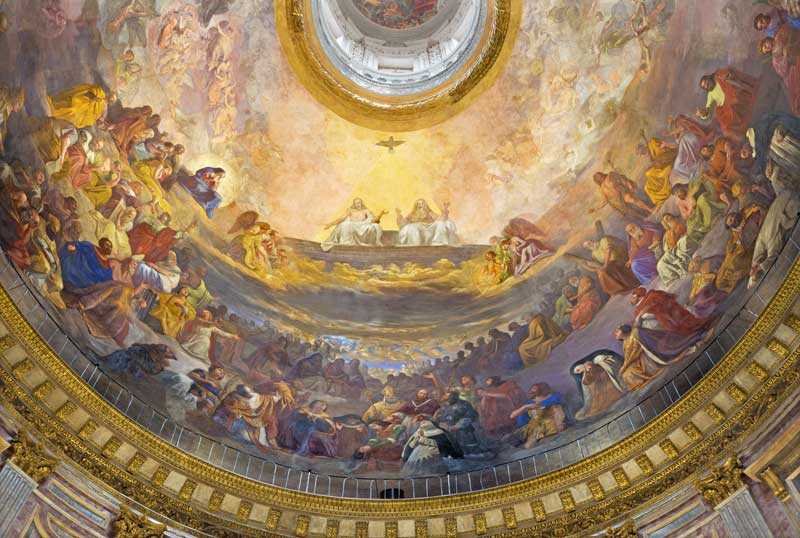 Carl R. Trueman on the Doctrine of God & Expressive Individualism

There can be little doubt that we live in an age where the individual is sovereign. Whether it is commercials selling products on the basis of how they will make us feel or parents suing schools for refusing to allow their children to attend class dressed in any way they choose, ours is a world where individual rights and demands carry a peculiar weight. And the result is that our institutions, particularly our voluntary institutions, are more like boutiques competing for customers in the marketplace of self-fulfillment. Colleges sell themselves on the basis of allowing students to find themselves and reach their potential. And churches promote their programs as sources of personal happiness and well-being. Religious and irreligious, we are all expressive individuals now, seeing the purpose of life as feeling good and anything that hinders that as being evil.

The question of how to counter this and to recapture the New Testament's vision of the Church as a body of believers who find their identity not in themselves but in love of God and of each other is a pressing but difficult one, made more so by the fact that our problem is in part the result of something we all consider good. Freedom of religion is a wonderful thing. Who wants to live under a regime where simply gathering together in the Lord's name might merit prosecution, incarceration, or even death? It is good to worship without fear of reprisals.

A Vision of God in His Glory

If the problems of consumerist Christianity are so deeply entwined with the pathologies of the wider culture, from its cult of the independent self to its imperious belief that personal happiness is the great criterion of truth, then it is easy to despair. How, as Christians, do we break from this seductive cage in which we find ourselves and in which too often we enjoy being confined? And how do we persuade the rising generation that Christianity is not simply one possible option available for finding happiness and satisfaction in this life but rather is the very meaning of life itself?

I would like to suggest that one vital part of the answer is to be found in that most difficult and yet glorious of Christian teachings, the doctrine of God, particularly the doctrine of God as he is in himself. If patriotism leads individuals to see themselves (and if necessary, sacrifice themselves) in light of a larger, greater reality, that of the nation, so Christians stand or fall by whether they see the God they worship as truly greater than themselves. A God who is simply man writ large is no more worthy of devotion, and no more captivating to the imagination, than a sports hero or a movie star. Only as our imaginations are taken captive by a vision of God in his glory will we see any change in the wider malaise of modernity which afflicts our religious institutions.

I have some personal grounds for believing this can be done. Each year I teach an undergraduate course on the doctrine of God, and each year I am delightfully surprised by the effect it has on many students.

My audience is primarily Protestant and, within that broad category, mainly Evangelical. I begin the course by pointing the students to the fact that much of Evangelical piety is concerned with what God does for us. Forgiveness, justification, sanctification, and glorification are all aspects of salvation and also form the staples of traditional Evangelical hymnody. And that is good and appropriate: God is a gracious God; salvation is a glorious thing; it is right and proper that we give thanks to him for the work that he has done, continues to do, and will complete in us through the Lord Jesus Christ. And the Bible itself sanctions such doxology: the Psalter, that great benchmark for all Christian praise, contains many passages praising God for his actions in salvation.

Yet the psalms do more than that. Indeed, in the Psalter, praise for God's actions rests upon prior assumptions of who God is in himself. Indeed, the Psalmist often praises God simply for being God. I point the students to a simple but important truth: God as God is worthy of praise, prior to any consideration of what he has done.

A Mystery to Be Adored

That is the starting point for the course proper. We look at various biblical passages—Genesis 22, with God's terrifying command to Abraham to sacrifice Isaac; Moses on Sinai, glimpsing only the hind parts of God as he passes by—in order to see something of the otherness and the incomprehensibility of God as set forth in the Bible. Then we look at classic texts of the early Church, particularly sections of Irenaeus's Against Heresies,Athanasius's On the Incarnation, and Gregory of Nazianzus's Five Theological Orations. Again and again I point students to the beautiful way in which the early fathers saw God's transcendence not as a problem to be solved, still less as a roadblock to faith, but rather as a mystery to be adored.

And each class is structured in a manner that borrows from Dorothy Sayers: we look at the dogma of the Church, how it connects to the drama of the biblical narrative, and how it informs the doxology of the people of God. Thus, every class culminates in looking at a great hymn or prayer from Christian history that articulates in praise the truth about God that formed the subject of the class.

As the course progresses, what is striking to me is how the students come to realize that so much of what passes for Christian teaching and worship in the Church today is little more than the concerns of our wider culture expressed in a Christianese idiom. One case in point, which I look at in detail, is the Lauren Daigle song, "You Say," which won the award for Best Contemporary Christian Music Performance/Song at the 2019 Grammys. When juxtaposed with the glorious reflections on the mystery of God's being found in Nazianzus, the students see it for what it is: a song in which God is nothing more than a therapist or a reassuring friend. He is a small god, no more than a boyfriend who is always there and who never says a
cross word.

more on theology from the online archives