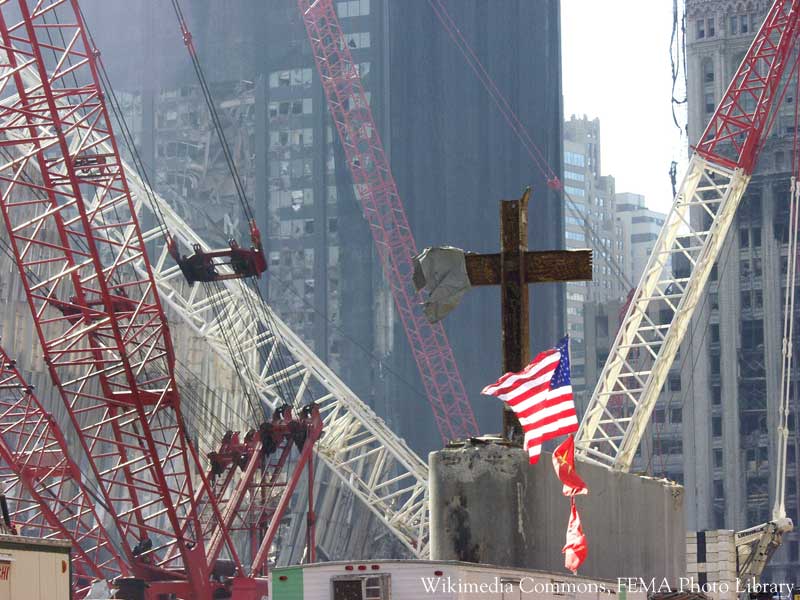 James M. Kushiner on Signs of Mercy & Judgment at the World Trade Center

September 11, 2021, marks the twentieth anniversary of the terrorist attacks on the United States of America. Around the globe, 9/11 means different things to different people. To those with anti-American sentiments, it was a well-deserved attack, inflicted by brave suicide bombers. To Americans and many others, it was a treacherous and cowardly attack on innocent citizens from dozens of countries. Almost everyone recalls the vivid images, especially at Ground Zero in New York, but while the images remain the same, they, too, are interpreted differently. The flames of the burning towers incited terror in the victims, but to the terrorists, the flames were glorious gates opening into paradise as a reward for their acts.

Because of such evil in the world as 9/11 displayed, men have always asked probing questions about God's purposes and providence. When an ancient "tower of Siloam" fell, killing innocent people, Jesus was asked to say something about it. The fall of the Twin Towers also naturally elicited questions of God's presence and providence in the face of such human evil. Where was God when the towers fell? There were two signs at Ground Zero, one well known, the other not so well known.

On September 13, with hopes fading of finding survivors of the attack, rescue workers at the World Trade Center (WTC) managed to recover only three bodies from Ground Zero. Toward evening, Frank Silecchia entered the ruins of WTC Building 6, on the edge of the massive, smoldering pit of destruction. Only eight stories tall, Building 6 had been gutted by the collapse of the North Tower, while three exterior walls remained, creating an eerie-looking amphitheater or "cathedral," as some witnesses called it. Inside, Silecchia saw a 17-foot iron I-and-H-beam cross standing nearly upright in the ruins, open to the sky, with one of its arms wrapped in twisted sheet metal, reminiscent of the cloth often placed on crosses on Good Friday. "It dropped me to my knees in tears," he recalled.

Silecchia painted the words "God's House" on one of Building 6's concrete walls, and the word of the cross spread. On October 3, workmen cut the cross from its mooring in the concrete foundation (it had not fallen into place). The next day, they anchored it onto the top of the retaining wall of an elevated walkway nearby. Thus elevated, it could easily be seen by many. From then until the end of May 2002, a service was held every Sunday at 10:30 at the "Ground Zero Cross," which had become a place of prayer and spiritual consolation for many. The cross is now housed in the National September 11 Memorial & Museum.

On the evening on which the cross was discovered, many churches in the U.S. had just observed Vespers for the Feast of the Exaltation of the Holy Cross. This feast has been celebrated on September 14 since the fourth century and begins with Vespers the evening before. Was it merely a coincidence that at Ground Zero, a large cross, the quintessential sign of Christ's salvation of mankind, was discovered on the very day on which the Holy Cross is honored?

The cross was not the only spiritually suggestive discovery at Ground Zero. There was also a photograph taken on January 31, 2002. Gary Suson, with official approval, began taking pictures at Ground Zero on 9/11 and didn't stop until May 2002. As firemen, policemen, paramedics, sanitation workers, ironworkers, and crane operators searched first for survivors, then for human remains, Suson photographed these rugged miners of the dead at work, at rest, at prayer, and occasionally in attentive silence as stretchers draped with flags covering human remains were solemnly borne out of the pit during those long months.

"The pile," as the rescuers called it, was a massive burial pit. The rescuers searched day and night for months, digging through mountains of debris for human remains, hoisting five-gallon cans of material to be sifted for body fragments. Of the 1,859 victims, only 292 bodies were found intact. Nearly 20,000 pieces of bodies were removed. Of those, roughly half were identified with 1,600 of the victims. No traces of the other victims have ever been found.

Suson later wrote, "The things I was seeing were too much to bear. I am not trained for wartime photography and the sights that go along with it. This was a war zone and it was taking its emotional toll on me." On January 31, 2002, midway through his grim season working the pit, while scouting for items that might speak to future viewers of his photographic record, Suson's eyes were drawn to a bunch of charred papers sticking out from a dangerously steep incline of debris. He photographed them and then removed the top paper. Underneath was a section of "charred pages from a Bible." Before he could examine them, he was summoned to a recovery in process. Before leaving, he quickly leaned over and snapped two more photos.
That night, the Bible pages were swept away in a huge rainstorm, never to be seen again—but the exposed page had been captured on film. The next day, Suson reviewed his proofs of the vanished Bible pages. On the first page, he saw a black chapter number "11" in the right-hand column, a typographical symbol of the twin towers and a mirror of the 11 in 9/11. This and the words right above the "11" stunned him—a bold heading announcing the eleventh chapter of Genesis: "The Tower of Babylon."

Suson later wrote that he took the "symbolism of the '11' and the 'Tower' as a positive sign that God was watching over the victims in their last moments, and that He was also watching over this hallowed ground during the recovery efforts." The image gave him hope: "Finding the Genesis 11 Bible page gave me the strength to continue with my duties." Another man might have seen this reflection of ancient Babel as a distant mirror of the Twin Towers, a sign of divine judgment against the hubris of modern man. Perhaps it was both a sign of judgment and of God's awareness and providence. He judges because he loves mankind.

Neither Gary Suson nor Frank Silecchia was looking for what each of them found. They were simply looking to do their jobs in the pit. The signs they received came not from within themselves but from without. The past stepped forward and spoke. The story of the Tower of Babel comes from near the dawn of civilization and speaks of the judgment of God. And the Holy Cross, as celebrated on September 14, commemorates not only the discovery of the Cross in Jerusalem by Helena, but also, and principally, the world-changing crucifixion of Jesus of Nazareth "under Pontius Pilate."